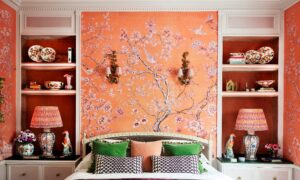 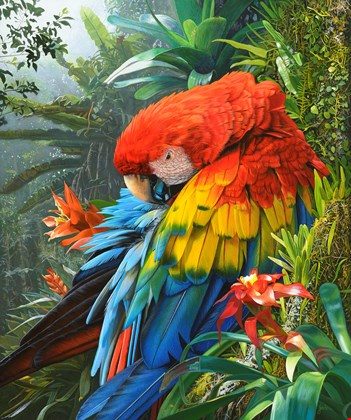 The Art Renewal Center (ARC), a non-profit educational foundation dedicated to realist art and skill-based training techniques, has just announced the winners and finalists of their 12th International ARC Salon Competition. The most prestigious realist art competition in the Americas and perhaps the world, the International ARC Salon offers over $100,000 in cash awards and international recognition through partnerships with prestigious magazines, galleries, museum exhibitions and a strong online presence. This year they have included 1,006 finalist works by 640 artists from 63 countries, representing 32 percent of the total works submitted.

ARC has acquired 14 new works for the ARC collection, valued at over $130,000. This year the Best in Show went to Tenaya Sims, for his painting of Semillas, meaning seeds. A large 99 x 70 inch symbolic work, this painting’s imagery brings to the mind of the viewer ideas about the creation, as figures in the fiery droplets fall into the ocean planting the seeds of primordial life. Sims recollects a childhood memory of burning a ballpoint pen and watching the ink burn into fiery droplets as the possible inspiration for this painting.

The Bouguereau Award went to the runner up for best in show, The Performance, by Nick Alm. This Sargent-esque work, inspired by Burlesque dance, captures subtle human emotion in dramatic lights and darks.

The winner of The Da Vinci Initiative Award for the Young Aspiring Artist, ARC’s independent side-competition for realist high-school artwork that was first introduced this year, went to 15 year old Ray Wanda Totanes, for her painting, Perception of Self. She has studied at Artalyer Workshops and Studio, located in Quezon City, in the Philippines where she has been apprenticing under Mr. Alfred Galvez for the past two years.

About the work, Ray says, “In this piece I look upon my 15 year old self without holding back any criticisms as I am aware that this girl is only just a fleeting memory of the past immortalized in an image.” ARC says that they are “inspired to see this powerful self-portrait created by a 15 year old student, proving that high-school aged students are capable of learning these skill-based techniques and incorporating them into unique images with a unique voice.”

In addition to these awards they have two museum purchase awards that have been given out by the MEAM museum in Barcelona Spain. These awards went to Dirk Dzimirsky for his drawing titled Happy Birthday, Tristesse, and Mathias Bader’s sculpture of Sitting Man. These works will go into the MEAM’s permanent collection. Also, three magazines, Fine Art Connoisseur, PleinAir Magazine, and Collection Magazine, have given out a total of 7 awards to artists, and there will be a featured article on each of these artists in these prominent publications.

The Oil Painters of America, an ARC Allied Organization®, has participated in the ARC Salon this year by awarding a $1,000 prize to Michele Del Campo, for his painting, The Argument, which embodies the beliefs and goals of the OPA. ARC will also be working with Rehs Contemporary Galleries and Arcadia Contemporary to mount an exhibition and sale at each of these influential establishments for artists chosen by these galleries in coordination with ARC, selected from ARC Salon Finalists. The gallery award from last year’s competition is still on view at Rehs Contemporary Galleries through November 18th. These new shows for the 12th International ARC Salon Gallery Award winners, will be held in 2017 or early 2018, exact dates to be announced.

This year ARC had 11 judges who donated their time and efforts in selecting in addition to Best in Show, the 1st, 2nd, and 3rd place awards in eight respective categories as well as special awards for Most Ambitious Work, Best Nude, Best Social Commentary, Best Trompe l’Oeil, and their Dual Category Awards of which there were three this year that ranked highly in more then one category. Lastly, the ARC Chairman, Frederick C. Ross selected six Chairman’s Choice Awards and the ARC Staff selected an additional eight works to be recognized.


ARC is now starting the selection of approximately 75 works for a live version of the ARC Salon that will travel from the Salmagundi Club, New York, New York where it will be on exhibition from May 12th – June 1st of 2017 to The MEAM Museum in Barcelona, Spain where it will be on view from September 23rd – November 27th, 2017. While in Barcelona, the ARC Salon’s works will be mounted at the same time the MEAM mounts its 9th Figurativas Painting and Sculpture Competition.

The MEAM competition is organized by the Foundation of the Art and the Artists, which is, along with the ARC Salon, the other most important competition for representational art in the Western world. They will be holding a joint award ceremony for the winners of the ARC Salon and Figurativas Competitions in September of 2017 at the MEAM. Updates and additional information about the live exhibition of the ARC Salon can be found on the Live Exhibition page they have created for the selection process.

For their next, 13th International ARC Salon, they have announced that they will be introducing a 9th category for Plein Air works, sponsored by the California Plein Air Painters and the Masters of Plein Air Academy which they say is “to bring attention to this special genre, style and technique, which deserves its own recognition as a major component of the representational art movement.” They have also announced that they will be furthering involvement from thier ARC Allied Organizations and other like-minded artist groups by allowing artists to affiliate themselves with these groups during the entry process. They say, “This will allow for additional publicity for these organizations by showing finalist and winner affiliations when they post the results of the next ARC Salon.” They will be accepting entries to the 13th International ARC Salon from August 1st – November 15th, 2017. More information on the ARC Live Exhibition will follow in the weeks and months ahead.