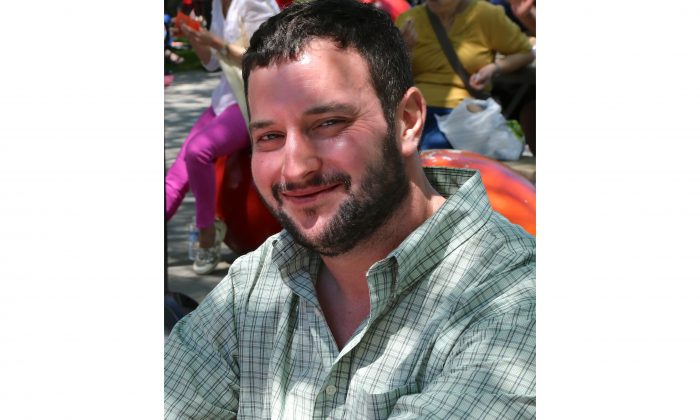 ARC Poetry Magazine, one of Canada’s longest-running literary magazines, is dedicated to publishing the best of Canadian poetry. The magazine is in its 36th year and going strong.

Managing editor Monty Reid held court at the ArtsPark Festival in Ottawa on May 31, one of three poets at the magazine’s booth.

“Our magazine averages between 140 and 160 pages, and about 100 pages of that is poetry. Poetry is what we do; we don’t publish fiction. We have interviews with poets, we have more book reviews of Canadian poetry than any other magazine, and we’ve published most Canadian poets over the years,” Reid explained.

Reid said the magazine receives about 3,000 submissions online every year from poets across Canada looking to be published.

ARC is published three times a year and includes about 40 poems per issue, with a few more included in the online edition.

“We print about 1,300 copies per issue, and about 500 of those go to individual subscriptions, and about another 500 go through bookstores,” said Reid. Poetry lovers who want to see what they’ve been missing can get back issues at a reduced rate.

ARC sometimes publishes theme issues that are dedicated to different motifs. The “North” issue focused on “writing coming out of Canada’s high latitudes, with writers from Labrador, Yukon, Northern B.C., and other points north, complemented by a variety of Arctic-polished writers from across Canada and beyond,” says the magazine’s website.

Matt Jones was on hand as a “poet for hire” for part of the day. Using a manual typewriter for an authentic retro look he penned a poem “in just a few minutes” for a woman who wanted him to write about her husband’s large red beard.

Ode to a Beard
Soft like tender spring grasses, no lukewarm blonde or brown.
But instead this vivid blaze – copper tubing, orange peels, fire.
Fire flicks like quickened pulse.
Fire that forms on Ottawa nights, when breath escapes like ragged ghosts.
The invisible becoming visible, like my love in a poem.

In addition to writing poetry, Jones has been a naval reservist for about 12 years. “I am a sailor by trade so I’ve done a lot of different contracts on ships. I also did a tour of Afghanistan. Right now I have my name in for potentially doing a tour in Bahrain,” he said.

As busy as he is with the navy and writing, Jones is also working on a Master’s degree in English.

ARC has an annual Poem of the Year contest that accepts submissions from around the world. The winner receives $5,000. Readers can participate by voting on a shortlist of the submissions for the Readers Choice Award.

The Ottawa-based magazine is run by a volunteer board comprised mostly of poets. So the writers, along with a lot of volunteers, also do duty as visual artists, editors, and book reviewers to get ARC out the door.

The magazine has moved with the times and embraces the Internet to reach as large an audience as possible.

“If you look on Facebook right now we’ve got pictures from today. If we waited for the next issue to come out it would be three months from now. So there’s an immediacy that it gives us. And there’s certainly an enlarged public as well.”