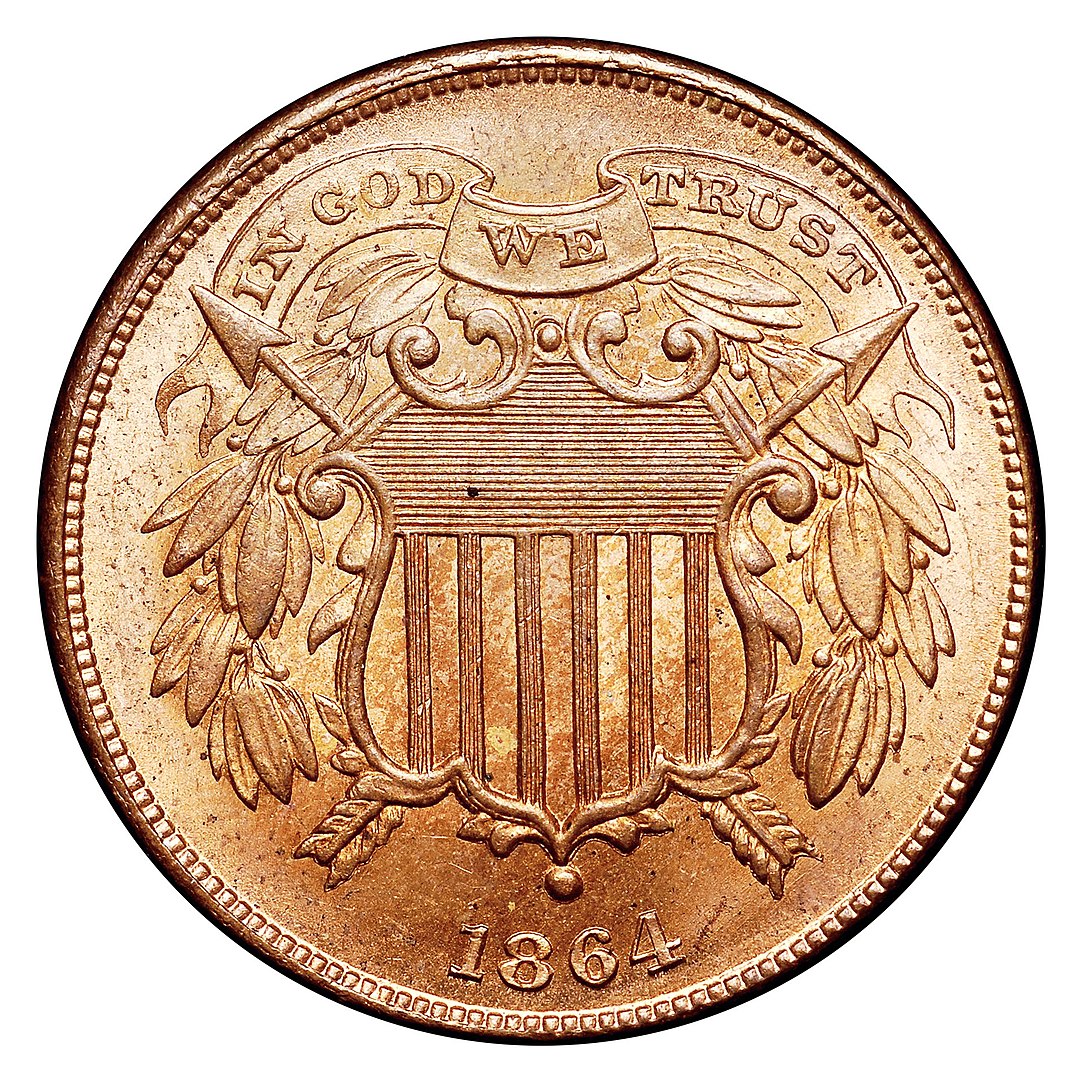 "In God We Trust" first appeared on the obverse side of the two-cent piece in 1864. (Public Domain)
Arts & Tradition

Antidotes to Ideology: Art and Faith

“More than half a century ago, while I was still a child, I recall hearing a number of older people offer the following explanation for the great disasters that had befallen Russia: ‘Men have forgotten God; that’s why all this has happened,’” said Aleksandr Solzhenitsyn in 1983 when he accepted the Templeton Prize for Progress in Religion.

Nearly a century has now passed since Solzhenitsyn’s childhood, and here in America many have not only forgotten God but also, over the years, some have worked to abolish altogether any hint of Divine Providence from the public square.

Our coins still bear the official motto of the United States—“In God We Trust” along with the word “Liberty”—but most of our officials and politicians leave their religious beliefs at home. In our society, faith all too often resembles the water of the pond near my house this January; passersby know the water exists, but it is concealed by a thick sheet of ice.

Yet cracks can and do appear in that ice.

A Stunning Cry From the Heart

In a recent essay “Is It Time for Intellectuals to Talk About God?” feminist author and cultural commentator Naomi Wolf discusses COVID-19 and the efforts by government and big tech to suppress any information that contradicts the prevailing narrative of the pandemic. Wolf is particularly outraged by the readiness of her fellow liberals to squash opinions and data opposing that narrative.

And then her argument takes a shocking turn:

“I felt around us, in the majestic nature of the awfulness of the evil around us, the presence of ‘principalities and powers’—almost awe-inspiring levels of darkness and of inhuman, anti-human forces. In the policies unfolding around us I saw again and again anti-human outcomes being generated: policies aimed at killing children’s joy; at literally suffocating children, restricting their breath, speech and laughter; at killing school; at killing ties between families and extended families; at killing churches and synagogues and mosques; and, from the highest levels, from the President’s own bully pulpit, demands for people to collude in excluding, rejecting, dismissing, shunning, hating their neighbors and loved ones and friends.”

Wolf then addresses the restrictions imposed by our politically correct culture on discussions of God:

“It was not always the case that Western intellectuals were supposed to keep quiet in public about spiritual wrestling, fears and questions. Indeed in the West, poets and musicians, dramatists and essayists and philosophers, talked about God, and even about evil, for millennia, as being at the core of their understanding of the world and as forming the basis of their art forms and of their intellectual missions.”

Having surveyed what she considers the evil growing in our culture, Wolf offers this conclusion:

“It is time to start talking about spiritual combat again, I personally believe. Because I believe that is what we are in, and the forces of darkness are so big that we need help. Our goal? Perhaps just to keep the light somehow alive—a light of true classical humane values, of reason, of democracy, inclusion, kindness—in this dark time.

“What is the object of this spiritual battle?

“It seems to be for nothing short of the human soul.”

Many people today, particularly our leaders, have forgotten that America was founded on Judeo-Christian principles. The men and women who helped give birth to the United States of America varied in their religious beliefs and their fervor, but even deists like Thomas Jefferson understood that without morality and a belief in Divine Providence the republic could not survive.

Biblical principles coupled with the influences of writers ranging from Cicero to John Locke gave Americans their laws and means of governance, which applied to all citizens whatever their religious faith. Some of the Founders were explicit in recognizing the gifts of Christianity to the new nation. As Patrick Henry wrote: “It cannot be emphasized too strongly or too often that this great nation was founded, not by religionists, but by Christians; not on religions, but on the gospel of Jesus Christ. For this very reason peoples of other faiths have been afforded asylum, prosperity, and freedom of worship here.”

And until the middle of the 20th century, faith played a role in our politics and culture. Americans as different as Abraham Lincoln and Harriet Tubman invoked the Almighty without shame or apology. Prayer was common in schools. In his address to the troops setting out to invade France on D-Day, General Dwight Eisenhower stated, “Let us beseech the blessing of Almighty God upon this great and noble undertaking.”

How far we have traveled from those ready recognitions of a deity is apparent to anyone who even casually examines our culture today. “The past is a foreign country,” L.P. Hartley wrote in his 1953 novel, “The Go-Between.” “They do things differently there.”

When we put aside the divine, when we instead worship Mammon and celebrity, we diminish our culture and ourselves. We elevate the body above the soul, the material above the metaphysical. In doing so, we give up a piece of our humanity and may even become prey to dangerous enemies, the grim fanatics of extreme ideologies.

In his book “Beauty Will Save the World: Recovering the Human in an Ideological Age,” Gregory Wolfe sums up the damages done by ideology to the human soul: “The political expression of modernity, of course, is the ideological regime, founded on a rigid system of abstractions which are imposed on society by force. … Ideology involves a fundamental alienation from being.”

If we study those words, we find they explain many of the wars and the murderous policies of certain governments over the last hundred years. Nazi Germany, Soviet Russia, Communist China: What are these and dozens of smaller powers if not regimes imposing abstractions by force?

And now we in the United States find ourselves increasingly sucked down into the quicksands of ideology. Certain politicians and cultural gurus have introduced measures that we might once have regarded as the marks of tyranny: imposing mandates and masks, demanding changes in language that in turn will alter reality, and ostracizing and denigrating those who oppose them. “In God we trust” is becoming “In Big Brother we trust,” and that transformation can end only in disaster for the bulk of humanity.

So what can we do? How can we resist those who are so keen to direct our thoughts and control our speech, who seem to view human beings as parts in a machine rather than as individual souls, who believe they possess the solutions to all our problems, and that we need only obey them to build our own brave new world?

Gregory Wolfe answers these questions by arguing for a renewal of Christian humanism, “to draw nourishment from the deepest sources of culture: art and religious faith.” He cites artists from all genres, both past and present—musicians, painters, writers— whose work enriches our souls and so enables us to become more fully human.

“After centuries of secularization,” he writes, “the West has exhausted the moral and spiritual capital of the Judeo-Christian tradition,” and yet he refuses to give way to despair. Instead, he believes that we can best replenish that worn-out store of Western culture by returning to the traditional union of faith and art.

In her essay, Naomi Wolf makes similar connections. She, too, looks to the past to provide a compass into the future: “I do think we need to call, as Milton did, as Shakespeare did, as Emily Dickinson did, on help from elsewhere; on what could be called angels and archangels, if you will; on higher powers, whatever they may be; on better principalities, on whatever intercessors may hear us, on Divine Providence—whatever you want to call whomever it is you can hope for and imagine.”

By infusing ourselves with the restorative powers of culture, the arts, and tradition, we can guard against the virus of raging and deranged ideologies infecting our time. Not only will we then resist the evils bred by those who are the enemies of all that is sacred, beautiful, good, and true, but we will also preserve the human dignity and the liberty that is our birthright.