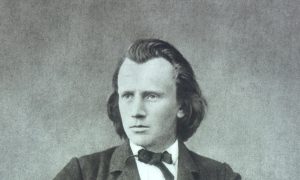 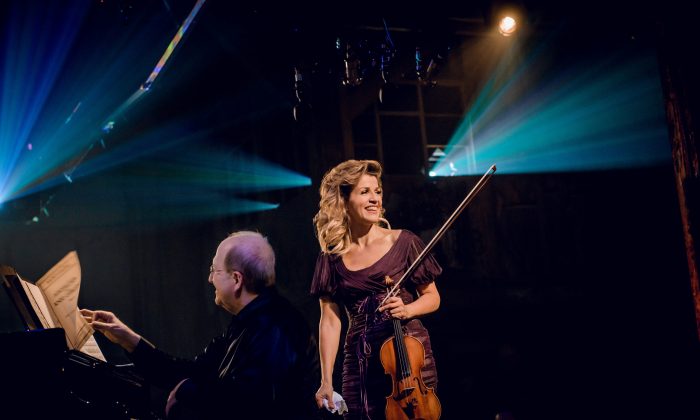 Together with pianist Lambert Orkis, her collaborator of nearly 30 years, they've put together a celebratory program for a US tour
By Catherine Yang
biggersmaller
Print

German violin virtuoso Anne-Sophie Mutter had just played a benefit concert in Leipzig with the Gewandhaus Orchestra under the baton of Herbert Blomstedt. Together, they raised 60,000 euros ($64,845) for organizations providing education to refugee children. These events are common occurrences for Mutter.

In addition to being one of the most renowned musicians today, she is known for her humanitarian work, and she regularly plays at benefit concerts to raise money for a variety of causes.

“I think most of us musicians become musicians because we feel that music can create such a very strong emotional bond, and it’s quite a lasting memory,” said Mutter by phone, two days after the concert. “We dream of enhancing the world or contribute to possibly making it a better place, so that’s how you start off. Then you find out that in fact you can do hands-on things.”

She has also taken matters into her own hands and built two orphanages in Romania, which take care of over 200 children, with funds from several sources: from these concerts, out of her own pocket, and with the help of some partners.

She says her drive for hands-on work might have started when she lost her husband, after watching him battle cancer. She had two young children then; her son had just turned a year old.

“That changes your perspective on life; it’s certainly contributed to it. And the gift of having children is such a mind-blowing, wonderful thing,” she said. “So of course, you want to be a better person, reaching out to others and being more transparent and vulnerable. Feeling their pain and sharing it to make it better.”

It’s actually a give and take, Mutter adds. She feels it’s necessary to exercise empathy in life, and that this work makes her life, and in turn her music, more meaningful.

“There is more than the notes; there is the human being of the composer, as well as the performer as we shine through,” she said. She quoted the devout Russian Orthodox composer Sofia Gubaidulina, likening the notes on the page to a freeze-dried extract of the composer’s imaginings. Mutter said the performer’s job is to bring that music back to life in three-dimensional form and in full color. “That is when the personality of the performer comes into play.”

“Your ability to sense, to know, to analyze but also to feel, to dare to be very personal with that music,” she said. “Because it is more that what is just written there. Otherwise, it would be very easy and very dead, very dogmatic.”

This year marks the 40th since her stage debut in 1977 at age 13. It is also nearly 30 years since she and pianist Lambert Orkis have played together.

Mutter first met Orkis when she made her U.S. debut at age 16 under Mstislav Rostropovich. Orkis was then the regular accompanist of the famed cellist, and they played together for 11 years. But it wasn’t until about eight years later, in 1988, that Mutter and Orkis began to play together, and since then they’ve developed an ongoing partnership—and he really is more of a partner than solely an accompanist. They have rich exchanges of ideas and arrange the programs they play together, Mutter says.

“It’s actually quite wonderful, because it’s a conscious decision to play together. We’re not doing it out of habit. It’s a relationship that’s really a choice we have both made,” Mutter said. They share a sense of adventure and a curiosity that makes working together on and off stage a gift, she said. Orkis and his wife, and Mutter and her children, have traveled the world together.

Orkis is passionate about the piano, and that has led him from a keen exploration of contemporary music in the 1980s and 1990s to historically informed performances of Beethoven’s music. His fresh approach and intriguing viewpoints make for a musical discussion, not verbal but through playing, that is always interesting for Mutter.

“It’s just wonderful to breathe together and sense musical directions,” Mutter said. He has been a great friend with whom she can converse while in concert. “Rehearsing is very important, but you want to have the liberty to take off in a conversation and explore dimensions in a concert. A concert is not a repetition of your rehearsal, so it is great to do that with Lambert, who is very adventurous—if needed.”

“Music is a school of subtlety; to listen when needed and to lead when needed. It is like a life school,” Mutter said.

She and Lambert bega their U.S. tour on March 26 in San Francisco, and will make stops in Chicago; Kansas City; New York; Tallahassee, Florida; Naples, Florida; and Washington. Then in April and May, she will give four performances with the Boston Symphony Orchestra.

This milestone tour is a very special one, Mutter said, and the program they put together is a celebration of their artistic partnership of 29 years.

Mozart was a must, because he was “the composer who really defined the role of the violin as possibly being an equal part to the piano,” Mutter said. The duo will perform the Sonata for Piano and Violin in A major (KV 526), one of the composer’s later works.

Mutter, who is known for exploring interesting contemporary works, will also play a piece by American composer Sebastian Currier, “Clockwork.”

“He’s one of our favorite composers, and for this special program, we wanted to include pieces and composers close to us,” Mutter said. She began working with the composer decades ago, and Currier has written works specifically for Mutter and Orkis.

With contemporary works, Mutter says what grabs her is when she can sense the backbone of classical architecture behind the new sounds—that an innovative piece was the result of mastery of the form and not by chance. And then there needs to be a moment when the music resonates within her heart. With “Clockwork,” there is humor and pizzazz and crazy rhythmic work, Mutter said. “It gives the concert a beautiful edge.”

Then the duo decided they needed to bring Respighi back into their repertoire. Ottorino Respighi was an Italian violinist, composer, and musicologist, and a student of Nikolai Rimsky-Korsakov.

Mutter says she always feels the program should be interesting for the audience in a way that allows them to meet their old friends, like Mozart, but hear some rarely played gems from old composers as well. “So Respighi, definitely. [The Violin Sonata in B minor] is extremely lush and very romantic, and it’s like a voyage through Italy,” she said.

The concert will finish off with Camille Saint-Saëns’s “Introduction and Rondo Capriccioso,” a great showpiece he wrote for the Spanish virtuoso Pablo Sarasate.

It is a concert of many old favorites, some she and Orkis have not played for decades, but there is always something new to find in the music.

Being an artist, you are “always on the quest for another level, a different direction, always exploring,” Mutter said. “It’s like ‘Star Trek’: You’re there to find a new dimension, new life somewhere else, new sounds somewhere else.”