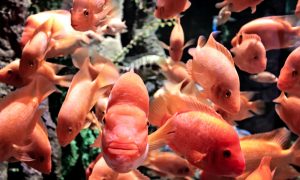 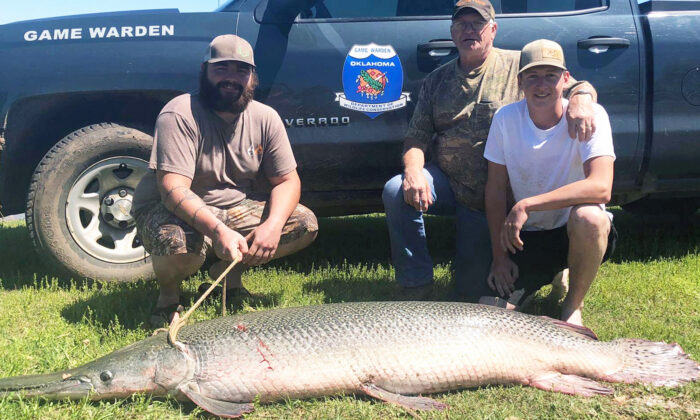 From the archives: This story was last updated in April 2019.

Fishing is more fun than you think, especially when you reel in a big catch after all that anticipation. It’s even more so when you catch a fish that is as tall as a grown-up man.

The fish with an alligator-looking snout was so heavy that Sutterfield had to seek the help of his family members on board the boat to pull it out of the water.

What on earth could that be? The huge sea creature was actually a prehistoric alligator gar—among the largest freshwater fish in North America—estimated to be 6 feet, 9 inches long! Wow!

According to National Geographic, alligator gars inhabit North and Central America, from “as far west as Texas and Oklahoma, as far north as the Mississippi River Basin and the lower Ohio and Missouri river systems, and southern drainages well into Mexico.”

Despite being ginormous and menacing-looking, alligator gars aren’t known to attack people. However, their eggs are poisonous to humans if consumed.

It’s unusual to catch a 6-foot-9-inch, 170-pound alligator gar. Without a shadow of a doubt, Sutterfield was proud of this achievement. He posed for photos with the prehistoric sea creature.

Sutterfield, who advocates for the protection of wildlife, then contacted biologist Richard Snow from Oklahoma Department of Wildlife Conservation so that he could gather data from the fish for important research.

The Oklahoma Game Wardens later uploaded the photo of the giant alligator gar on their Facebook page, writing: “Luckily Nic Sutterfield and Billy Sutterfield were there to help wrangle this big prehistoric fish into the boat!”

Many social media users were amazed by the rare catch.

“Congratulations!! Its a very nice fish,” one user remarked.

Another enthused: “That fish should go on a wall in a natural history museum!!!!”

“Nice!!! This is also why I don’t swim in lakes now that I am aware of what’s in them,” another wrote in jest.

Some commented the alligator gar Sutterfield caught wasn’t the biggest they had come across.

“I really hate to say this but this [sic] but there are much bigger alligator gar than this…,” one said.

Some users were sad to see the fish die.

“Gathered important research? Shot and killed a prehistoric fish and pats themselves on the back. I don’t have to research the fact that these large fish are limited. I don’t agree with killing these fish for fun. Hope that their research will protect them in the future,” one commented.

Whatever your opinion on this matter might be, there’s no denying that the 170-pound alligator gar was an incredible catch.