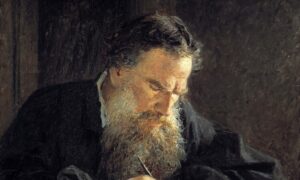 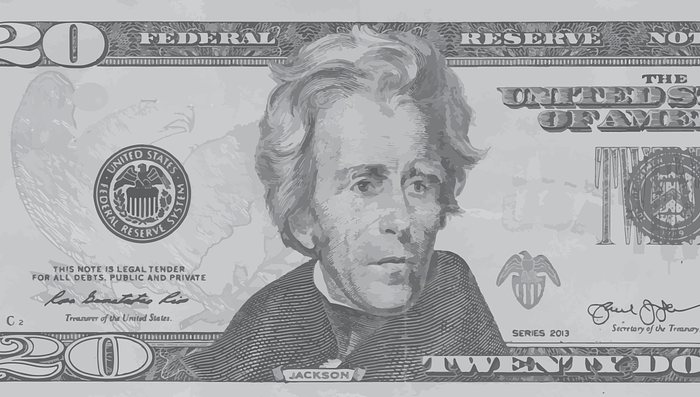 Book Reviews: Andrew Jackson, The Man on the Bill

Andrew Jackson has been pictured on the $20 bill since 1928—a bit of historical irony since he opposed paper money. Known as “the people’s president,” Jackson was elected in 1828, when, for the first time most white-male citizens were able to vote.

I wanted to find out more about him, so I surveyed books on Jackson’s career and accomplishments.

‘Who Was Andrew Jackson?’ by Douglas Yacka

I started with a biography aimed at children but also quite appropriate for adults. Part of the popular Who Was series, this book gave me a satisfactory overview of Andrew’s Jackson’s life and certainly piqued my curiosity.

‘Cross-Examining History: A Lawyer Gets Answers From the Experts About Our Presidents’ by Talmage Boston

After getting an understanding of the basics, I investigated “Cross-Examining History,” written by an experienced civil litigator. He takes the work of a master historian or presidential insider, then interviews that person in front of a live audience, asking probing questions. This interview is taped and later transcribed and edited. The finished product is outstanding.

The section on Andrew Jackson is small but the offering substantial. The author interviewed H.W. Brands, a well-known American educator, author, and historian, who wrote a biography on Jackson. The questions and answers are penetrating and lead to a contextual understanding of the man:

‘Andrew Jackson: His Life and Times’ by H. W. Brands

After my introduction to Brands’s work, I next decided to read his adult biography on Andrew Jackson.

Brands’s grasp on Jackson’s life is exceptional. He details the president’s start in life and the circumstances he overcame, making the reading inspiring. Touching was Jackson’s great love for his wife. From start to finish, Brands engages the reader with every aspect of Jackson’s life.

The book is also invaluable in exploring the partisan politics of early America. Divisive ideas have a long history.

The opening of the book grabs reader interest immediately:

“John Quincy Adams had seen it coming for years. His only consolation was that he had postponed it to now. …Founders had feared that government republicanism would degenerate into democracy: that government of the people would become government by the people. . . Never in history had ordinary people run their own affairs without very quickly running them into the ground.”

‘Andrew Jackson and the Miracle of New Orleans: The Battle That Shaped America’s Destiny’ by Brian Kilmeade and Don Yaeger

I ended my study of Andrew Jackson by reading a current best seller that focuses on the War of 1812, “Andrew Jackson and the Miracle of New Orleans.”

The British did not like losing their American colonies after the first Revolutionary War ended in 1783, and for 29 years the British had failed to respect American sovereignty.

In 1812 the U.S. President James Madison supported going to war for three reasons. The first was the issue of impressment: the taking of sailors from American ships and forcing them to serve in the British navy to fight against France. Second, Britain had imposed a series of trade restrictions. Third, the British were providing supplies to the Native American tribes fighting the Americans who wanted to expand their territory.

The War of 1812 is perhaps best known for Francis Scott Key writing “The Star-Spangled Banner” while watching the bombardment of Fort McHenry in Baltimore from a British ship. Frances Scott Key was there to negotiate the freedom of an American doctor detained by the British.

Andrew Jackson did not participate in the Fort McHenry battle. Jackson’s Battle of New Orleans, the greatest American victory of the war, was fought two weeks after the War of 1812 had officially ended with the signing of the Treaty of Ghent in Belgium. Word of the treaty hadn’t reached the Americans and British in time.

The war was won because the British hadn’t counted on the power of General Andrew Jackson. Against overwhelming odds, Jackson rallied the divided inhabitants of New Orleans, bringing together Frenchmen, Native Americans, freed slaves, pirates, and Kentucky woodsmen.

How Jackson unified these people makes a riveting story and shows how Jackson became popular enough to be elected president.

A Man of the People

Andrew Jackson said about the United States, “Our government is founded upon the intelligence of the people. I for one do not despair of the republic. I have great confidence in the virtue of the great majority of the people, and I cannot fear the result.”

Note: In 2016 the U.S. Treasury Department announced it would remove Andrew Jackson and replace him with Harriet Tubman, a black slave who helped hundreds of other slaves escape north to freedom. The final redesigns will be unveiled in 2020, the centennial of the 19th Amendment establishing women’s suffrage.