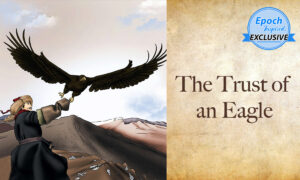 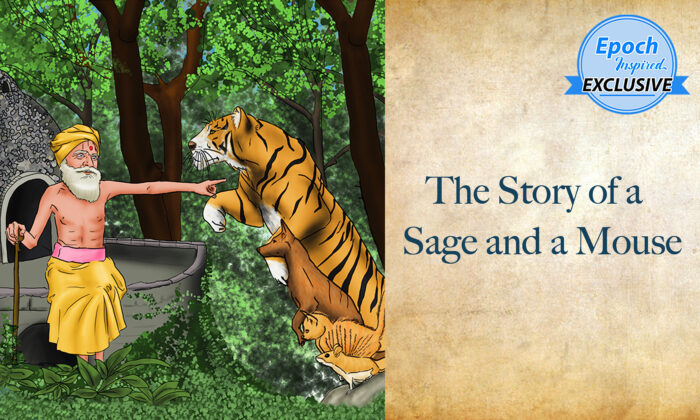 Ancient Tales of Wisdom: The Story of a Sage and a Mouse

“Ancient Tales of Wisdom” remind us of the traditions and moral values that have been treasured all over the world. We hope the stories and messages in our Tales of Wisdom series help uplift the hearts and minds of our readers.

“The Story of a Sage and a Mouse” is a short tale about the virtue of humbleness.

Long ago, there lived a great sage in seclusion at the foot of a mountain on the outskirts of the village of Rangar in India. One sunny day, as the sage sat down outside to have his lunch, a mouse fell from the beak of a crow and landed on the ground near him. He picked up the mouse and took it inside the ashram (a monastery) and fed him some rice.

One day, the sage saw a cat chasing the mouse around the ashram. He was afraid that his pet mouse would be killed by the cat. And with abilities gained through cultivation, he turned the mouse into a cat so that it could defend itself against other cats.

Soon, a dog appeared on the scene and started barking at, and chasing the cat. When the sage saw this, he changed the cat into a dog. One day, his dog was frightened by a tiger. The sage immediately changed his dog into a tiger, once again, using his abilities gained through cultivation.

However, the sage always treated the tiger as if it was still his little mouse. Whenever the villagers passed by the sage’s ashram and saw the tiger, they always said, “Ha! That’s not a tiger! It’s just a mouse that the sage turned into a tiger. He won’t eat us or even scare us.”

When the tiger heard this, he was furious. “As long as the sage is alive, the truth about my real nature will never die. I must get rid of him for good,” thought the tiger, and so decided to kill the sage.

But as soon as the sage saw him coming toward him, he knew what was on the tiger’s mind, and he shouted, “Get back into your true form as a mouse.”

No sooner had he uttered these words than the tiger shrank and became a little mouse once again. The sage looked at him with pity and said, “Whether one is large or small, it’s good to be humble.”

Share your stories with us at emg.inspired@epochtimes.com, and get your daily dose of inspiration by signing up for the Epoch Inspired newsletter at TheEpochTimes.com/newslette