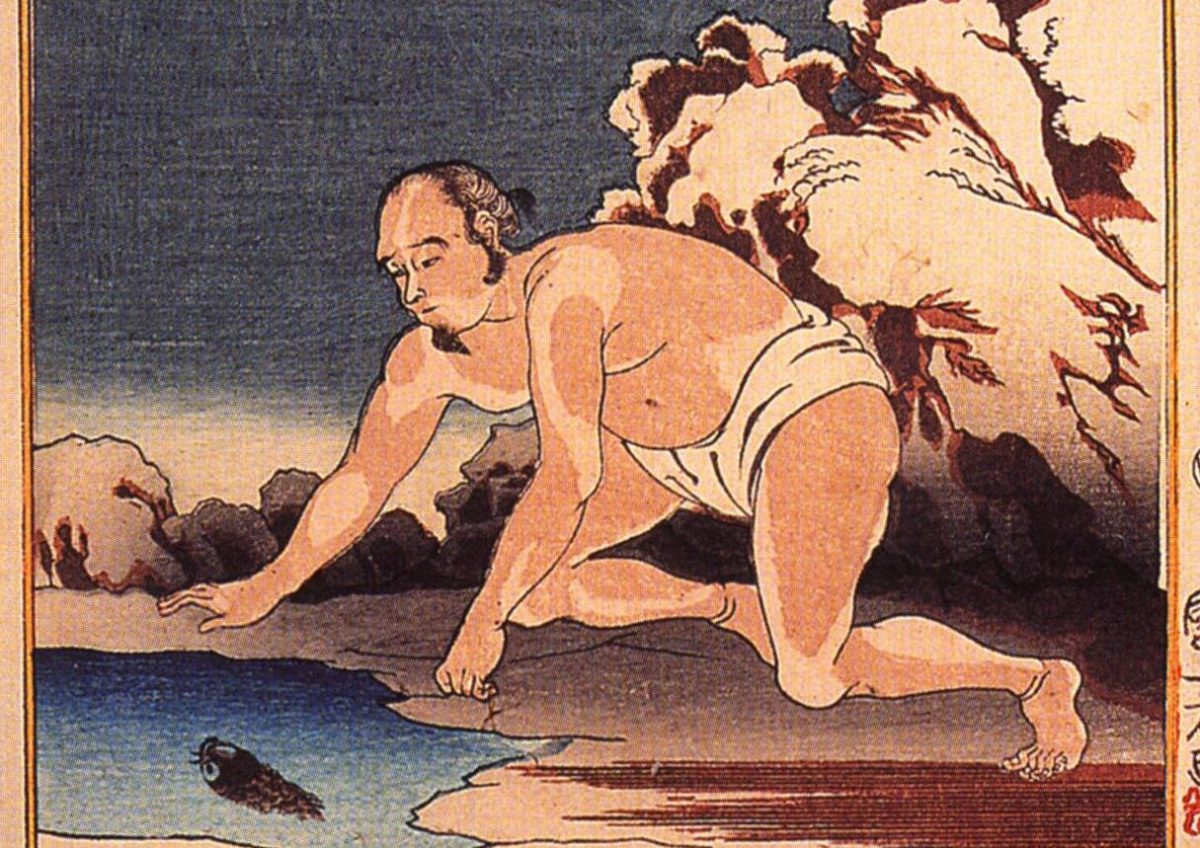 A depiction of Wang Xiang by Utagawa Kuniyoshi. When his stepmother craves fish in mid-winter, Wang Xiang takes off his clothes and lays down on the frozen river to melt the ice. After his prayer, a carp leaps into his hands. (Public Domain)
Arts & Culture

A man named Wang Xiang lived during the Jin Dynasty. He was well-known for his filial piety. Wang Xiang’s mother died when he was a child. His father remarried and his stepmother hated him. She frequently beat him and blamed him for the smallest things. Soon, Wang Xiang’s father joined his stepmother in berating him, and thus he had no one to speak up for him.

Wang Xiang’s stepmother treated him like a slave. He had to sweep the cowshed every day and do all the heavy household chores. Wang Xiang did whatever his stepmother told him to do, without a word of complaint. He did everything carefully and sincerely. Despite poor treatment, he demonstrated his filial piety toward both of his parents.

One day, his stepmother became so ill that she could not get up. She wished to eat carp, but since it was winter and all the rivers were frozen, where could Wang Xiang get carp for her? So, he walked to the frozen river. He undid his clothes and lay down on the ice, hoping to melt it with his body heat. As he lay there, he asked the Gods to help him fulfill his filial duty. Suddenly, the ice beneath him melted, and out jumped a carp! The story of Wang Xiang’s filial piety, “Lying on Ice for Carp,” has been passed down throughout the generations in China.

At the end of the Han Dynasty, the nation was torn apart by war. Wang Xiang’s father died. To escape disaster, Wang Xiang brought his stepmother and stepbrother to Lujiang, far away from the city. He protected them for 30 years. His filial piety deeply moved Luqian Shi, the Governor of Xu State. The governor appointed him an official in the state government. He was later promoted to the position of Taibao and given the responsibility of helping the young Emperor manage the nation. Later, he was granted the title Lord of Suiling.

Everyone said that he earned his high position because, despite having endured so much, he always maintained his filial piety.