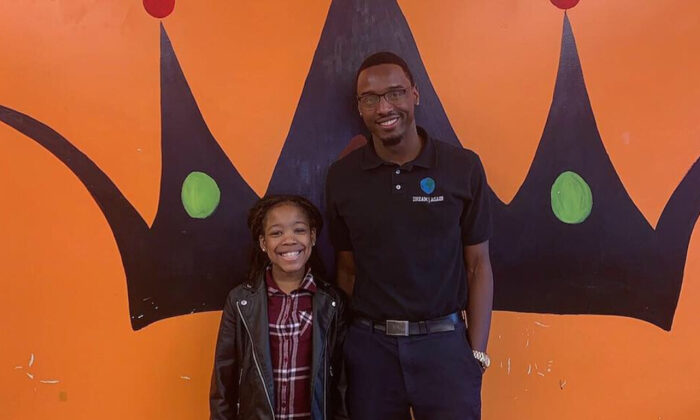 An Orphan-Turned-Accountant Gives Back to Undervalued Communities

When he was 8 years old, Andre Henry became an orphan after losing his parents. At the time, he had been living in the projects in Chester, Pennsylvania.

“Having to deal with that type of environment and living there on a daily basis was hard,” said Henry, 29, in an interview. The loss of his parents took him out of the projects and landed him in Section 8 housing with his grandmother where there was a silver lining.

“She lived in the predominantly white neighborhood of Upper Darby,” he said. “My professors, the friends I met, and the students in the school I attended were from a higher economic setup. They influenced me to become a better person and to learn and grow.” After attending Wilmington University, Henry became a corporate accountant and decided he would find ways to create change in disadvantaged neighborhoods.

“Some individuals are still stuck in the projects today,” he said. “I’ve got family and friends who deal with that environment on a daily basis. It hit me hard and, as I grew older, I felt like I had to find a way to give back and help those individuals in need.”

Henry’s fiancée, Ce’Aira Brown, 27, is a U.S. track athlete who has personally benefited from his accounting expertise.

“Being a professional athlete, I didn’t know a lot about taxes until I met my fiancé and he actually helped me get my finances together, which is something I wish I had learned when I was younger,” she said.

Brown was raised without a mother as a teenager and credits running track in high school for saving her from the pitfalls of young adulthood.

“After my mother emancipated me at 14 years old, I moved in with my dad, my grandfather, and my older brother,” she said. “It wasn’t Section 8 housing but we all had to sleep in the same room. It was crowded.”

Henry met Brown while participating in interstate track meets. “I ran for Upper Darby and she ran for Overbrook,” he said. “I was semi-pro and running at meets unattached. I saw Ce’Aira running track.” Eventually, they became a couple and now Henry and Brown lecture together to teens at public schools about financial literacy and mental health. Henry also maintains a 600-member chatroom online called The Wolf Pack teaching people about investing.

“I offer financial literacy advice on a daily basis,” he said. “I teach people how to invest in vehicles like 529 Plans, Health Savings Accounts (HAS) and self-directed IRAs. I try to help them understand finances overall.”

“We make it all available there while we’re working on getting a platform up on our own social media prototype that we are now creating with a designer,” he said.

A former trader at JP Morgan in Newark, Delaware, Henry also created his own algorithm that identifies trades before they are posted.
“I do high frequency trading while some people do option or swing trading,” he said. “It’s all about what risk you are comfortable with.”
The Financial Industry Regulatory Authority (FINRA) claims that anxiety around money is connected to financial illiteracy, destructive financial conduct, and lack of financial security, with the greatest stress about money expressed by single women and young adults.

“Even prior to the pandemic, more than half of American adults were experiencing financial anxiety,” Annamaria Lusardi, Ph.D., academic director of the Global Financial Literacy Excellence Center and University Professor of Economics and Accountancy at GW, said. “A multifaceted approach will be needed to address this problem; including a systematic increase in financial knowledge, which can happen through policy and programs.”

Brown, an 800-meter runner, separately manages an empowerment group made up of some 50 women nationwide between the ages of 22 and 35 years old called Buildup Women Group (BWG).

Her goal is to improve their self-esteem.

“I graduated with a psychology degree from Hampton University in Virginia so I teach them confidence, not to give up and not to compare themselves with others,” she said. “I mentor them daily and send affirmations. On Fridays, we meditate for 30 minutes.”

Because the duo have both overcome adversity, Brown suggested they write a book together. “From Orphan to Self-made Millionaire: The 10 Irrefutable Laws of Purpose” was independently published in May and has led to a chatroom of followers who aspire to write their stories and publish a book, too.

“We’ve both been through a lot and felt like we could help others,” Brown said in an interview. “Once we started writing, Andre expressed himself more than I did and other people are inspired by our success with publishing the book.”

The pair is now turning to what may be their greatest work of all.

Juliette Fairley has written for The New York Times, The Wall Street Journal, TheStreet, Time magazine, the Chicago City Wire, the Austin-American Statesman, and many other publications across the country.

This article was published in American Essence.