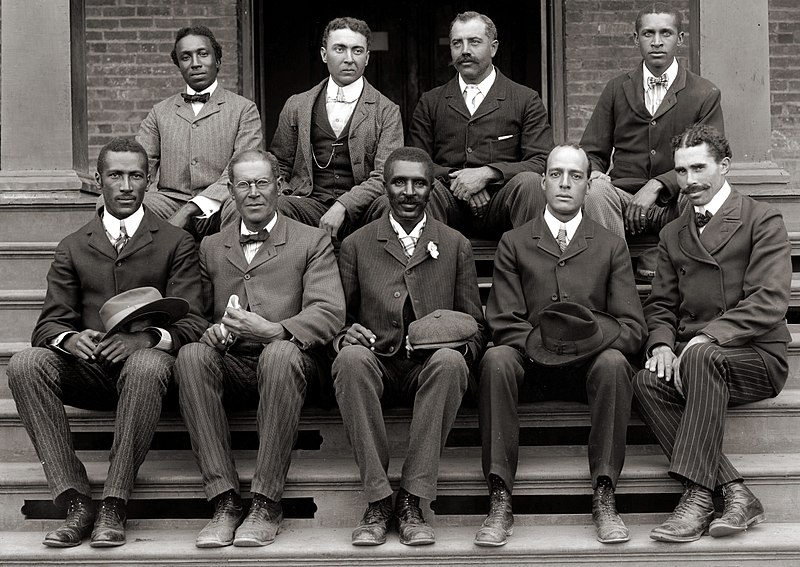 An Inventor for Humanity

George Washington Carver created many inventions in his lifetime to improve the lives of others
BY Karim Shamsi-Basha TIMEMarch 1, 2022 PRINT

In the middle of the 19th century, the Southern plains sprouted prized cotton on vast and elegant plantations. Slaves worked the cotton fields under a relentless sun hot enough to burn their skin and pierce into their resilience. The soil was tired, and cotton crops were losing their vigor, their superiority.

George Washington Carver was born around 1864 in Diamond Grove, Missouri. The boy who wandered the Carver Plantation after the abolition of slavery would grow up to become a world-class chemist, agricultural scientist, inventor, educator, and humanitarian. He was sought after by Thomas Edison, Henry Ford, Presidents Calvin Coolidge and Franklin D. Roosevelt, and Mahatma Gandhi. In 1941, Time magazine dubbed him the “black Leonardo.” He would end up as one of the most revered inventors of all time, with 300 inventions made from the peanut alone.

Carver obtained a high school education in Kansas and then enrolled in Simpson College in Iowa. Later, he transferred to Iowa State Agricultural College and obtained an undergraduate degree as well as a master’s in agricultural sciences. His graduate research drove him to focus on plant pathology. He moved to Alabama in 1896 and became Director of Research at the Tuskegee Institute.

Through his inventions, discoveries, and research, Carver developed much interest in self-sufficiency, sustainability, and land conservation. He taught farmers crop cultivation techniques, and he developed nutritious recipes and better cooking methods. He taught farmers about soil and water analysis, livestock care, and food preservation.

One of his famous research bulletins was titled, “How To Grow the Peanut: And 105 Ways of Preparing It for Human Consumption.” He was an advocate for farming sustainability and used the peanut to naturally add nitrogen to improve soil nutrients. With the land in Alabama exhausted from growing cotton, Carver discovered that the soil was well-suited for peanuts and sweet potatoes.

After much experimentation, Carver developed multiple products from peanuts, such as milk, flour, ink, dye, plastic, and soap. He also did the same with sweet potatoes, producing molasses, vinegar, and stamp glue. He came up with many peanut recipes, including chili sauce, caramel, sausage, mayonnaise, and coffee. His cosmetics derived from peanuts included face powder, shampoo, shaving cream, and hand lotion. A few other valuable peanut inventions were insecticide, glue, charcoal, rubber, nitroglycerin, and axle grease. He continued urging Southern farmers to supplement their cotton farming with peanuts, which became the second cash crop after cotton by 1940.

Later in his life, Carver developed a holistic approach to learning. He had an immeasurable thirst for the truth, and for faith, and his ultimate goal was to serve humanity. He wanted to improve the lives of his fellow human beings, and according to many, he did exactly that. He had several favorite sayings, and perhaps the most known is this: “It is not the style of clothes one wears, neither the kind of automobile one drives, nor the amount of money one has in the bank that counts. These mean nothing. It is simply service that measures success.”

Carver’s legacy includes his reputation for the hundreds of inventions he has bestowed upon the American people and the world. He will also be known as a pioneering agriculturalist, award-winning artist, and the most humble humanitarian. Dr. Carver died on January 5, 1943. After his death, President Franklin D. Roosevelt issued this message: “All mankind are the beneficiaries of his discoveries in the field of agricultural chemistry. The things which he achieved in the face of early handicaps will all the time afford an inspiring example to youth everywhere.” He is buried on the campus of Tuskegee University in Alabama.

Carver’s epitaph reads, “He could have added fortune to fame, but caring for neither, he found happiness and honor in being helpful to the world.”