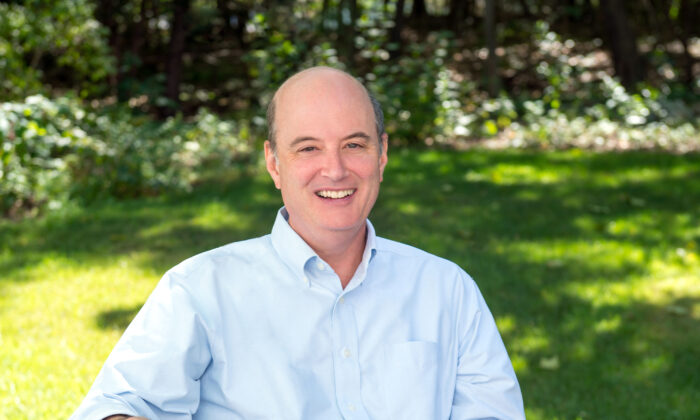 An Interview With Leading Poet and Petrarch Translator A.M. Juster

A widely published translator of ancient Latin texts, a former high-ranking government bureaucrat, and an incredible poet who just released his book “Wonder and Wrath” last September, A.M. Juster is a man at the confluence of big ideas, important people, and the written word.

Under his non-poet name, Michael J. Astrue, he worked as head of the Social Security Administration for both the Bush and Obama administrations. He is not unlike the great epic poet and government official John Milton (whose Latin works Juster has translated). Juster is perhaps best summarized as being a true scholar. Among major poets today, he is unique in that he has stayed true to the traditional style of consistent rhythm (technically called “meter”) and often rhyme.

As president of the Society of Classical Poets—a relatively new organization that has become a humming nexus of traditional poets who once worked alone—I jumped at the chance to have a conversation with A.M. Juster on the state of poetry today and what he’s up to.

Evan Mantyk: You are regarded as among the leading poets still practicing traditional English poetry, also known as formal poetry or classical poetry. Have you seen an increase or decrease in interest in traditional poetry?
A.M. Juster: The public continues to love meter and rhyme, as is evident from the success of [the Broadway musical] “Hamilton” and so-called performance poetry. Nevertheless, “Big Poetry”—academia, the major literary organizations, and the historically important journals—has been suffocating formal poetry more than it has ever done before. I am optimistic, though, that the internet will provide a way to break our literary monopolies and give more people more of the poetry that they want.

Mr. Mantyk: If it is so suffocating, why do you choose to work in traditional poetry?
Mr. Juster: In college I wrote the poetry that Big Poetry was promoting, but eventually found it unsatisfying and stopped writing poetry altogether for about a decade. In my 30s, I realized that I could write the kind of poetry I loved rather than the poetry that others wanted me to love, so that’s what I set out to do.

Mr. Mantyk: In my reading of history, in the mid-19th century there was a split between the famous American poets Henry Longfellow, who used meter and rhyme, and Walt Whitman, who went toward free verse. The poetry establishment today has fully embraced Whitman and generally abandoned Longfellow. But the Longfellow line includes Frost—perhaps the last American poet, other than children’s books authors, who was a household name. This Longfellow line could offer a way forward for poetry to regain esteem in American culture. What do you think of this assertion?
Mr. Juster: I agree. Big Poetry would deny that the move away from formal verse caused the decline of public interest in and support for poetry, but the evidence overwhelmingly contradicts that view.

Mr. Mantyk: Is it promising that the inaugural poem for Biden this year contained rhyming and seemed more coherent than the poem for Obama’s inauguration in 2009?
Mr. Juster: Yes, it is promising. Amanda Gorman had the almost impossible task of writing a public poem on short notice under incredible pressure. While I have some reservations about the poem, it is the best of the inauguration poems—better even than the poem Robert Frost wanted to read, but couldn’t because the bright sunlight blinded him. The best sections of her poem were those that embraced the music of rhythm and rhyme, sometimes in a very clever way. When the poem became more prosy, it became more preachy and sagged a bit.

Mr. Mantyk: Unlike Democratic presidents, Republican presidents have never had poetry read at their inaugurations. Is poetry by nature elitist and taboo to the Republican establishment?
Mr. Juster: In countries from Ireland to Vietnam, poetry is a passion of the people, as it used to be in this country. I would tend to agree that Republican political types tend to look at poetry as an alien activity, but that’s a mistake. They should remember that the first great Republican political figure, Abraham Lincoln, wrote poetry.

Mr. Mantyk: You are nearing the end of a monumental poetic feat: translating all of the great Italian poet Petrarch’s poetry into metered and rhyming English, something that’s never been done before. You said before that you were planning to complete the first draft translation by Labor Day. Did you meet your deadline?
Mr. Juster: Yes, with about two weeks to spare. I’m editing and working on the notes and other collateral material now, and I have hired an “internal external reviewer,” … to give it a once-over before I deliver it all to Norton, probably in March, a month or so ahead of schedule.

Mr. Mantyk: What impressions or revelations about Petrarch has the up-close experience given you?
Mr. Juster: It is clearer to me that translators prior to 1950 tended to see Petrarch as a “courtly love” poet, which is a misreading, and thus they rendered his powerful confessional poems into formulaic and anachronistic language, often with little regard for what his Italian actually said. Later translators approached the poems differently, but seem to have been bewitched by skilled “literal” translations of philologists, and as a result they lost the music and many of the more subtle meanings of the poetry.

Petrarch wrote these poems in Italian rather than Latin to reach a broader readership, and thus I think that vernacular—but not slangy—language is critical to this effort. Translators have also tended to overlook Petrarch’s wry humor, love of paradox, and freshness of language. That freshness is particularly hard to imitate because Petrarch has been imitated so widely that some of his pioneering imagery now seems clichéd.