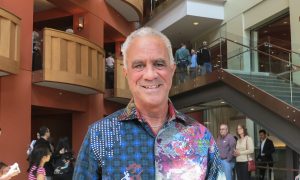 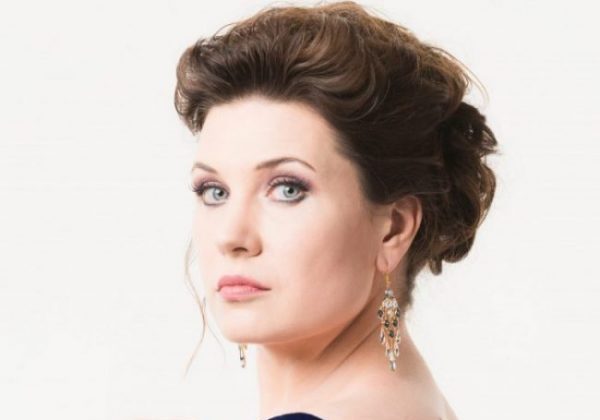 Recently, Rebeka made a brief visit to London, and I was lucky enough to meet up with her and chat about both new ventures.

“Spirito” contains scenes from Bellini’s “Norma” and “Il Pirata,” Donizetti’s “Maria Stuarda” and “Anna Bolena,” and Spontini’s “La Vestale.” These roles are all in Rebeka’s repertoire, with the exception of Imogene in Bellini’s “Il Pirata”; but that role she will perform in Geneva in February 2019.

As the selections could all be classified as mad scenes or prayers, I wondered whether that theme had been a deliberate choice. But, in fact, Rebeka had chosen what she feels is the most difficult aria in each opera, often choosing the most extreme moment, which she feels is in keeping with her own dramatic nature.

Rebeka also wished to showcase complete scenes rather than single arias, so the challenge was to fit everything onto the disc. In fact, the scene from “Anna Bolena” has a small cut, and she had to drop the idea of including the final scene from Donizetti’s “Roberto Devereux” simply because it would have been too long.

Part of the reason for choosing to include a scene from Spontini’s “La Vestale” on “Spirito” was that Rebeka wanted to show why it had once been so famous. Rebeka finds it a beautiful piece, showing the influence of Christoph Willibald Gluck.

Julia, the title character from “La Vestale,” is rarely performed today and is best known for being sung by Maria Callas in Italian. Rebeka, though, was interested in performing the music in French. She finds the music of “La Vestale” more engaging in French, as the phrases are longer. In Italian, the translation needs to break the phrases up.

In French, the music shows the first intentions of the composer, as “La Vestale” was written in 1807 for the Paris Opera. But to perform it in French and in the way it was originally intended required going to the library. This is something that Rebeka enjoys. In fact, for all the music on the disc, she has returned to the composer’s manuscripts and created her own editions with the help of Marija Beate Straujupe, the librarian at the Latvian National Opera.

She and Straujupe found small changes between the manuscripts and printed editions, ungrammatical phrases, for example, which Rebeka believes brought her closer to the composer. To see the music in the original manuscript, with the way the words and the notes link up to indicate what the composer originally thought about the music, allows discoveries that excite the soprano.

The repertoire on the disc was hard to record. It took 18 months to two years to prepare the scores. Both she and Straujupe went through the manuscripts, and then Straujupe created the score and the parts. It also required a large orchestra and chorus.

In it, she noticed that the word “hostia” in the aria “O salutaris hostia” appeared only once, while in the rest of the aria it was actually “hostilium.” She was fascinated by the way the manuscript differed from the printed edition, and also the way the composer had adapted the music to suit particular performers. This was very true of Donizetti’s “Maria Stuarda,” where the printed edition has various versions of the same aria listed in the appendix.

“Spirito” is the first disc on Rebeka’s new label, which means that she has been able to create a very personal and engaging product.

Why a New Label?

The idea for the label arose partly from Rebeka’s experience with bigger labels, where everyone was rushing to get the job done against deadlines. With her own label, she can participate in the editing process and do it properly.

The editing process is especially important for voices like Rebeka’s. Because of the way the sound equipment reacts, smaller voices are regarded as easier to record than bigger voices such as Rebeka’s. If the technology gets it wrong, then in the high tessitura, the voice may sound as if it is shouting, and this is something that she and her team are determined to avoid. Big voices should sound the same on the disc as they do live.

Having her own record company gives Rebeka control over the repertoire she records. Nowadays, recording is a business, and companies will often tell the singers what repertoire to record and with whom. Although Rebeka realizes that a recording company has to be a business, the most important thing should be that the finished product is art.

The new label will also give Rebeka control over the design of the packaging. The cover image of “Spirito,” for example, is designed to evoke the characters Rebeka plays on the disc, rather than Rebeka herself. She feels strongly that the look of the cover should give an idea of what is on the CD.

But the new label is not just for Rebeka. Today, just a small group of singers are heavily promoted while many fine artists are ignored by labels. So Rebeka and her label want to give opportunities to other fabulous singers. She thinks it important that such talented artists should also be able to leave a trace of their talent behind.

Although Rebeka does not know how the label will go, she is proud to be the only major singer to start her own independent label nowadays. The only singers who have done so before were Alfredo Kraus and Edita Gruberova, who created the Carillon and Nachtigall record labels respectively.

She certainly has plenty of ideas—for recordings for herself, and for other singers, as well as whole operas. With a full schedule until 2023, she already has four projects on the label’s books for 2019.