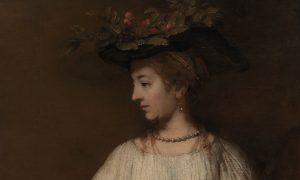 Rembrandt: The Art of Empathy
0 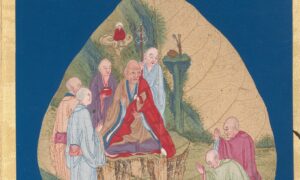 An Exhibition That Showcases the Russian Adoration of Eggs

Every day is God’s
By J.H. White
Print

Lent, the 40-day period before Easter where Christians pray, fast, and abstain from common pleasures, sounds somewhat like what society has gone through as a whole during this two-month quarantine. It’s been a spell of hardship and reflection, a distancing of ourselves from our friends and peers, and a chance to reassess whether the direction we’re heading in is our true north.

We’re on the brink of our figurative Easter—our rebirth—as we get freed from lockdown and public life resumes. The spring sun is smiling; we’ve been renewed in our hibernation; we’re ready to experience real culture, community, and beauty in the flesh again.

For the arts and culture enthusiast, one activity to celebrate your newfound freedom could be a visit to the Museum of Russian Icons (MoRI) in Clinton, Massachusetts, to see “Tradition & Opulence: Easter in Imperial Russia.” The exhibition has been extended through Aug. 7.

The exhibition gathers an unprecedented collection of over 200 objects celebrating Easter from the last days of the czars in the 19th and early 20th centuries. Jeweled eggs from Fabergé and other icons crafted by the nation’s greatest artists and artisans paint a beautiful picture of the significance of the holiday in the Russian Orthodox faith.

Nicholas B.A. Nicholson, who co-curated the exhibition with Dr. Karen Kettering and Dmitry Gurevich, spoke with me by phone. Nicholson explains that the exhibition gathered a group of egg-shaped objects that seem to have no connection with Easter, such as clocks, hand seals, match cases, and photograph frames. The use of this shape shows how the Russian people appreciated the daily reminder of Easter, the Resurrection, and more broadly, their spiritual faith.

An egg-shaped picture frame, for example, not only would bring you joy as you look fondly upon a family member’s portrait; you’re also subtly reminded of Christ’s sacrifice, resurrection, and your own salvation.

Conjuring a similar connection to divinity is Fabergé’s “wonderful desk clock in the shape of an egg, which is just charming,” Nicholson says. This “everyday” object adapted to an egg shape is crafted in the style of the Louis XV revival mounts. It recalls nécessaires and bonbonnières of the mid-18th century, though it flaunts a 20th-century Swiss watch face.

With the aesthetic heavenliness of the exhibition’s eggs and egg-shaped objects, it leaves no doubt why these artisanal pieces were effective reminders to believers of their much-needed spiritual devotion during this tumultuous epoch before World War I.

“The Romanov monarchy and the Orthodox Church were the anchors that held Russian society together,” says MoRI Director Kent Russell in the exhibition material. “Religion and state were inextricably intertwined. This social, religious, and political milieu is the backdrop for the unique objects in this exhibition.”

Mary Magdalene and a Miracle

Russia’s adoration of the egg as a spiritual symbol predates Christianity, however. It’s an  ancient symbol of fertility, renewal, and resurrection.

“It’s not uncommon in other religions,” Nicholson says. “The Jews use it in their Passover ceremonies, and there are other Eastern religions in which the egg is considered an important symbol.”

The Russian Orthodox tradition adopted the egg as a potent symbol after a miracle occurred with Mary Magdalene. After Christ’s resurrection, Mary Magdalene visited the Roman emperor to proclaim to him the truth of the resurrection. She then offered him an egg as a gift.

“The emperor said, ‘[The resurrection is] as likely to be true as that egg is to turn red,’” Nicholson recalls. “The egg turned red in her hand and she gave it to him.”

Ever since this miracle, the egg—especially a red one—has become a central motif of Christian symbolism in Russia. “By the 19th century, the egg’s mystical symbolism and decorative potential was fully exploited by Russian artists and artisans,” the exhibition literature states.

One of the quickest paths for connecting with the divine can be through artisanal beauty. The Lukutin workshop located near Moscow took that sentiment to heart, producing “finely painted and lacquered papier-mâché Easter eggs decorated in the iconographic tradition. The eggs were made from two halves that could be opened to reveal a surprise present. Such eggs were especially popular among the Old Believers,” the museum’s Instagram page says. The Old Believers or Old Ritualists are Eastern Orthodox Christians who do not follow the 17th-century  liturgical reforms made by Patriarch Nikon of Moscow meant to unify the Russian and Greek Orthodox churches.

One of the Lukutin workshop’s red eggs, for example, illustrates Christ’s Resurrection with the Guardian Angel holding the tomb’s stone door. St. Alexander Nevsky, who was later canonized as a saint of the Russian Orthodox Church, looks up in amazement and awe. Since St. Alexander Nevsky appears on the egg’s widest part, closest to the viewer, you are drawn in to his humble wonder. Likewise, Christ’s feet are close to the saint’s eye level, also at the widest point of the egg. Since Christ’s body is painted on the upper portion of the egg that recedes from the viewer, it creates an optical illusion whereby he appears to be hovering in midair.

Honoring Those Who Sacrifice

The Easter egg tradition also parallels the personal, one-to-one nature of the Christian faith, that intimate relationship between believer and Christ.

“I think the important thing to remember is that the exchange of eggs is a personal moment between two people. There’s a giver and there’s a recipient,” Nicholson says. Each egg in the exhibition was a gift from one person to another, such as an emperor of Russia giving a gift to a courtier or a Russian merchant giving an Easter gift to his wife. “So each of these eggs, in addition to being part of the great story of Easter, also represents a very specific personal interaction where two people came together and said, ‘Christ is risen.’”

The symbolic eggs have also encapsulated gratitude. Like the gratefulness we feel toward the first responders and frontline workers today helping us through this pandemic, as well as the fallen American soldiers just honored during Memorial Day, the Russian imperial family shared a similar appreciation for their servicemen during World War I.

The last empress of Russia, Alexandra Feodorovna, and her two oldest daughters, who were trained as nurses, gave white porcelain eggs to the soldiers. One side features the monogram of the empress; the other side displays a simple red cross.

“That egg is one of the most touching [objects],” says Nicholson. “It went to wounded, dying soldiers and to people who were close to the imperial family. It was a moment, somewhat like this one today, when we were all relying on the helpers—the people who go out into the middle of everything to make sure that people are OK.”