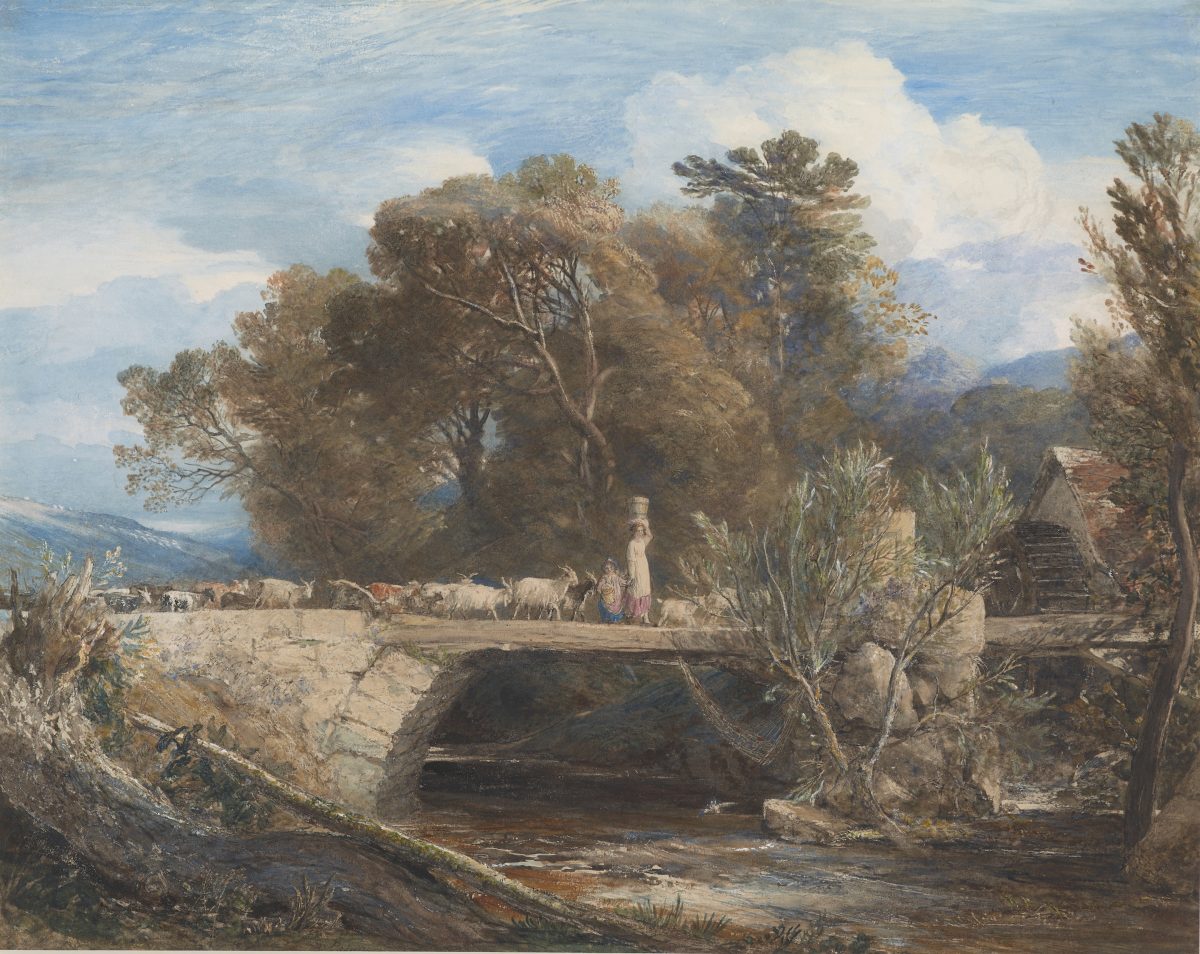 Curators made some hard choices and winnowed them down to 109 drawings and two sketchbooks, which are now showing in the recently opened exhibition “Old Masters, Newly Acquired.”

Visitors can find a number of mediums put to creative use, including watercolor, pastel, chalk, graphite, gouache, ink, and pen. The drawings range from quickly sketched nature studies to highly polished completed works.

While museums usually make extensive preparations to integrate newly acquired works into their permanent collections, the Morgan’s drawings and prints curator Jennifer Tonkovich wanted to show these drawings—many of which have never been seen by the public—without delay.

“A lot of these drawings came from private collections, which means unless Brooke Astor invited you over for dinner a decade ago, you will not have seen these drawings,” she said.

The famed New York socialite and philanthropist was a trustee to the Morgan. Her home was decorated with an extensive collection of drawings and paintings, including over 300 sheets by Italian Renaissance masters Tiepolo (both father and son).

Giovanni Domenico Tiepolo’s “Dancing Dogs with Musicians and Bystanders” (1790s) is a whimsical nod to Astor’s love for dogs. The drawing is one of six works from Ms. Astor’s private collection on show in the current exhibition.

The exhibit is organized by collection rather than theme, genre, or medium, so the experience can be overwhelming. Different collections can contain the same artist, country of origin, school, movement, subject matter, medium, or technique, sending viewers intent on establishing a clear theme to go buzzing from wall to wall.

But Tonkovich has a good reason for this arrangement.

“We did look at showing them thematically—there’s so many different ways you could do it—but then we thought that would lose the individuality of the works as well as the story of the collectors, so we wanted to preserve that by structuring it this way.”

The exhibit is the museum’s way of saying thank you to its trustees as well as a way to remind the public that artworks come to museums through the hard work of dedicated individuals.

“This really is a capstone to the idea of the whole show, which captures not only our passion for drawings here as an institution, but also the passion of all the collectors we work with to build this collection,” Tonkovich said.

One of these key collectors was former Morgan director Charles Ryskamp, who upon his death in 2010 bequeathed over 100 drawings to the Morgan. Ryskamp spent more than 50 years amassing fine examples of European draftsmanship. His gifts to the Frick Collection (of which he was also a former director) enlarged that institution’s holdings of drawings by a third.

His collection is widely regarded as one of the most extensive collections that explore Denmark’s Golden Age. Drawings from this period will add to a planned exhibit at the Morgan.

Ryskamp began to collect Dutch drawings on a trip to Copenhagen, when he discovered how masterful Dutch drawings were, and how little they were known to the rest of the world. Regardless of the fact that the category was under-appreciated in the art market, he continued to study and purchase works he enjoyed—a good lesson to aspiring collectors today.

While Ryskamp’s name might not be well known to the general public, members of the museum and collecting community remember him for his eagerness to talk to anybody about drawings.

In homage to Ryskamp’s passion, curators dedicated the back wall of the gallery to his collection and hung the artworks as densely as they would have been in his home.

It was a personal relationship with Ryskamp that inspired Morgan trustee Eugene Thaw. Thaw became involved with the Morgan when Ryskamp was director, and gifts from his collection take up the front half of the exhibition hall.

Also of note are bequests from Joseph F. McCrindle, whose drawings have been received by over 30 museums—over 300 drawings, eight are on display in this exhibition—”a taste,” Tonkovich said.

Curators are still conducting intensive research on the newly acquired works, and the information gathered about the drawings will be added to the Morgan’s online database (www.corsair.themorgan.org), which currently holds 250,000 artwork records and about 95 percent of the museum’s holdings.

To fully appreciate the stories behind the collections, take advantage of the audio guide, which features curators and conservators talking about the collectors and the artworks.