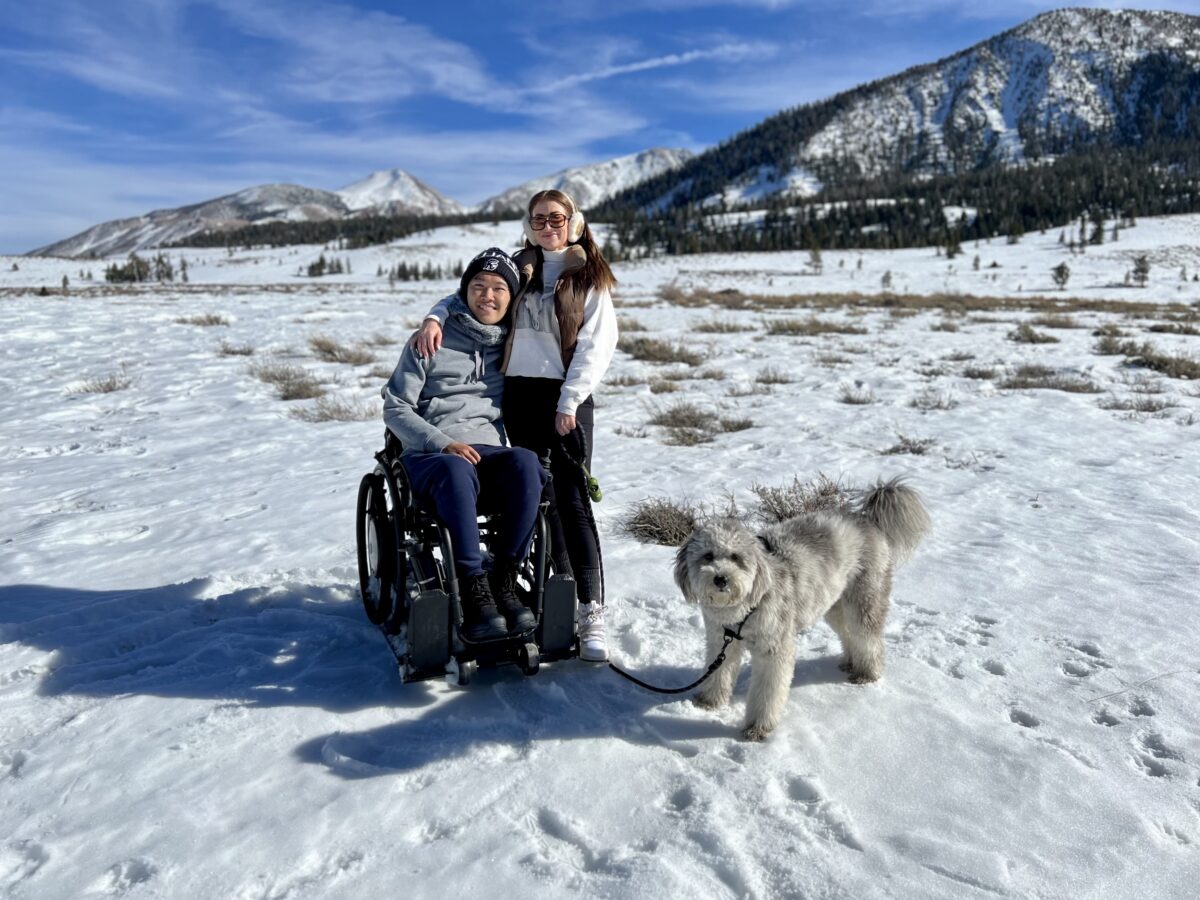 The couple on their trip to Mammoth Mountain, Calif., 2022. (Courtesy of Anthony and McKenna Zhang)
American Essence

McKenna Weinstein, 26, is the daughter of a prominent Orange County orthopedic spine surgeon and a successful realtor in what’s known as the California Riviera, in a community called Newport Coast. McKenna is a bright, funny, strong, and determined young woman. In 2013, she entered the Marshall School of Business at the University of Southern California and quickly made the dean’s list and honor society.

Before long, McKenna and two other classmates created a company called Topiku, which manufactures hats from recycled materials. Topiku was named by The Huffington Post as one of the top 10 companies to watch in 2016. The company also caught the attention of Inc. Magazine, Tech Cocktail, GrindTV, and others.

One of the other co-founders of Topiku was an enthusiastic young man from China named Anthony Zhang, now 27. He lived down the hall from McKenna in the USC dorms. He was alone in the United States without family, and it wasn’t long before Anthony and McKenna became friends as well as business partners.

One evening, Anthony overheard other students talking about how hungry they were after the campus had closed down for deliveries. Anthony sensed an opportunity. He started a food delivery business for students who wanted to eat after 8 p.m., which was the cut-off time for outside delivery. The business was so successful that Anthony expanded it into other college campuses.

When Anthony was 21, one of his professors invited to the campus investors from the television show “Shark Tank,” which connects entrepreneurs with investors seeking to fund the next big startup. None of the students expected to be able to speak to any of the “sharks,” much less pitch to them, but at the end of the session, Mark Cuban and Mark Burnett asked if any of the USC students attended business school. A few students raised their hands. Then they asked the students if any of them had already started a business. Anthony was the only one whose hand remained in the air. Mark Cuban, Anthony’s idol, invited him to pitch his business idea right on the spot. Completely unprepared and terrified of being humiliated, Anthony tried his best to sound confident as he made the biggest pitch of his life. His impromptu pitch was accepted.

To celebrate, Anthony, McKenna, and a group of their friends went to Las Vegas for the weekend. That’s when everything changed.

Anthony dove into a swimming pool that was more shallow than it appeared and broke his neck. He nearly drowned before his friends suddenly realized that he hadn’t come back up. When he was finally rescued, he was almost gone. He spent months in intensive care and then in a rehabilitation center for spinal cord injury victims. Anthony worked hard to regain some basic function, but it was clear that he would remain a quadriplegic for the rest of his life.

Throughout all those months, McKenna remained by his side. She took a leave from USC because she couldn’t imagine leaving him alone. While in the rehab center, McKenna and Anthony watched as people walked away from long-term relationships, overwhelmed by the extent and permanency of the injuries sustained by their loved ones. Rather than drifting apart like the others, McKenna and Anthony got closer. They fell in love and married in October 2021.

In 2017, McKenna returned to USC to complete her business degree, graduating in December 2018. Anthony has become a serial entrepreneur. He founded Vinovest, which allows the average person to invest in wine as an asset and enjoy high annualized returns with lower volatility than the stock market. Another new business venture is the Know Your VC platform, which helps would-be entrepreneurs find the right venture capitalists.

Anthony and McKenna are heroes. Anthony demonstrates to everyone within his influence the power of perseverance and resilience. McKenna is a hero for demonstrating to us all what authentic love truly means. Love is so much more than a feeling. Real love shows in our actions. 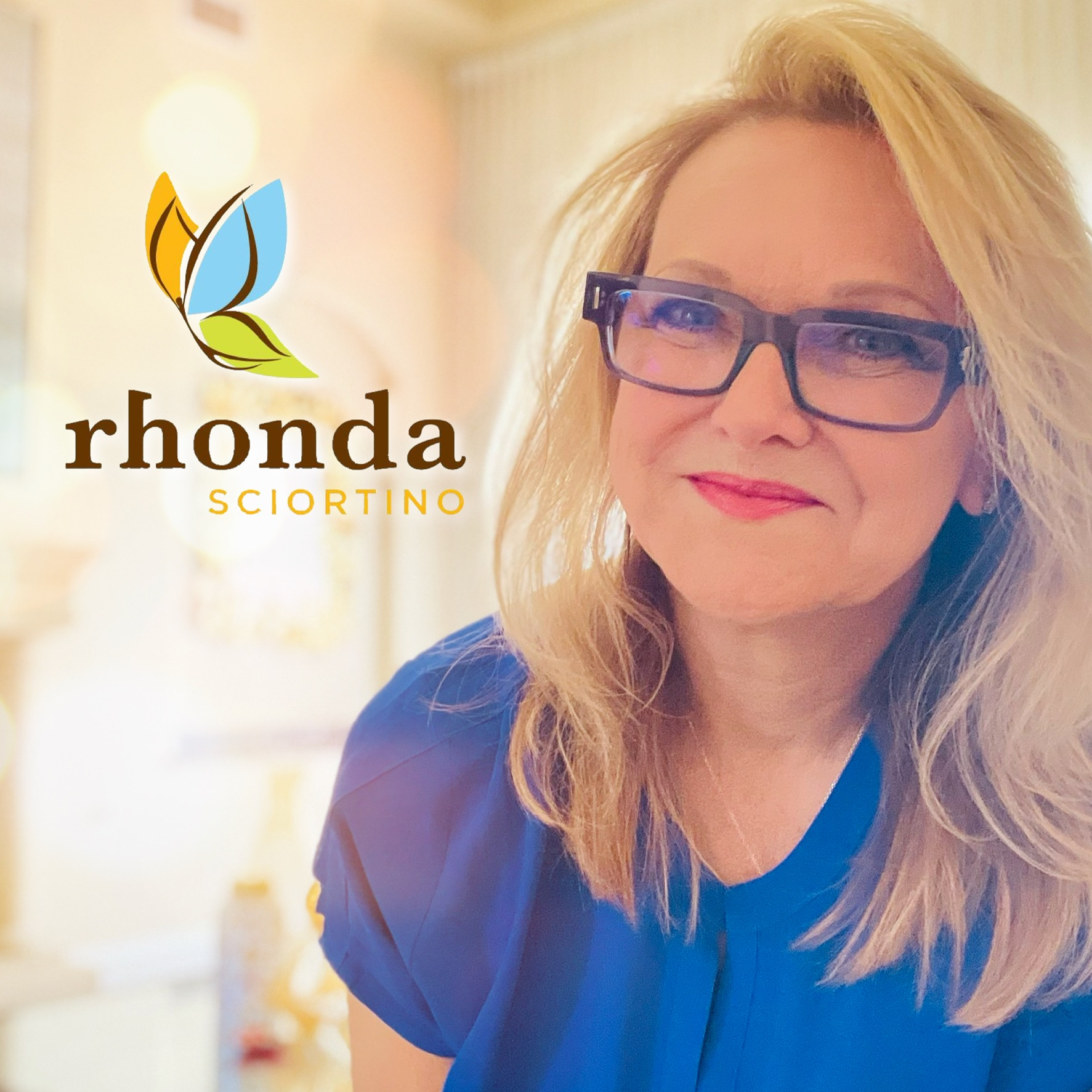 Rhonda Sciortino
Follow
Rhonda Sciortino, author of 13 books, including Succeed Because of What You’ve Been Through, used the coping skills from her abusive childhood to create personal and professional success. She built two successful businesses, then turned her attention to helping others to find their purpose and real success.
SHARE
Friends Read FreeCopyFacebookTweet
You May Also Like