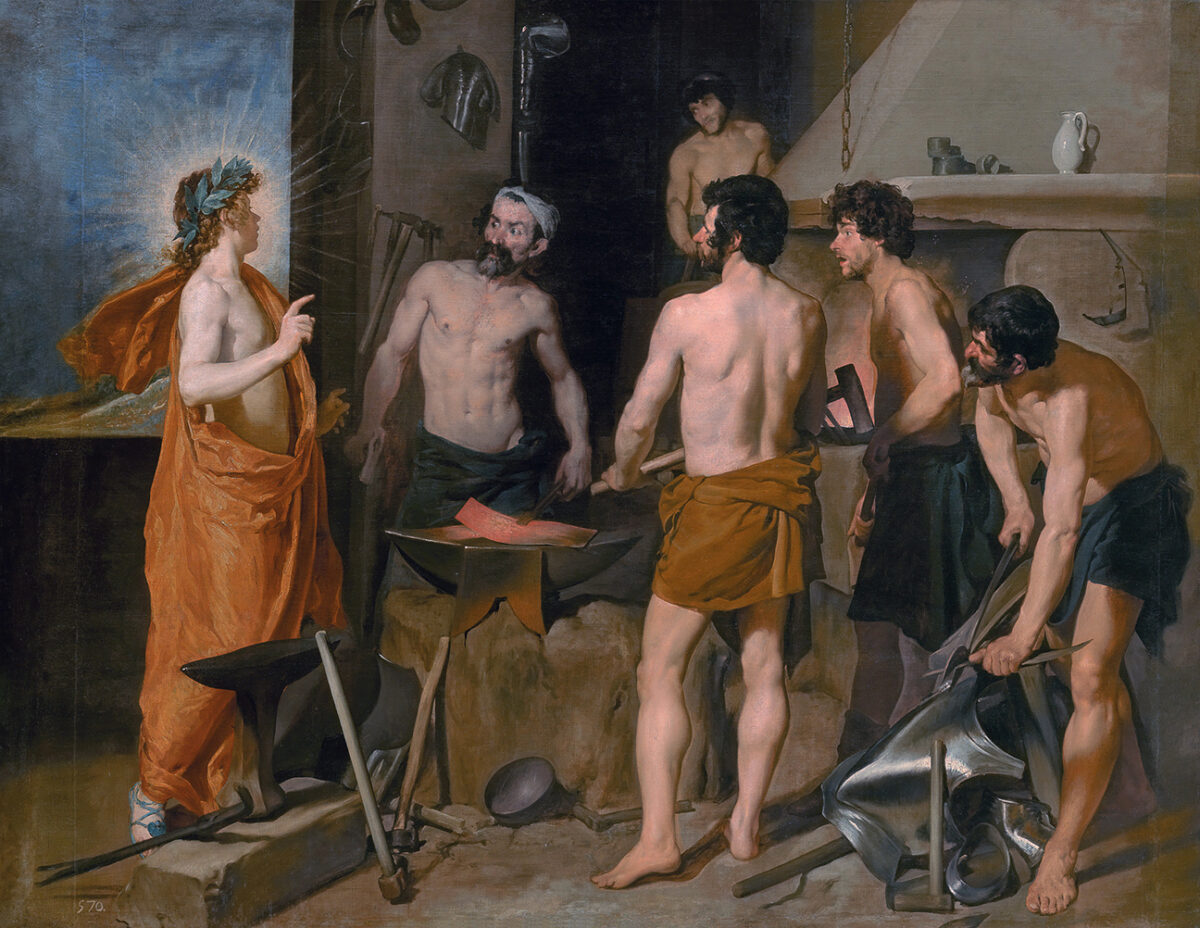 Their care and support for each other a rarely recorded occurrence in the art world
BY James Baresel TIMEMay 14, 2022 PRINT

In 1629, Diego Velázquez left Spain for his first visit to Italy. Although one of his country’s leading artists and court painter to King Philip IV, this was still an opportunity not to be missed. At the Spanish court, Velázquez had access to Philip’s impressive art collection, but he had not seen examples of work by the great Italian masters, including Michelangelo, whose masterpieces were on frescoed walls in Italy rather than on transportable canvas.

Velázquez had only one regret. He could not travel with a good friend and fellow artist. Ordinarily, that might seem a relatively minor disappointment but, in this case, the friend was Peter Paul Rubens, then Europe’s preeminent living painter.

Not only a painter of great repute, Rubens was valued for his diplomatic skills and was often sent around Europe on sensitive missions. At the time of Velázquez’s trip, Rubens was in England, trying to end the Thirty Years’ War.

The two artists met a year before Velázquez’s departure to Italy. At that time, Rubens’s diplomatic duties had him waiting in Spain for government officials to make decisions. The artists occupied neighboring apartments in Spain’s royal palace and quickly established a friendship; together, they had time to study Philip’s art collection.

Many of the best masterpieces in the Spanish court were by Titian, a confidante of Philip’s grandfather Philip II, and court painter to Spain’s King Charles I, better known by another of his titles, Holy Roman Emperor Charles V. Velázquez had long admired Titian. Rubens considered him the greatest painter of all time and had already made an extensive study of his paintings in numerous other countries.

Not much is known of the artists’ conversations or activities. What we do know is that they became close personal friends. Velázquez so admired Rubens that, while Velázquez was granted the privilege as Philip’s sole portraitist, he allowed Rubens to paint the king. We also know that Rubens inspired Velázquez’s desire to go to Italy and that Velázquez’s style rapidly evolved following his friendship with Rubens and subsequent travels.

While learning from each other, the artists preserved and developed their own unique styles. Unlike Anthony van Dyck, Velázquez never took Rubens’s style as a primary inspiration. What Velázquez gained from Rubens’s guidance was a greater understanding of aesthetic principles and artistic techniques. He then developed a style which was not dependent on the Flemish master yet was of comparable brilliance to that of his mentor.

Rubens, 50, was nearing the end of a stellar career. He single-handedly created an ornate style of High Baroque art. He had lived in and visited almost every center of European culture. Rubens had influenced the artistic life of all these cultural centers and studied more great works of art than any painter had before. His patrons included the royals of Austria, England, France, Italy, and now, Spain, where Velázquez worked.

Velázquez’s career was still in its early stages. He rose spectacularly to be King Philip’s court painter in what could be seen as an artistic backwater. His body of work had yet to surpass that of a “minor artist,” one ranking among the more important in their own lifetimes and remembered by history but falling short of the “great masters.” As their friendship deepened, however, Rubens detected the potential in Velázquez to become the supreme master of Spanish Baroque.

Before he knew Rubens, Velázquez had painted a number of excellent portraits and religious works, including “The Infante Don Carlos of Austria” and “Saint Paul.” These generally included a single figure, with somewhat underdeveloped physiological features, dressed largely in dark colors, and set against neutral backgrounds.

Velázquez’s attempts to set figures in groups, landscapes, or interiors of buildings usually did so awkwardly and unconvincingly. Use of perspective and of more varied and brighter color were similarly weak. The “Triumph of Bacchus” looks like it could be a poor copy of a lost Caravaggio (whose surviving depiction of its central character inspired it).

Within two years of meeting Rubens and a year of setting foot in Italy, Velázquez’s work began a radical transformation. His “Apollo at the Forge of Vulcan” convincingly portrayed six figures, each with considerable physiological details and set in a building’s interior. His “Infanta Dona Maria, Queen of Hungary” of the same year returns to the style of Caravaggio but arguably beats him at his own game.

By 1635 Velázquez’s use of use color and depiction of landscape backgrounds in such works as the “Equestrian Portrait of Philip IV” had reached a high level of excellence. His greatest achievements, “Innocent X” and “Les Meninas,” were still to come.

Today Velázquez ranks among the most accurate of portrait painters; in his portrait of Innocent X, the artist expertly captured the physical likeness and the inner personality, and few works have so accurately depicted so many people in so intimate a setting as “Las Meninas.”

Master to student or artistic rivals: Those are the stories that tend to be recorded when great artists meet. The relationship of Rubens and Velázquez tells a too rarely remembered type of story. They supported each other in friendship. They learned from each other while developing their own styles. Their individual artistic genius flourished with the other’s expert guidance. This was a true friendship in art.