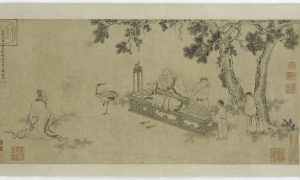 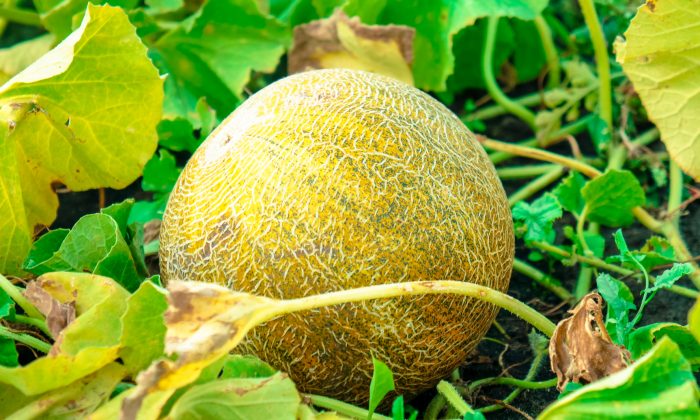 The younger brother vowed to work hard in the field in order to truly earn his melon when the time comes. (Eva Kann/Shutterstock)
Chinese Culture

There was once a beautiful mountain called Sun Mountain that was home to an old man who planted sun melons all year round. He was not only an honest man but also a compassionate man. He helped everyone, including beggars, with enthusiasm.

At the foot of the mountain lived two brothers who were poor and constantly hungry as a result. They heard about this kind old man and knew that he always took good care of the poor, so they had a wish to find him and live with him.

The brothers made a difficult journey to the top of the mountain and explained their situation to the old man, who happily took them in and arranged work for them, to look after his sun melons.

“The sun melons on Sun Mountain are magical and ripen after 49 years,” the old man told the brothers. “They need to be watered with a special solution: A bucket of spring water from the foot of the mountain must be mixed with two drops of your blood. After 49 years, you will each have a melon of your own.”

“As long as you work hard, you will have happiness,” continued the old man. “You can go to work now,” he said.

The old man then went to work himself.

The two brothers made their way down the mountain to fetch the spring water needed for the sun melons, carrying their buckets on shoulder poles.

Once his bucket was filled with spring water, the older brother bit his middle finger and dripped his blood into his bucket. But later, he thought to himself, “I will die of exhaustion if I keep fetching water and sacrificing my blood like this.”

So the older brother came up with a plan: To lighten the physical labor, he would purposely dump out some water from his bucket on the climb back up the mountain. And to spare his blood, he would mix red dirt into the water.

In addition to cutting corners, the older brother also badmouthed others, claiming that they were lazy while he worked hard.

When he saw the field where all of the sun melons were planted, he asked the old man to assign him a large melon. The old man simply chuckled and said, “Young man, if you work hard, you will definitely be happy with what you get.”

The younger brother was quite a different person from his older sibling.

When he saw the field where all of the sun melons were planted, he noticed that many had been growing for a long time already. He counted a total of 49 melons in the field. As there were 49 people altogether who were working there to look after the melons, he realized that each person would have his own ripe melon someday.

The younger brother was humbled. While he worked, he thought about how the others had already watered their melons for many years and sacrificed a lot. In comparison, he felt unworthy of being awarded a melon.

The younger brother vowed to work hard in the field in order to truly earn his melon when the time came. While others fetched one bucket of water, he fetched two. While others added two drops of blood to each of their buckets, he added four. He worked in the field before others woke up and continued to fetch water after others went to bed.

The old man called everyone to the melon field and announced: “Everyone has worked hard for 49 years. You can now reap the fruits of your labor.”

He then spoke to the melons: “Melons, large and small, you may go find your master now.”

Before he even finished speaking, all of the melons began rolling around, looking for their owners.

The older brother saw a big melon and thought, “Come to me!”

Instead, the large melon rolled slowly toward the younger brother, and it was the smallest melon that rolled toward the older brother.

The old man told all of his workers that their melons would bring them food based on whatever they deserved to eat.

When the older brother complained that the old man wasn’t fair and wanted to take revenge, the old man simply told him that everyone’s deeds were clearly recorded and that he could see the record for himself.

The old man waved his hand toward the melon vine and said, “Sun melon, sun melon, please tell him yourself.”

The vine instantly transformed into a book that contained a complete record of the elder brother’s laziness and dishonesty. Specific details including the date and time of each incident were all recorded.

After seeing this, the older brother lowered his head in shame and admitted defeat.