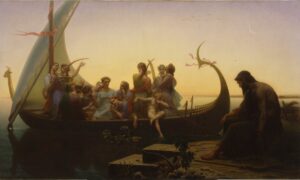 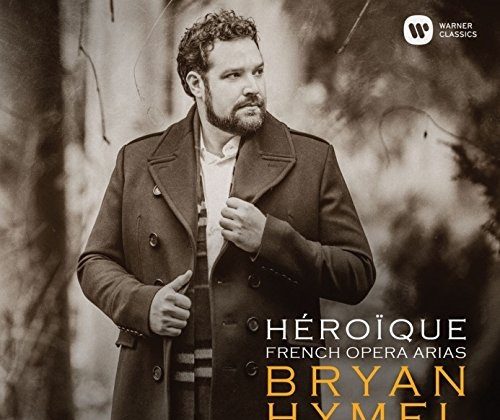 New Orleans native Bryan Hymel became a sensation on both sides of the Atlantic when he stepped in to replace the tenor stars in the highly demanding role of Énée in Hector Berlioz’s “Les Troyens.” First, he filled in for Jonas Kaufmann at Covent Garden, and six months later in 2012, he took over the same role for Marcello Giordani at the Metropolitan Opera.

Among other awards, in 2013, he won the Olivier Award for Outstanding Achievement in Opera and the Metropolitan Opera’s Beverly Sills Artist Award.

Now, Warner Classics has released Hymel’s first solo debut for the label, “Héroïque: French Opera Arias,” and the tenor stakes out a repertoire in which he has little, if any, competition.

The CD lives up to its title as he portrays heroic characters and also hits a number of high C’s and even D. However, he is too much of an artist to limit himself to a mere technical display. Hymel gives special care throughout to the recitatives.

French grand opera needs a champion since it is out of fashion—in part, because it is difficult to cast. Covent Garden revived Meyerbeer’s rarely performed “Robert le diable” and told Hymel that they would not present it unless he was available for the starring role.

In the aria, Arnold rouses his Swiss confederates to join him in seeking vengeance against the Austrian oppressors for the murder of his father and the capture of William Tell. Hymel’s voice rises above the Prague Philharmonia Orchestra and the Czech Philharmonic Choir of Brno under the direction of Emmanuel Villaume and ends with a ringing high C. (In total, he hits 10 high C’s in the aria and cabaletta.) His pronunciation is crisp and he seems at home in the French language.

The mood becomes more contemplative in Faust’s aria from Berlioz’s “La damnation de Faust,” “Nature immense,” in which the singer explains that the beauty and power of nature diminishes his despair and gives him hope.

Verdi’s “Jérusalem” (1847) is a French adaptation of “I Lombardi” and, although Verdi revised the opera from the Italian version, this aria still resembles the composer’s other works of the period. It is set during the Crusades; Gaston is a captive of the Arabs and sings of his love for Hélène, who is also a prisoner in the camp.

“Les vêpres siciliennes” (1855) was written by Verdi especially for the Paris Opera and he later adapted it for an Italian version. In “Ô jour de peine et de souffrance,” Henri is suffering because the woman he loves, also named Helen (as in “Jérusalem”), holds him in contempt. Hymel conveys the despair of these characters without overdoing it.

“Inutiles regrets” is from Hymel’s breakthrough role in “Les Troyens” (1858). Once more, the hero, here Énée (Aeneas), is being separated from the woman he loves. The gods have ordered him to leave Carthage, where he is in love with Queen Dido. He longs to see her one last time.

In Gounod’s “Inspirez-moi, race divine!” from his 1862 opera, “La reine de Saba,” Adoniram deplores the decline in values and pleads with his ancestors for divine inspiration.

The best known aria in the collection is probably “Ô paradis sorti de l’onde” from Meyerbeer’s 1865 epic opera “L’Africaine.” In the piece, the explorer Vasco da Gama sings of the wonderful new lands he has discovered for his native country. At the same time, the locals are calling for his death.

Many famous tenors, including Caruso, Bjorling, Pavarotti, and even Lanza, have recorded the aria, but all of these are in the Italian language, though Domingo can be seen on YouTube in the French version. Hymel may not outdo them but he holds his own.

In “Adieu donc, vains objets” from Massenet’s “Hérodiade,” John the Baptist sings of his impending death for “justice and liberty” and also of his love for Salome.

“Héroïque: French Opera Arias” confirms that Hymel is an artist of the first rank.