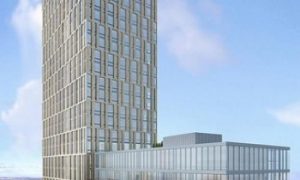 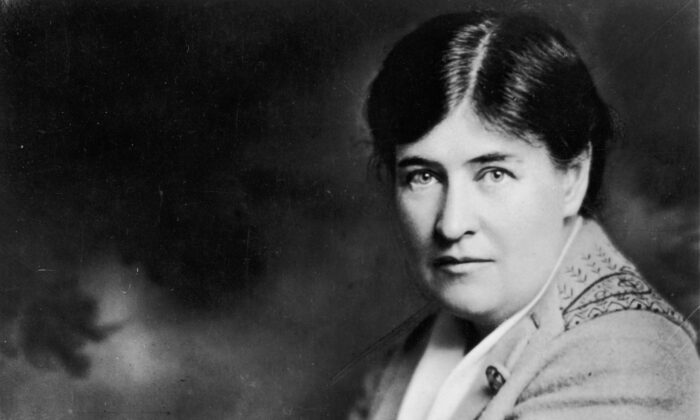 Every once in a while, slow and steady wins the race.

One of America’s greatest literary regionalists, Nebraskan Willa Cather (1873–1947), has only slowly and gradually been gaining recognition over the past century as one of our country’s greatest novelists. Indeed, her first novel, “Alexander’s Bridge,” came out 109 years ago in serialized format in McClure’s Magazine. The following year, 1913, she published her first novel in full novel form, the stunning “O, Pioneers!”, which takes its title from a Walt Whitman poem.

For nearly a century, though, writers such as Ernest Hemingway and F. Scott Fitzgerald have overshadowed this brilliant writer from the central Great Plains, and it didn’t help her that she was literarily a romantic, politically anti-Progressive and anti-war, and, by the 1930s, skeptical of the New Deal. As strong as her reputation had been in the ’10s and ’20s—with unadulterated praise from such formidable critics as H.L. Mencken—it began to crumble at the hands of the “literary realists” in the 1930s. To them, she insipidly took the worst of life and praised the heroic. Though a Pulitzer Prize winner in 1923, she never recovered her reputation in her lifetime, and her best friend burned her final, uncompleted manuscript, “Hard Punishments.” Since then, her reputation has risen and fallen over the years, but, today, thankfully, it is mostly rising. The state of Nebraska (culturally and politically) has wisely promoted Cather’s reputation as well.

Cather wrote “Alexander’s Bridge” as the kind of novel she thought New York critics would like. She wrote “O, Pioneers!” not only for family, friends, and neighbors, but also, most critically, for herself. “I began to write a book entirely for myself; a story about some Scandinavians and Bohemians who had been neighbors of ours when I lived on a ranch in Nebraska, when I was eight or nine years old.” She found the new novel “absorbing”—far more so than when writing “Alexander’s Bridge”—and she, to her own amazement, realized that with “O, Pioneers!”, “there was no arranging or ‘inventing’; everything was spontaneous and took its own place, right or wrong.” As the book was written for her own benefit, Cather ignored all the things that she assumed the critics would demand. As such, she feared that no one would think much of the novel, with its “slow-moving story, without ‘action,’ without ‘humor,’ without a ‘hero’; a story concerned entirely with heavy farming people, with cornfields and pasture lands and pig yards—set in Nebraska, of all places!”

Yet, what Cather did, was create an American myth, the difficult—slow but steady—story of a pioneer, a Swedish woman named Alexandra (no relation to Alexander in her first novel, but absolutely connected to that half-god conqueror of the ancient world, known as “The Great”) who yearns to love the land and succeeds in doing so. After all, when the story opens, Cather introduces us to Hanover (Red Cloud), Nebraska, which is doing everything in its power not to be blown across the prairie in a gust of winter fury. The town, it seems, felt the ferocity of the plain’s wind below as well as around it. But when Alexandra looks upon the local area known as the Great Divide, it succumbs to her will. It is worth quoting Cather, here, at length, in all of her myth-making glory:

“When the road began to climb the first long swells of the Divide, Alexandra hummed an old Swedish hymn, and Emil wondered why his sister looked so happy. Her face was so radiant that he felt shy about asking her. For the first time, perhaps, since that land emerged from the waters of geologic ages, a human face was set toward it with love and yearning. It seemed beautiful to her, rich and strong and glorious. Her eyes drank in the breadth of it, until her tears blinded her. Then the Genius fo the Divide, the great, free spirit which breathes across it, must have bent lower than it ever bent to a human will before. The history of every country begins in the heart of a man or a woman.”

It would be difficult, if not downright impossible, to find a passage in American literature that better captures the spirit of American individualism and the frontier, the spirit of romantic longing and of temperate embracing. Cather, to be sure, captures all of the essence of Americanness in this passage. Contrary to critics who see nothing but the erasure of Native Americans, Cather’s point is about human love for the particular harsh Plains landscape, a love that is perhaps unique to farmers who understand every inch of a region’s rises and drops.

“O, Pioneers!”, not surprisingly, follows the story of Alexandra Bergson and her neighbors, Bohemian, French, Norwegian, and Swedish. Though not Roman Catholic herself, Cather writes so lovingly of the Catholic Church and the Catholic immigrants to Nebraska that she—as Notre Dame philosopher Ralph McInerny once said—might as well have been a Catholic in all that she did. It is, after all, in the Catholic Church that Cather finds the will to defy death and sin, nihilism and shame.

In her own understanding of art, which she often made explicit, Cather claimed that the true poet is immune to the drives of the marketplace. “Religion and art spring from the same root and are close kin,” she wrote, but “economics and art are strangers.” Almost certainly, thinking about the Progressives and the New Dealers, Cather meant that economists are the materialists and utilitarians who view the world as nothing more than a set of choices based on costs and benefits. Regardless, the Nebraskan continued, the poetry of a poet is “his individuality [and] the themes of true poetry, of great poetry, will be the same until all the values of human life have changed and all the strongest emotional responses have become different—which can hardly occur until the physical body itself has fundamentally changed.”

“O, Pioneers!” turned out to be the first of Cather’s several books on the frontier, and her next novels—especially “My Antonia” and “Death Comes for the Archbishop”—are not only superior, but, arguably, the greatest novels written in the American experience. Yes, Hemingway and Fitzgerald, step aside! Contrary to their wallowing nihilisms, Cather’s work is always humane and gracious.

In her 1913 novel, Cather wrote: “A pioneer should have imagination, should be able to enjoy the idea of things more than the things themselves.” Amen, Willa, amen. The same is as true of a writer as it is of a magazine as it is of a critic. And it’s just as true in 2021 as it was in 1913.

Brad Birzer is the Russell Amos Kirk chair in American studies at Hillsdale College. He would like to thank Liberty Fund for sponsoring a conference on Cather and Rose Wilder Lane, March 10–11, 2021, and for Anne Fortier’s comment on Alexandra as a conqueror.