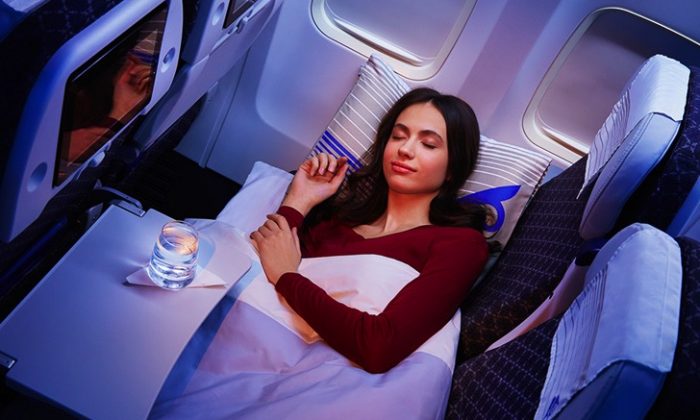 If you happen to be flying to the Kazakh capital of Astana from London, Frankfurt, or (starting March 29) Paris, you can book the Economy Sleeper class. Don’t expect it to look like the business class version. It looks more like your own row of economy class seats with a pillow and a blanket—which is basically what it is.

“With a guaranteed row of three economy class seats for each guest, you will be able to relax with new heights comfort, all for an economy class fare,” says the airline’s website.

By an “economy class fare” they mean about three times the regular economy fare, which is fair enough since you’re getting three seats. Although it may be cheaper to buy the three seats outright.

So When Should You Book That Flight? The Truth on Airline Prices

To be fair, the sleeper class ticket is fully flexible (no change or cancellation fees), whereas the promo fare is not. So it’s more appropriate to compare the sleeper to the “full flexible” ticket, in which case it’s a better deal. Plus the sleeper seat gives you some good perks you won’t get even with three economy seats.

“[T]the row of seats is transformed with a mattress layer and a luxurious duvet and pillow set, ensuring a sound night’s sleep,” says the website. You also get access to the airport business class lounge, priority check-in, extra baggage allowance, and a business-class amenity kit.

Although Air Astana isn’t high on most people’s radar, it’s actually quite highly rated. The airline was ranked 12th best airline in the world in Business Insider’s 2014 report. The annual list is based on in-flight experience and on-time percentage.