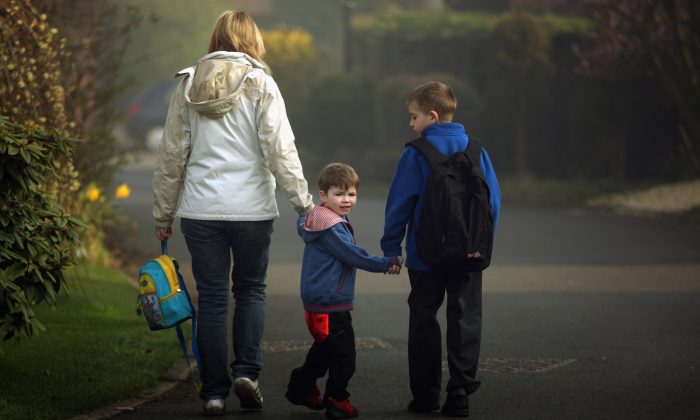 These are challenging times for parents as we live in a society where face-to-face communication is often compromised by the Internet, smartphones, and other technologies.

The unparalleled reality is that these new forms of communication can exploit the dynamics of personal contact, and this can be detrimental to the families, diminishing the loving presence between parents and children.

When used properly, technology empowers individuals… But, it can never be society’s substitute for physical presence.

When used properly, technology empowers individuals by facilitating instant communication. But, technology can never be society’s substitute for physical presence, especially in families between parents and children.

In addition to the challenges of technology having potentially negative impacts on parents if not kept in check, there are other difficulties for parenting.

There is the prevalence of divorce, making America essentially a nation of one-parent families, usually the mother. Tragically, many children do not have any relationship with the father. This crisis of families without fathers can contribute to a lack of stability in American society, as there is a direct correlation between broken families and shattered communities.

In too many cases, children are discouraged from developing a strong relationship with the non-custodial parent, usually the father, by acts of vindictiveness, deception, and manipulation.

If one parent suffers from a lack of character, the child can be used as a weapon in a disturbing tornado of emotions, which inflicts scars on all, especially the child.

Despite challenges, each parent must do everything humanly possible to inspire character, and remain interested, informed, and involved with their children.

Nevertheless, despite challenges, each parent must do everything humanly possible to inspire character, and remain interested, informed, and involved with their children.

The best interest of the child must always be the highest priority, with encounters of face-to-face loving kindness, counsel, and guidance.

Where Have All the Parents Gone?

In my article titled “America’s Broken Families: Issues and Response,” published in the Jan. 23, 2015 edition of the Epoch Times, I memorialized the story of a police officer sharing his unforgettable anguish with me.

His concern was based on 24 years of virtually being a parent to abandoned youth because their parents were basically absent. The officer shared the following example of an incident he responded to:

Three 9-year-olds swimming out to a buoy in a deep-water channel with no visibility, no life jackets, and strong currents. Someone’s dog was swimming in the same water, wearing a life preserver while the children at peril in the deeper section were without life jackets. In the same river just two weeks earlier, a 7-year-old drowned while swimming alone.

Based on such scenarios, America will experience societal dysfunction caused by parents who lack connectedness to the lives of their very own children.

On Jan. 14, I returned to the Union City Public Schools in New Jersey to continue my ongoing initiatives that began in the district on Nov. 27, 2006.

These initiatives have included training programs for students, administrators, security professionals, teachers, police, and parents; reflective of the principles of a national model of collaboration, critical to American schools.

American Teachers: Inspire the Heart and Transform the Country

The Union City Public Schools is worthy of great respect, admiration, and imitation as it is a poster child for outstanding education.

My training initiative on Jan. 14, was titled “21st Century Parenting: Inspiring Character, Achievement, Success,” and was attended by over 100 parents from the Washington School.

Complementing my presentation were numerous performances of children throughout the morning, touching the hearts of all, and clearly expressing the outstanding educational achievements taking place in the district.

This collaborative initiative is a model for schools throughout the nation. Our schools must do everything humanly possible to foster development for everyone in the school community, including the parents.

American schools, stand up and take notice of the exemplary collaborative education taking place in the Union City Public Schools.

Parents have the grave responsibility of educating their children and must be examples of kindness, respect, character, generosity, and sacrifice. The home must be a haven where virtues are cultivated and this requires discipline, sound judgment, and self-mastery so children can receive guidance, wisdom, and encouragement.

The home must be a haven where virtues are cultivated… so children can receive guidance, wisdom, and encouragement.

The family is the environment for developing responsibility, and parents must do everything to inspire children to avoid the dehumanizing and degrading influences that threaten human harmony.

Although there are many forms of families, the family understood as a loving community of a father, mother, and children can never be trivialized.

For some individuals, a transition to another family, especially when one escapes an environment of aggression, despair, or abuse, can be an opportunity for a better life. Yet, for too many of America’s youth, the broken family can lead to discouragement, disillusionment, and even rage.

When parents make their children their priority, and act in a way that clearly reflects they are loved unconditionally, we will be on the path to reawakening the nation.