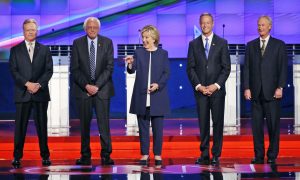 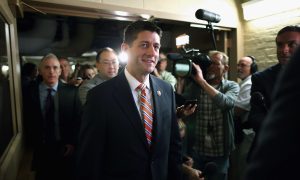 Prospective Speakers Multiply in House as All Wait on Ryan
0 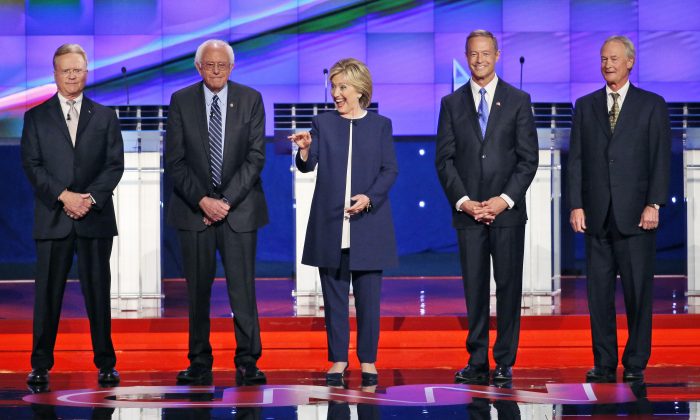 Former U.S. Senator and Secretary of State Hillary Clinton said at the Democratic Party presidential primary debate, “It is our job to rein in the excesses of capitalism.” This theme was echoed by the four other candidates. Missing was any discussion about reining in government excesses in the areas of taxation, regulations, deficit spending, excessive borrowing, waste, fraud, and abuse of federal expenditures all of which impact both our economic and civil liberties.

The discussion reminded me of five barkers on a summer night at the midway of a county fair. Each tried to outdo the others in redistribution of the wealth from the haves to the have-not’s. Their respective sales pitches were providing the most goodies as a way to entice voters to come over to their political tent.

Only Vermont Senator Bernie Sanders was honest enough to admit he is a “democratic socialist” in the Scandinavian European model. The other four shared his views on most issues, but would not come out of the closet. They hide behind the liberal and progressive labels. There is no longer any room in the Democratic Party for those who follow more moderate mainstream Democrats, such as the late Senators Daniel Patrick Moynihan of New York, Scoop Jackson of Washington, or Joseph Lieberman of Connecticut.

Just as conservatives have captured the Republican Party, democratic socialists or those who prefer the liberal or progressive label have control of the Democratic Party. A majority of Americans who consider themselves moderates or independents have no party representing them.