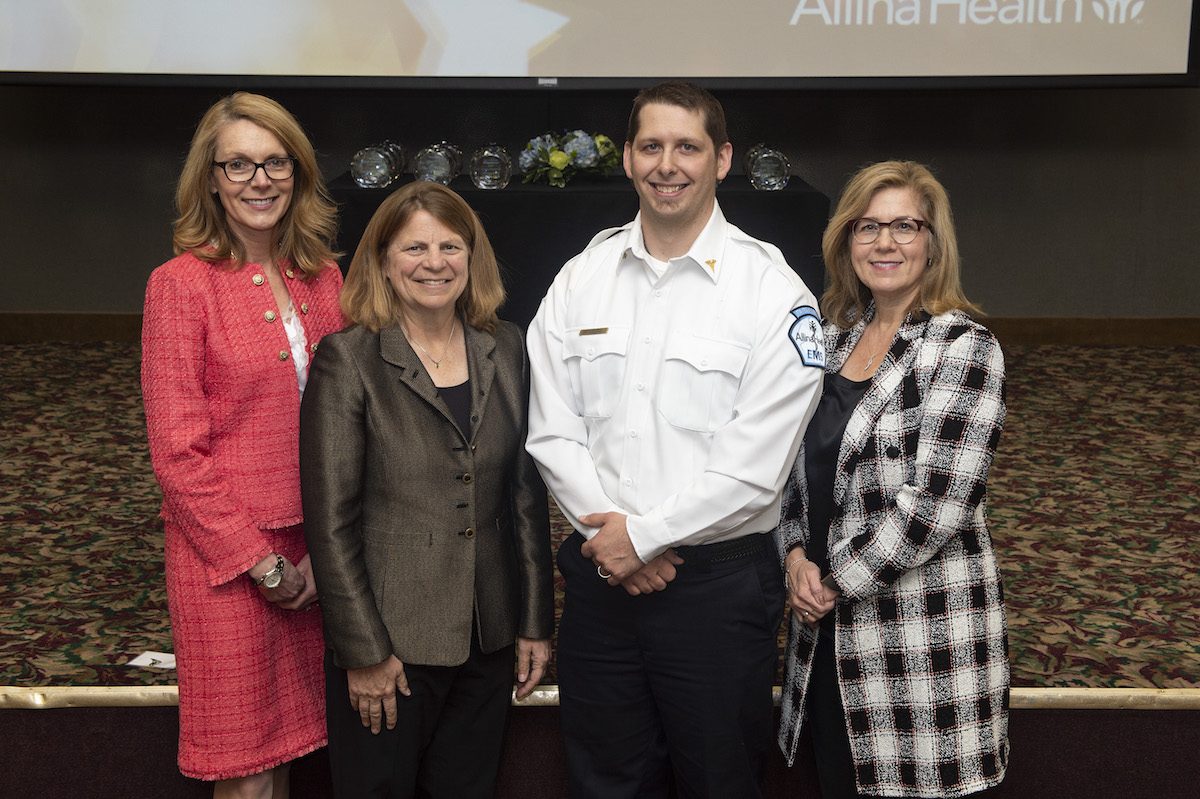 Riding in the back of an ambulance can be a traumatic experience, especially for children. It can also be hard on the paramedics responsible for treating the patient on the way to the hospital. One first responder had a harrowing experience treating a child, and now he’s connecting with his patients using an old hobby: Magic.

Ivan Mazurkiewicz is a 33-year-old paramedic in Scandia, Minnesota. As a first responder he faces a lot of challenges when treating children. Most of the calls he responds to involve adults, and they are better able to express themselves.

Children, on the other hand, may have trouble explaining what is wrong. They tend to be more afraid, apprehensive, and harder to connect with. Furthermore, there’s something uniquely difficult about witnessing a child who is sick, injured, scared, or in pain.

It’s also difficult because first responders may have children of their own or children who they are close with, and they may associate the patient with the child they know especially if they’re the same age.

Mazurkiewicz has been a paramedic for nine years, and has responded to numerous calls. However, there was a call involving a 5-year-old boy that really threw him, nearly seven years ago.

“It was the worst call of my entire career,” Mazurkiewicz said.

The child had fallen off of a tractor in a farm-related accident. What made this call particularly horrible was that they didn’t know the child’s condition beforehand, and didn’t know they were responding to such a young child.

The child was crying out for his dad, and was visibly upset. Within a minute, the child’s condition deteriorated rapidly in the back of the ambulance. Tragically, he passed away after they had reached the hospital. He had been the same age as Mazurkiewicz’s nephew.

“That was the first time in my entire career that I absolutely felt powerless,” Mazurkiewicz.

Mazurkiewicz was understandably shaken after this call. Fortunately, he had a lot of support from his family. For the following week or so, he experienced a fair amount of post traumatic stress.

Mazrukiewicz’s boss also held a critical incident stress debriefing where everyone who had been involved in the call was invited to talk through the event and express what they were feeling.

The discussion between him and his colleagues was therapeutic, and helped him cope with the incident.

He also learned that it was important “to be a kid at heart,” particularly because his patient’s childhood had been cut short.

He remembered how scared the child had been when they responded to the call. When pediatric patients are terrified, it’s difficult to connect with them.

Mazurkiewicz had an interest in magic, particularly card tricks, when he was a kid. After the tragic incident involving the 5-year-old boy, he realized that his hobby could help him connect with patients.

Whether it was making a coin disappear or turning a dime into a quarter, the tricks seized children’s attention. Then he bought a magic book, and started to learn more and more tricks. He also went to the oldest magic store in the country with his niece, and now he has a full repertoire of tricks.

Now magic has become both a hobby and a way to connect with patients. His favorite trick is called the “Lightening Boogie,” in which he pulls a bright red light from a child’s ear or nose.

He also has trick where he takes a blank book, and turns it into a coloring book.

Mazurkiewicz’s magic tricks have greatly helped him connect with the pediatric patients he treats.

In one instance, he responded to a call where an autistic child was having an episode. He was flailing around, and wouldn’t let anyone come near him.

The teachers were unable to calm him down, and his mother was couldn’t find a ride to the school. However, Mazurkiewicz was able to help. He initially kept his distance, and spoke with the child. Once the child responded he slowly started moving closer, and reassured him that he was there to help.

Mazurkiewicz was able to get the child to look at him, and he told the kid there was something on his nose. He performed the Lightening Boogie trick, and the child was immediately engaged.

“He completely latched on and was interested in what I was doing,” Mazurkiewicz.

Once they had performed some magic tricks together, he was able to get the child calm enough to get on the school bus home. He taught the child how to make a quarter disappear, and told him to show his mother when he got home.

Magic has allowed Mazurkiewicz to become an even better paramedic. He was recently honored at the Allina Commitment to Care Awards ceremony, particularly for his profound way of empathizing with his patients.

“It’s cool when you can connect with a patient on a different level,” Mazurkiewicz said.