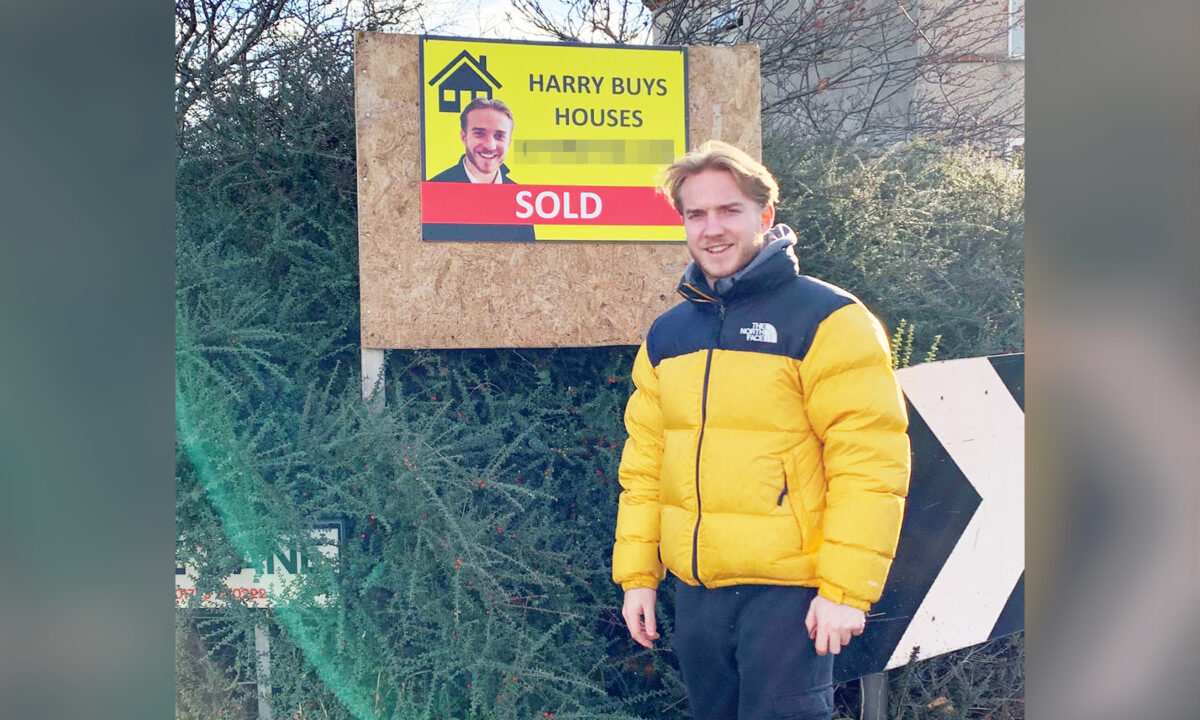 An ambitious business student has become a landlord after buying his first investment property at the age of 21.

After saving since he was 15, Harry Chew bought a two-bed mid-terraced home in Nottingham, East Midlands, England, as a long-term buy-to-let investment in June 2021.

“It is possible to buy property at a young age if you are prepared to put in the hard work, sacrifices, and effort,” said Harry, who currently lives in rented student accommodation. “I bought clothes and have been out and had experiences with friends, but I knew I needed to save hard for something bigger.”

The business management and entrepreneurship student purchased his first property for 82,500 pounds (approx. US$111,600) and had tenants move in within eight weeks.

He put down a 21,000-pound (approx. US$28,400) deposit and has the mortgage for over 21 years. Harry has rented the place to a family whilst he is all set to graduate this summer.

Hardworking Harry, who’s currently 22, saved his deposit by always working two jobs as a teenager around his studies. To build up his savings more, he worked at four jobs in the summer, starting his morning shifts at a warehouse, working at a racecourse in the evening, and during the weekend he had shifts at a sports hall and even worked in a restaurant.

“Since being old enough to get part-time jobs, I have always worked,” Harry said.

Moreover, Harry was not given a lump sum to help with his deposit but would save the pocket money his grandmother gave him.

“My gran had a little savings account for me but I decided not to waste it on things I wanted immediately,” Harry said. “Instead, I saved it toward my house deposit and she is very proud I have done something serious with it.”

“They knew it made financial sense and I had the savings and ambition to make it work,” Harry said.

The determined youngster knew research was key so he took time to find the right property to make an investment.

“The house is in the right location. I know the area well and it has a strong rental demand,” Harry said. “It is local to the M1, close to local amenities and I purchased this house because it is in a strategic location.”

Once Harry acquired the house, he set to work on refreshing the interior and had it ready to rent within weeks.

“I really enjoyed getting the deal secured, the business side of that was really exciting,” Harry said. “This property only needed to be refreshed cosmetically, that’s all I wanted for my first one.

“Even cosmetically, there was more to do than I initially thought, but all property investors told me that’s always the case with every purchase.”

The first project, he said, taught him a lot, but after graduating from college, he plans to properly train himself in other areas, such as plumbing or other hands-on trade, to help with future projects.

Harry admits that he is very passionate about the property arena and is hoping to not stop on the first step of the property ladder. He is looking at investing in another property soon.

“I love to read and enjoy networking with older, more experienced property investors and learning from their knowledge and experiences,” he said.

Harry has big plans for the future and has already set up his own business, Harry Buys Houses. The undergraduate hopes to build a property portfolio that will allow him to be financially independent before he is 30.

“In my future, I want to be able to travel when I like, enjoy life’s pleasures, and work on projects I love instead of working for a paycheque,” Harry said.

“My plans for the business is to build partners and expand as I’d like to go traveling straight after university,” Harry added. “The rental value is five times the monthly mortgage, so I know it’s a good investment and the house will be making me money whilst I am traveling.

“I have a lot of ambition to reach financial independence, the sooner the better.”

Harry believes that housing will always be a sound investment in the UK.

“I think you make money in multiple ways from property investment, both the rent and capital growth, and I’d much rather have an investment I can see and control rather than stocks and shares,” he explained.

Away from building his future, Harry also likes to focus on his health and fitness.

He also enjoys hiking and spending time with friends.

For any other youngsters hoping to get on the property ladder early in life, Harry advises to be prepared to work hard and save harder.

“You will need to be strict and know how much you need to save, go and see a mortgage broker and set your goals,” he said. “I’d recommend telling people your plans too, that encouragement will help you stay on track.

“The end goal is worth the sacrifices.”