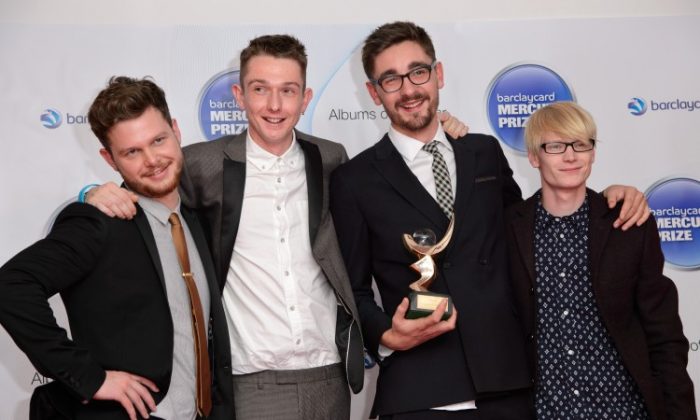 Bookmakers’ favourites, Alt-J, have just scooped the prestigious Barclaycard Mercury Music Prize for best British album of 2012. Their debut album, An Awesome Wave, saw off stiff competition from both young and veteran artists at the awards show tonight in the fashionable Roundhouse in Camden, London. The event was hosted by the DJ Lauren Laverne.

A wide spectrum of genres was represented on the shortlist of albums. These ranged from the aggressive Prodigy inflected sound of Plan B to the jazz experimentalism of Roller Trio; from the cerebral XTC inspired art pop of Field music to the sweet and soulful 70’s sounding Michael Kiwanuka and Lianne La Havas.

Like many of the artists, Alt-J are lesser known. They have a unique and infectious indie sound.

Experimental yet accessible they combine razor sharp falsetto vocals, folk inflections and atmospherics that recall the XX and Radiohead.

After being presented with the award they said, “We didn’t expect to win as the competition was so high.”