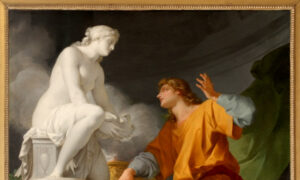 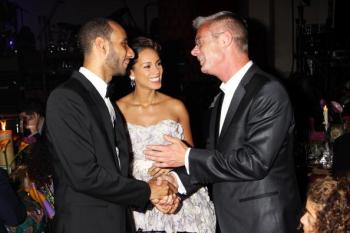 Alicia Keys and Swizz Beats, whose real name is Kasseem Dean, are not only engaged, but the talented pair are having a child as well. Keys and Dean are both New York natives who share a passion for music and African American culture, reported US Magazine.

A source told US Magazine that Keys and Dean are very happy with their upcoming parenthood.

"I absolutely am very interested in starting a family. It is one of the most beautiful experiences to have in this life and I am looking forward to it when it is my time,” Keys recently told US Magazine.

Dean already has a son from his first wife making his expected child with Keys his second. Deen made a statement last year when the couple first started dating expressing his gratitude for their relationship.

"What we have is so precious,” Deen told New York Daily News.

Keys and Dean have both made admirable achievements in the music industry. After her breakthrough hit “Fallin” in 2002, Keys took home five Grammy Awards that year for the album Songs in A Minor that featured the track, including Best New Artist and Song of the Year.

Dean has worked with a number of popular rappers producing beats for Jay Z and Ludacris. He has also produced tracks for his own solo rap albums that have been growing in popularity over the past few years.