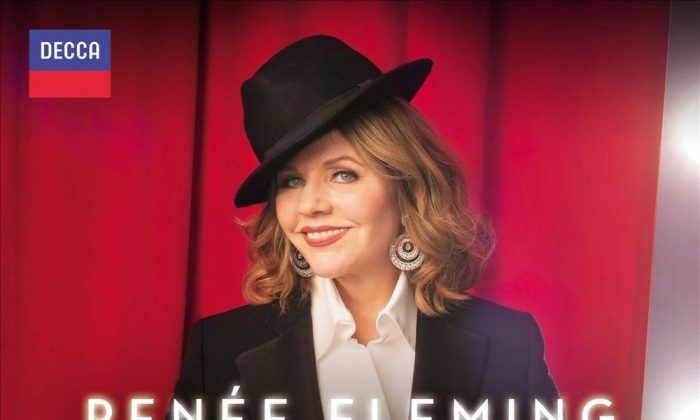 Soprano Renée Fleming recently made a successful transition to Broadway, receiving a Tony nomination for Best Featured Actress in a Musical, in “Carousel.” She has a new album titled “Renée Fleming Broadway” (on Decca), and the collection is unusually adventurous.

Fleming is, of course, at home in roles played by Barbara Cook (“Dear Friend” from “She Loves Me” and “Till There Was You” from “The Music Man”), which require a sweet soprano sound.

She puts together two songs that have a thematic connection and are particularly timely now: “Children Will Listen” and “You’ve Got to Be Carefully Taught.” Another link is that the first is by Stephen Sondheim and the second by his mentor Oscar Hammerstein (with Richard Rodgers). This is the only duet on the album, and Leslie Odom Jr.’s voice blends perfectly with Fleming’s.

Rodgers and Hammerstein are also represented by the title song from “The Sound of Music” and “Wonderful Guy” from “South Pacific.” Another link is made with “Fable” from “The Light in the Piazza” by Adam Guettel, the grandson of Richard Rodgers.

Among the evergreens are “All the Things You Are” by Kern and Hammerstein and, the oldest song on the album, a delicious rendition of Cole Porter’s witty ”Down in the Depths (on the Ninetieth Floor).”

More surprising are contemporary songs of varying moods and styles from lesser-known musicals: “Violet,” “The Last Ship” and “The Visit.” There is also a notable performance of the emotional “So Big/So Small” from “Dear Evan Hansen,” in which a wife is abandoned by her husband and left with a young son.

Unlike many opera singers, Fleming does not try to overwhelm the material with her big voice. On the other hand, some of the numbers have been done by musical stars with less vocal power but more personality, such as Mary Martin’s “Wonderful Guy” from “South Pacific.”