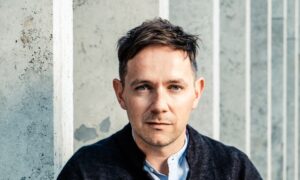 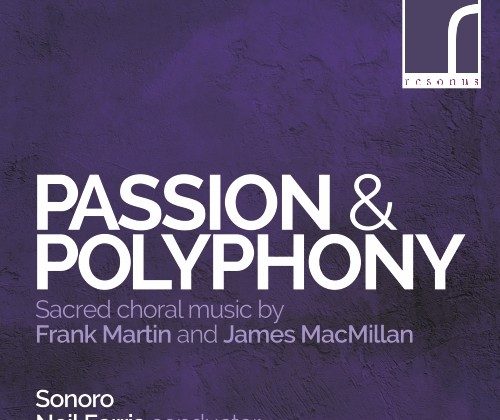 It sometimes seems as if London might have a finite pool of professional singers, with familiar faces cropping up in a variety of different ensembles. But the combination of conductor and a particular lineup of personnel can create striking differences.

The choir Sonoro (made up of 20 professional singers), conducted by Neil Ferris, has the explicit intention of creating a very particular sound quality. As might be expected from its name, Sonoro is designed to have a rather more sonorous sound quality with a greater use of vibrato.

“Passion and Polyphony” is Sonoro’s debut disc, on the Resonus Classics label. Under Ferris‘s direction, they perform a program of music by James MacMillan and Frank Martin, pairing Martin’s 1922 “Mass for Double Choir” with seven of MacMillan’s sacred pieces, including his large-scale “Miserere.”

It is an interesting, and perhaps surprising, pairing, yet it works because the two composers owe an inspiration to polyphony with each bringing his own distinctive twist to the mix.

The Martin “Mass” is given in a big, vibrant performance with some vividly created textures and tonal colorings. But that is not to say that subtlety is lacking, and the smaller-scale sections with just one or two voices create moments of beauty and calm. The use of such vibrant individual voices requires careful blending in the choir, and this Ferris does superbly while urging his singers to a passionate, sometimes almost operatic articulation of the music. But this contrasts finely with the intense feeling of control: These singers known when let go and when not to.

I enjoyed the performance but have to confess that I prefer a slightly cooler tone from the choir in this music, with a greater sense of line. Here, instead, were vibrant textures, thrilling climaxes, and ripely expressive tone.

The selection of music by James MacMillan includes two of the Strathclyde Motets, “Data est mihi omnis potestas” and the rightly popular “O Radiant Dawn,” plus one of MacMillan’s earliest works, “Hymn to the Blessed Sacrament,” with its beautiful interweaving of solo viola and oboe (Benjamin Roskams and Emily Pailthorpe).

The “Miserere” is built on another scale, lasting over 12 minutes, and MacMillan’s use of the voices creates a variety of different textures from full ensemble to small solo groups. Ferris and the choir bring these out well, creating a variety of colors and, as in the Martin work, ensuring that technique and style match the music.

This is an impressive debut from a choir that is deliberately designed to buck the trend, and base itself on a sound quality far removed from the traditional English cathedral and college sound.