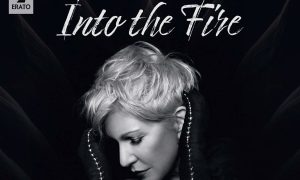 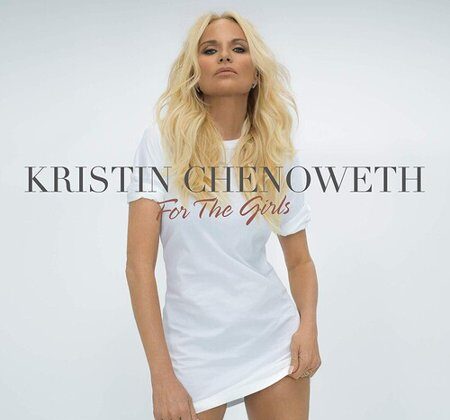 Album Review of Kristin Chenoweth’s ‘For the Girls’

Kristin Chenoweth is a star of Broadway (a Tony winner for “You’re a Good Man Charlie Brown” and nominee for “Wicked”) and television (an Emmy winner for “Pushing Daisies” and a nominee for “Glee”). She is also a successful recording artist.

Chenoweth’s latest CD, “For the Girls” (on Concord Records) is a tribute to the women singers who inspired her. She has said that the album is also her response to the current political climate and an expression of female empowerment.

The singers represent a variety of styles and Chenoweth does not try to imitate them but to place her own stamp on the material.

The opening track is “The Way We Were” (a tip of the hat to Barbra Streisand) and is a lovely performance, both by the singer as well as the instrumental backing. The album’s tasteful producer is Steve Terell, a fine singer in his own right.

“It Doesn’t Matter Any More” is a Paul Anka song he wrote for Buddy Holly. One of the artists who recorded it was the sublime Eva Cassidy, who died at an early age in obscurity. Her recordings were released posthumously. One of Chenoweth’s aims is to generate interest in some of these singers, who may be unknown to some of the listeners.

Eydie Gorme (“I Wanna Be Around”) is another singer who will probably be known primarily by older listeners.

“What a Difference a Day Makes” was a hit for Dinah Washington. Chenoweth’s style bears no resemblance to Washington’s jazz/blues style and sounds a bit bland by comparison.

“When I Fall in Love” is a good choice for Doris Day, who is better known for the ghastly “Que Sera Sera.”

Chenoweth is perfectly in synch with the country sound, as she demonstrates on the Patsy Cline hit “Crazy.”

“The Man that Got Away” is somewhat lacking in the passion Judy Garland imparted to the song in “A Star is Born.” Oddly, the best version next to Garland’s may be the one by Frank Sinatra, who of course altered lyric’s gender.

“I Will Always Love You” is a sublime duet with the composer of the song, Dolly Parton.

The female empowerment theme becomes more explicit with the Leslie Gore hit, “You Don’t Own Me,” a duet with Ariana Grande.

Chenoweth and her guest stars Reba McEntire and Jennifer Hudson cut loose on an exhilarating “I’m a Woman” (memorably recorded by Peggy Lee in 1963). Incidentally, the song was written by two men: Jerry Leiber and Mike Stoller.

Carole King is represented by “Will You Still Love Me Tomorrow.” Again, the lyric was by a man: King’s husband and collaborator at the time, Gerry Goffin.

Linda Ronstadt is represented by “Desperado.”

“For the Girls” successfully honors female singers from different genres while confirming Chenoweth’s place among the luminaries.

Chenoweth will be performing songs from the album on Broadway for a limited run at the Nederlander Theater from Nov.  8–17.