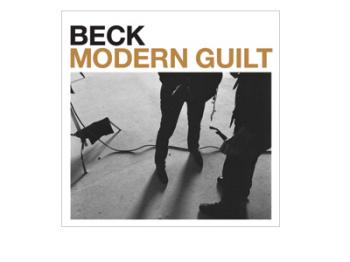 By Chris Holehouse
biggersmaller
Print
Beck’s decision to team up with the popular hip-hop producer Danger Mouse (Gnarles Barkley, Jay-Z,  Gorillaz) on his eighth studio release, Modern Guilt, turns out to be a very wise move for the 38-year-old singer/songwriter. The 10 songs are filled with visionary content from both artists, producing a collaborative feel and a surprising new focus.

Beck’s songs have always had a quirky vibe laced with a barrage of different sounds, blending folk, hip-hop beats, blues, funk, and even country. Beck first hit the mainstream scene in 1994 with his grungy anthem "Loser." The song was an experimental fusion of multiple genres driven by sarcastic, witty lyrics that would become his trademarked style.

The themes on Modern Guilt are diverse. Beck crafts a sharp and sincere sound, track by track, each filled with his patented lyrical imagery and a collage of diverse instruments. The addition of Danger Mouse is the album’s strongest feature. DM adds depth to each cut, building an intricate world of percussion, piano, and guitar lines woven around tight, complete arrangements.

"Orphans" has an eyebrow-raising intro starting with a rhythmic subwoofer underneath hypnotic keys provoking the question, “Is this a Beck album?”

The song soon familiarizes itself as the acoustic guitar strums and Beck sings, “I think I’m stranded but I don’t know where/ I got this diamond I don’t know how to shine.” The song patiently unfolds beneath an atmospheric groove, gradually building and introducing new elements along the way. The bridge brings a head-nodding listening event opting into a slick outro.

"Gamma Ray" is a nod to the abstract style of Pixies front man Frank Black. Beck pushes a dark, pulsing outer-space vibe matched to a surf-style guitar and obscure lyrics.  "Chemtrails" is Beck’s chronicle of being swallowed by a cloud. He supports the lyrical portrait well with an ethereal arrangement of multilayered vocals and spacey synthesizers.

The title track of the album bounces to a dark, blues bass line that creeps underneath paranoid lyrics and pictures and is backed by a skittish beat. Beck describes his bleak situation: “I feel uptight when I walk in the city/ I feel so cold when I’m at home/ Feels like everything’s starting to hit me/ I lost my bed ten minutes ago.”

The murky, yet catchy pull of the track takes the last minute to jam as Beck seems very carefree, lost under a repetition on "Dadada… "

Modern Guilt is a great new twist on a veteran artist’s seasoned musical taste. Coupled with the immersive and unique beats and production style of Danger Mouse, Beck designs a well-balanced album filled with imagination.