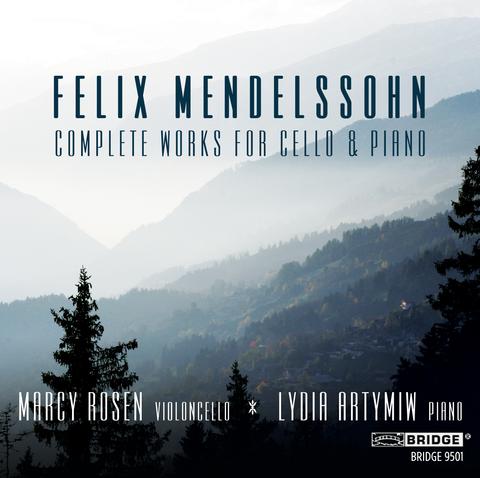 In these tense times, one safe way to unwind is to listen to the soothing sounds of chamber music and Felix Mendelssohn (1809-1847) was one of the masters of the form.

In his short life, he accomplished a lot. A virtuoso pianist/organist and conductor, he founded the Leipzig Conservatory of Music and was responsible for reviving interest in neglected composers of the past, notably J.S. Bach. Mendelssohn’s 1829 performance of Bach’s “St. Matthew Passion” was the first after Bach’s death in 1750.

Mendelssohn composed symphonies of great charm (often inspired by his travels, including the Italian and Scottish Symphonies and the Hebrides Overture), concertos for the violin and piano, oratorios (“Elijah” and “Paulus”) and piano pieces, such as the “Songs without Words.”

A child prodigy, he began performing in public at age 9 and, not long after, was composing operas, symphonies, and chamber music. He was only 17 when he wrote the Overture to “A Midsummer Night’s Dream.” He added the famous “Wedding March” when the complete incidental music to Shakespeare’s play had its debut in 1842.

Mendelssohn came from a close musical family. His sister Fanny was also a composer, and his younger brother, Paul (a banker, like their father) was a talented amateur cellist. He inspired Felix to write works for the instrument.  These are performed with style on a new flawlessly engineered album, “Complete Works for Cello & Piano” (on Bridge) by Marcy Rosen on cello and Lydia Artymiw on piano.

Mendelssohn created so many works in different forms that his cello/piano pieces are often overlooked. This marvelous album serves to rectify that situation.

Variations concertantes in D Major, Op. 17 was written in 1829 when the composer was 20 and dedicated to Paul Mendelssohn. Since Paul was only 16 at the time and the work was written for him to play, he must have been a highly skilled cellist. The lilting melody is first stated and then followed by eight variations, which include some virtuosic passages.

The Sonata No. 1 in B-Flat Major, Op. 45 (completed in 1838) was a birthday gift for Paul. The liner notes quote composer Robert Schumann, who described it as “the purest, most self-sufficing music; as fine and clear and as original a sonata as has ever proceeded from the greatest of master hands; especially fitting for the most refined of family circles.”

The Sonata No. 2 in D Major, Op. 58 (1843) was also written for Paul to play, although it was dedicated to another amateur cellist (and patron of the arts), Count Mathieu Wielhorski, who performed the piece with Felix. It is a more ambitious work than the first sonata, going through a number of moods, from playful to a spiritual chorale (bearing some influence from Bach), leading to an exciting ending.

Lied ohne Worte, Op. 109 was the last of Mendelssohn’s works for cello and piano. It was written in 1845 but was not published until after his death. This was one of the charming Songs Without Words that he composed, starting in late 1820s.

The somber Assai tranquillo in B Minor was composed in 1835 and dedicated to Julius Rietz, a cellist who had also been Mendelssohn’s assistant Kapellmeister in Düsseldorf. The piece (thought to be uncompleted) was first published after his death.

Cellist Rosen and pianist Artymiw play these pieces with virtuosity and sensitivity.

Rosen will be performing on Monday, April 30 at 8 p.m. with Musicians from Marlboro at Weill Recital Hall at Carnegie Hall. Playing with Rosen will be Tessa Lark (violin), Robin Scott (violin), Rebecca Albers (viola) and Molly Carr (viola). The program will include Haydn’s Quartet in D Major, Op. 20, No. 4; Krzysztof Penderecki’s String Trio and Johannes Brahms’s String Quintet in F Major, Op. 88.

For information go to https://www.marlboromusic.org/tours/schedule/group-four.