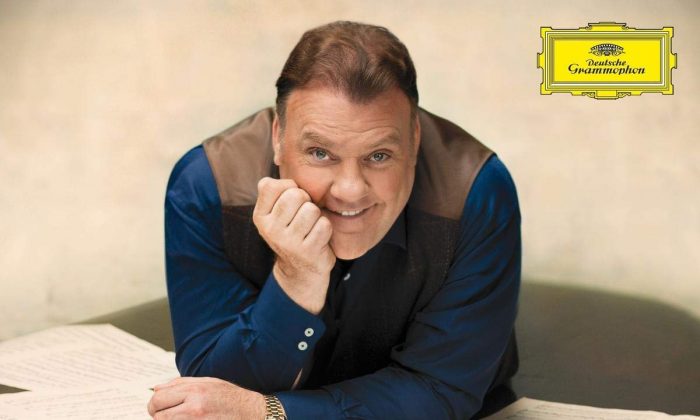 Last year, bass-baritone Bryn Terfel had to cancel a number of performances for health reasons. The good news is that his new CD “Dreams and Songs,” recorded in April and June 2018, shows that his rich voice is back in all its glory.

The intent of the album is to sing pieces that he has successfully performed as encores at his concerts.

Some of the pieces are sentimental pop standards (“I Believe” and “Smile”) and the semi-classical “Trees,” the hymn “Amazing Grace,” the Welsh folk song “Ar Lan Y Mor,” the Irish ballad ‘The Fields of Athenry,” and the comic “The Golf Song (Golfer’s Lament).”

“Tell My Father” (a duet with Katherine Jenkins) is from Frank Wildhorn’s underrated Broadway musical, “The Civil War.” Also from the Great White Way are two songs from “Fiddler on the Roof”: “If I Were a Rich Man” and a duet with Emma Thompson, “Do You Love Me.” The first is exuberant and the second nicely done.

The only guest who matches Terfel’s vocal power is operatic tenor Joseph Calleja. They knock out an exciting “Granada.”

“Dreams and Songs” is an entertaining crossover album, but the material doesn’t match Terfel’s artistry, which is best directed toward opera and art songs.