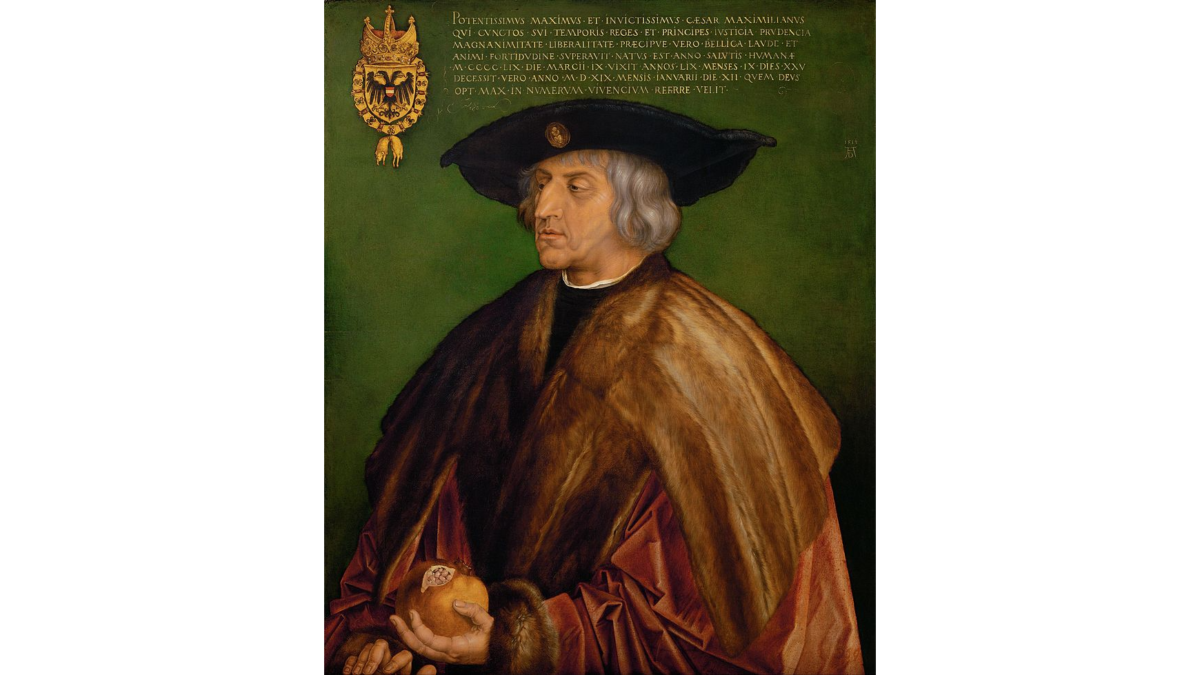 Giovanni Bellini and his star students welcome the innovative artist from the North
BY James Baresel TIMEMay 7, 2022 PRINT

On Feb. 7, 1506, Albrecht Dürer wrote to tell his friend Willibald Pirckheimer that Giovanni Bellini, then Venice’s leading artist, had not only praised Dürer’s paintings but, amazingly, announced his intention to buy one.

Dürer traveled to Venice twice. On the second visit, he was determined to demonstrate his abilities and those of other artists of the Northern European Renaissance to Venetians. Bellini’s endorsement was enough to convince all but the most biased.

The bias that Dürer sought to counter, and that the great Bellini rejected, has been all too enduring, leading some to see Dürer’s relationship to the Venetian art world as that of a student to a teacher. That was true of his first visit, from 1494 to 1495, when he completed his training as a painter there after an apprenticeship in his native Nuremberg and advanced studies in northeastern France and the Netherlands.

But when he returned as an internationally famous artist 10 years later, the teaching and learning were much more reciprocal. Dürer and the Northern European school he represented had become a key influence on the style of the Venetian High Renaissance.

Dürer’s friend Bellini laid important foundations for this to happen. Bellini’s work respected the artistic advances of the early Venetian Renaissance and took them to greater heights. His innovations set the stage for even more dramatic innovation by his two greatest students and the leading lights of Venice’s next generation of artists: Giorgione and Titian.

Bellini honored his city’s artistic tradition while encouraging innovation in his students. Giorgione perfected Bellini’s naturalistic depiction of the human form, and Titian added a sense of drama into the style first developed by Giorgione.

The ability to learn from Dürer, among others, and an art market open to a degree of innovation would have been unprofitable for Bellini during his career; as times changed, his greatest students were able to surpass their teacher.

The fact that it was Bellini’s students who made such advances is often cited by those who exaggerate Bellini’s deference to his city’s earlier artistic conventions. The truth is that while Bellini was a fairly moderate stylistic innovator in his own work, he had the highest regard for artists such as Giorgione and Titian, who were able to produce more dramatically innovative and unique works of true beauty.

Such an attitude toward innovation also certified Dürer as an artist of the first rank and assured that his work would influence the younger generation.

Dürer undoubtedly met Giorgione and Titian, whose transitions into independent masters overlapped with the German’s 1505–07 visit to Venice and his friendship with Bellini.

At this time, Titian and Giorgione would assuredly have discussed an artist as famous as Dürer with each other and with their former master. Unfortunately, Dürer’s extensive and usually informative correspondence makes no reference to his influence on these newly independent painters, his interest being in artists who had already attained prominence, like Bellini.

But Dürer did influence these artists, as can be seen by comparing Dürer’s work and theirs. His influence over Titian can be seen by looking at Dürer’s “Portrait of Maximilian I” and Titian’s “Portrait of a Man in a Red Cap.” While the styles are too different for them to be mistaken as two works by a single painter, the similarities alone would suggest that they were familiar with each other’s work. Both worked from similar color palettes that are remarkably deep and realistic. Both depicted human features with almost photographic accuracy.

Historical context within the Renaissance reveals just how significant such similarities are. Until then, deep, realistic color had been a Northern European specialty while Italian artists, particularly those in Florence, focused on perfecting depiction of the human shape.

For example, the early- to mid-15th-century Flemish painter Jan van Eyck’s “Arnolfini Portrait” combines deep and realistic color with underdeveloped facial features, while the mid- to late-15th-century Florentine Sandro Botticelli’s “Portrait of a Man With a Medal of Cosimo the Elder” has almost photographic facial details but colors that are more painterly.

Dürer’s work surpassed both of those predecessors. He combined a more brilliant use of color than van Eyck with a greater perfection of naturalistic form than Botticelli to create more realistic paintings than any previous artists. Yet not even that exhausts the importance of an artist whose achievements were held in high regard by Michelangelo, Raphael, and Leonardo da Vinci. Dürer’s work later influenced the Baroque style, and his technical writings on perspective (creating the impression of distance in painting) were among the finest of his age.

Such high accomplishments puts Dürer in the first rank of Renaissance masters and, at the time of his second visit, became an important influence on the greatest geniuses of 16th-century Venice.