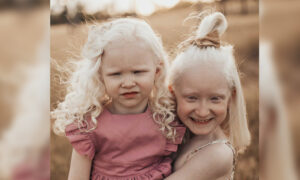 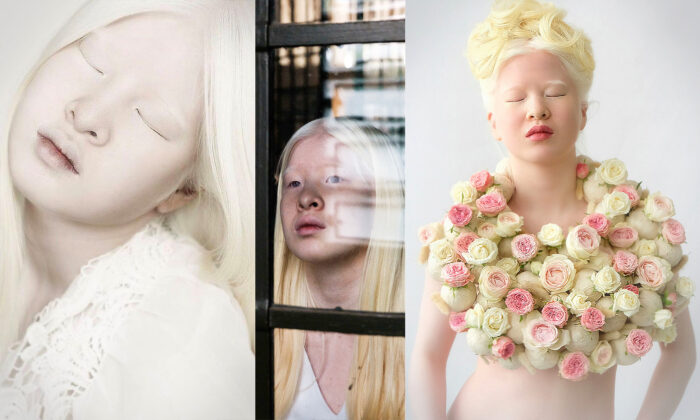 Albino Girl Abandoned by Parents in China Gets a New Life, Finds Success as a Teen Model

A girl from China who was abandoned by her parents at a tender age due to her albinism has—despite her condition—gone against the odds and succeeded in becoming a teen model.

As a baby, Xueli Abbing, now 16 years old, was dropped off outside an orphanage by her parents without them leaving a note explaining why.

The orphanage took her in and gave her a name.

She was later adopted at the age of 3, and eventually went to live with her adoptive mother and sister in the Netherlands.

“My mother said she could not think of a more perfect name and she thought it was important to keep a reference to my Chinese roots,” Xueli told the BBC.

Xueli’s albinism is what gives her hair and skin its extraordinarily light complexion, along with her skin’s increased sensitivity to sunlight.

At the time of her birth, the Chinese government had in place a mandate allowing parents to have only one child; for her generation, being an only child is the norm.

Her albinism was hardly the norm, though—and far from desirable for many parents in China.

“You were extremely unlucky if you had a child with albinism,” Xueli explained. “Some children, like me, were abandoned, others were locked away or if they did go to school their hair was painted black.”

Xueli started modelling at the age of 11; her mom had connections with a designer from Hong Kong.

“She has a son with a cleft lip and she decided that she wanted to design very fancy clothes for him so people would not always stare at his mouth. She called the campaign perfect imperfections and asked if I wanted to join her fashion show,” Xueli said, adding that modelling was an awesome experience.

She did photo shoots with various studios. One photographer, Brock Elbank, posted her portrait on Instagram, and that got her modelling career off the ground.

“Zebedee Talent Modelling agency got in touch and asked if I wanted to join them in their mission to get people with disabilities represented in the fashion industry,” she told the British news outlet.

In June 2019, one of her shots was even highlighted in an edition of Vogue Italia, which featured Lana Del Rey as the cover model.

“In modelling, looking different is a blessing not a curse and it gives me a platform to raise awareness of albinism,” Xueli said.

Nevertheless, she sometimes faces challenges with the professional lighting in the studios.

“Sometimes if it is too bright on a shoot I will say, ‘May I close my eyes or can you make the light softer?’ Or I will say, ‘Ok, you can do three pictures with my eyes open with the flash and no more.’”

Now, the teen encourages others with albinism and other disabilities to believe in themselves and that they can accomplish their goals if they put their hearts into it.

“I want to use modelling to talk about albinism and say it is a genetic disorder, it is not a curse,” she added.