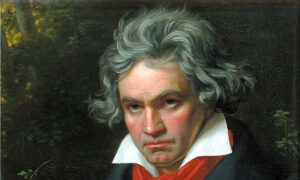 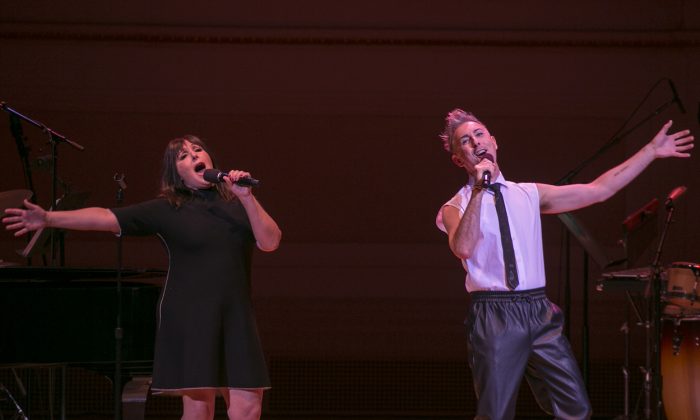 Alan Cumming became an instant star on Broadway when he first appeared in the 1998 revival of “Cabaret.” He returned to the role 15 years later and was as magnetic as the first time. He has also scored in a number of other roles on stage, movies, and television and is currently nominated for an Emmy for his role in “The Good Wife.” Though blazingly funny, he has revealed his family’s troubled history in a best-selling memoir, “Not My Father’s Son.” In conjunction with the release of his album, “Sappy Songs: Live at the Café Carlyle” (on Yellow Sound Label), he gave a sold-out concert at Carnegie Hall.

It was an appropriate venue, since as the singer pointed out, Andrew Carnegie was from Scotland, Cumming’s native country.

While there were many jokes thrown in, Cumming also linked personal stories with some of the more downbeat material. He spoke of discovering, in the course of a television program about his family history, that his grandfather had been a decorated World War II hero who committed suicide. Until then, the family had no idea what happened to the grandfather from the end of World War II until his mysterious death in Malaysia six years later. This led to the artist’s work in raising funds for organizations helping ex-GIs suffering from PTSD. From this, he segued into Billy Joel’s “Goodnight Saigon” about the Vietnam War.

He spoke about his violent father, whom he hadn’t spoken to in two decades and who later denied paternity (the source of the title of Cumming’s memoir). Then, he sang Rufus Wainwright’s bracing “Dinner at Eight” about the singer-songwriter’s own fractured relationship with his father.