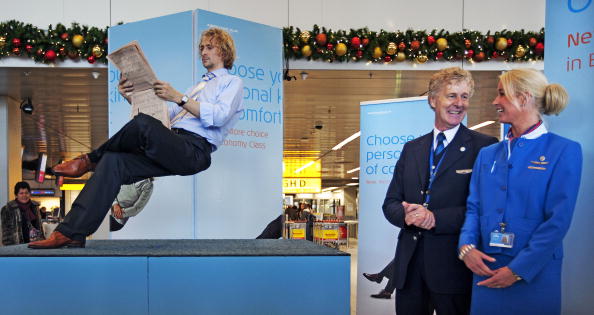 Hopes for more legroom in increasingly cramped airplane cabins were dashed when U.S. regulators, responding to a court order, said they found no need to impose new standards on airlines.

The Federal Aviation Administration, in a letter dated July 2, said the agency “has no evidence that there is an immediate safety issue necessitating rule-making at this time.”

Research shows that tighter confines on planes isn’t what slows emergency evacuations, the FAA wrote in its response to Flyers Rights, the nonprofit citizens group that sued it claiming evacuations could be hindered by tightly packed seating. Instead, exit doors are the choke points that slow evacuations, the agency wrote.

The FAA action is the latest move in a swirling controversy that has raised hackles from consumers and prompted attempts at legislation by members of Congress.

New slimmer seats have allowed airlines to cram extra rows onto planes, which prompted Flyers Rights to sue the FAA, charging it was creating a safety hazard.

Judge Patricia Ann Millett, writing on behalf of a three-judge panel, ruled partly in favor of the group in July 2017.

“This is the Case of the Incredible Shrinking Airline Seat,” Millett wrote in her decision last year. “As many have no doubt noticed, aircraft seats and the spacing between them have been getting smaller and smaller, while American passengers have been growing in size.”

The court ordered the FAA to conduct a “properly reasoned disposition” of safety issues related to seating configurations. It found the agency had used “off-point” studies and “undisclosed tests using unknown parameters” to justify its initial refusal to review the rules. “That type of vaporous record will not do,” the court said.

In its court-ordered response and eight-page summary of evacuation test results by the agency’s senior specialist for cabin survivability, Jeffrey Gardlin, said factors other than seat spacing are what slow evacuations.

In emergencies, flight attendants must first make their way to exits, check outside before opening emergency doors for fire and ensure that emergency slides have inflated. All these steps take time, especially in the chaos of a real emergency, the FAA said.

As a result, passengers are likely to wait at the doors, even when crammed into the tightest configurations with seat rows only 28 inches apart, the agency said.

“This timeline has been repeatedly demonstrated during evacuation tests,” the agency wrote. “The FAA has no evidence that a typical passenger, even a larger one, will take more than a couple of seconds to get out of his or her seat, or that such time will approach the time necessary to get the emergency exits functional.”

As a result of the court case, aircraft manufacturers for the first time have agreed to let the FAA release videos of their evacuation tests, which are considered proprietary and not subject to public records law.

Flyers Rights argued that the average seat width has narrowed from approximately 18.5 inches in the early-2000s to 17 inches in the early-to-mid-2010s. In recent decades, the distance between seat rows, known as “seat pitch,” has gone from an average of 35 inches to 31 inches, and as low as 28 inches at some airlines, the group said in the suit.

The combination of less legroom and larger passengers had created a hazard, Flyers Rights argued, making it more difficult to exit a plane in an emergency and heightening the risk of deep vein thrombosis, a potentially fatal condition of blood clots in the legs that has been associated with longer flights.

Flyers Rights President Paul Hudson dismissed the FAA conclusions. “The FAA says that it has seen no evidence that passenger size, age or physical capacity effects evacuation time because it refuses to do testing that actually reflects the current passenger population and shrunken seats and aisle widths in any realistic way,” Hudson said.

Aircraft manufacturers such as Boeing Co. and Airbus SE are required to demonstrate a fully loaded plane can evacuate within 90 seconds with half the exits blocked before that model can be approved to carry passengers by FAA. The agency has no rules on seat width or the distance between rows, relying instead on the evacuation standards.

While emergency evacuations have continued to get attention from accident investigators such as the National Transportation Safety Board, evacuations have gotten significantly safer in recent decades. The improvement is credited to improved exit designs, flammability standards, stronger seats and better emergency lighting.