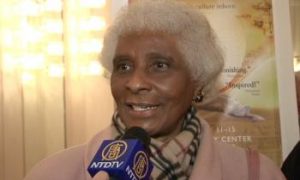 Security Analyst: 'It was very vibrant and fulfilling'
0 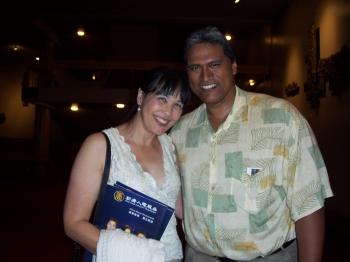 Mr. Ka'anana and his wife at the Blaisdell Concert Hall. (The Epoch Times)
Arts & Culture

Airline Executive: ‘We enjoyed everything’

By Epoch Times Staff
Print
HONOLULU—Mr. Ka’anana, an executive in the airline industry, and his wife caught Shen Yun’s last of three shows at the Blaisdell Concert Hall on Jan. 15.

“My wife and I came in this evening, and we enjoyed it very much. This is our second time. We enjoyed everything. … The orchestra, the dancers, the singers [are] really good,” Mr. Ka’anana said. Shen Yun orchestras play their own original compositions, which blend the sounds of East and West.

Mr. Ka’anana said the backdrops bring people into the stage. Animated backdrops are projected behind the dancers. “The hi-tech images lift the stage and set it amidst blossoming landscapes, deep forests, Mongolian prairies, or celestial paradises,” according to the Shen Yun website.

Mr. Ka’anana said Shen Yun conveys the meaning of life, portraying it through the dancers. He and his wife both appreciated gaining a new understanding of Chinese culture from the performance.

“This was an honor. It was such an honor,” Mrs. Ka’anana said.

Mr. Ka’anana said he would tell his friends to see the show. “If it’s not here, then someplace else in the world” where Shen Yun is performing.

“It’s well worth it. They need to come,” his wife added.

With reporting by Kerry Huang.