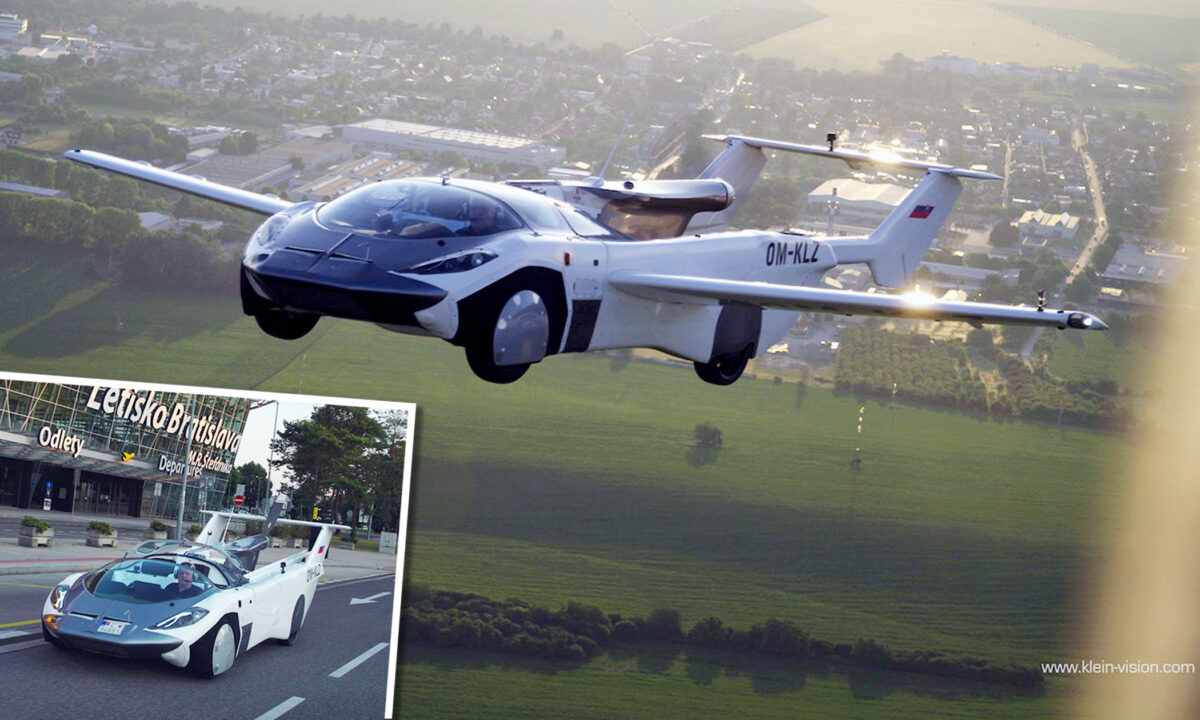 A futuristic car that can transform into a small aircraft has passed tests and is now certified to fly.

AirCar, the dual-mode car-aircraft vehicle, has been issued the official Certificate of Airworthiness by the Slovak Transport Authority, it was announced on Jan. 24.

It follows the successful completion of 70 hours of rigorous flight testing compatible with European Aviation Safety Agency (EASA) standards, with over 200 takeoffs and landings.

Slovakian company Klein Vision said the challenging flight tests included the full range of flight and performance maneuvers and “demonstrated an astonishing static and dynamic stability in the aircraft mode.”

“The takeoff and landing procedures were achieved even without the pilot’s need to touch the flight controls,” claimed the firm.

According to Professor Stefan Klein, the inventor, leader of the development team, and the test pilot, the certification of AirCar opens the doors for mass production of very efficient flying cars.

“It is official and the final confirmation of our ability to change mid-distance travel forever,” he explained.

Meanwhile, Anton Zajac, co-founder of the project, added that: “In the early 20th century, the car was the epitome of freedom. Now, in 2022, AirCar offers a next level of freedom.”

“His latest (fifth) version is the pinnacle achievement in the new category of flying cars,” he said. “The automated transition from road vehicle into an air vehicle and vice versa, deploying/retracting wings and tail is not only the result of pioneering enthusiasm, innovative spirit, and courage; it is an outcome of excellent engineering and professional knowledge.”

René Molnár, the director of the Civil Aviation Division (Transport Authority of Slovakia) said that the transportation authority carefully monitored all stages of unique AirCar development from its beginning in 2017.

“The transportation safety is our highest priority,” he said. “AirCar combines top innovations with safety measures in line with EASA standards. It defines a new category of a sports car and a reliable aircraft. Its certification was both a challenging and fascinating task.”

Klein Vision has already completed tests of a new powerful, lightweight, and efficient Adept Airmotive aviation engine and finalized drawings and technical calculations for the upcoming monocoque model with variable pitch propeller. It is expected to reach speeds over 300 kph (186 mph) and a range of 1,000 km (621 miles).

“Adept Airmotive is proud to have our ecologically compliant engines selected to power this exciting and innovative project,” said Richard Schulz, founder of Adept Airmotive.”

“Klein Vision’s AirCar is an engineering marvel, and we look forward [to] our long-term cooperation,” adds Raymond Bakker, the Adept Technical Director.

The new production model is expected to be certified in 12 months.