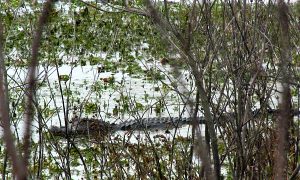 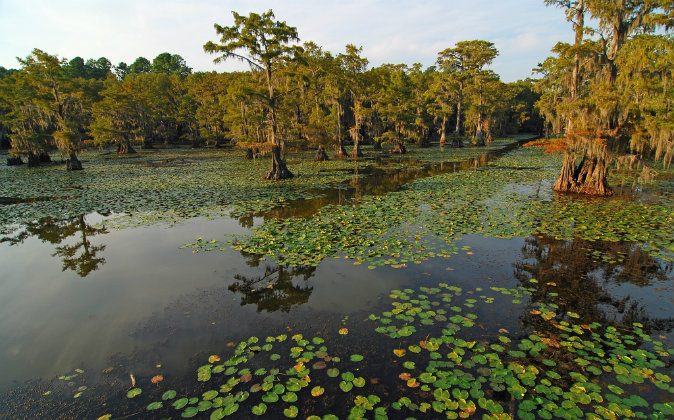 Airboats, Alligators and a Rich History in Louisiana

Lance, the tour guide at Airboat Adventures in Lafitte, was so mesmerising and maybe a little crazy.

The only reason I’m calling him crazy is because he put pieces of chicken into his shorts’ pocket, plunged into the murky bayou waters, calmly swam toward an alligator, prompted him to open his jaws and placed the chicken pieces into his mouth.

He then kissed the alligator…on the lips! And, even more surprisingly, the alligator didn’t kill him. I like to believe that the alligator spared his life because of his southern charm.

The airboat tour along the bayou was one of my first activities during a three-day visit to Jefferson Parish, an area in Louisiana surrounding New Orleans.

The reason Jefferson Parish is considered to be the ‘back door to New Orleans’ is because of its natural and historical roots that influenced the region’s culture and hospitality. Established in 1825, Jefferson Parish was named in honour of Thomas Jefferson and commemorates his role in purchasing the territory from France. Back in the 1600’s, Native American tribes, French colonists, Spaniards, Germans, Africans and Acadians all settled into the region. Their influence is still evident today and can be seen in the architecture, culture and foods found throughout Jefferson.

When Lance came back onto the airboat after his rendezvous with the alligator, he explained that the bayou is also a very important part of the parish’s history and livelihood. In fact, many of the restaurants I ate in, including the ACME Oyster House, the Bayou Barn, Mellow Mushroom and Boutte’s Bayou Restaurant featured local produce, shrimp, crabs, oysters and fish that came from the surrounding waters. Lance also said that the forests surrounding the wetlands are an important source of lumber and the Spanish moss found on the cypress trees are used for filing mattresses, furniture and insulation.

After the airboat tour, I headed over to Jean Lafitte’s Museum and National Park where I learned one of the downsides of being completely surrounded by water: hurricanes. Jefferson Parish has gone through seven disasters in the past seven years starting with Hurricane Katrina in 2005 and Hurricane Rita two weeks later; Hurricane Gustav swept through in 2008 and Ike came two weeks later. The BP oil spill also damaged the area in 2010, followed by Hurricane Lee in 2011 and Hurricane Isaac in 2012.

Jean Lafitte National Park is located along Barataria Bay which was used by colonists as a harbour for large vessels on the Gulf Coast. Canals were dug between the Mississippi River and bayous to transport lumber and the plantation owners cultivated the surrounding land for sugar and rice production.

The area was important for trade and – due to its vitality – it prompted brothers Jean and Pierre Lafitte to organize a group of smugglers and set up storehouses in Barataria in order to sell merchandise to merchants and plantation owners.

Not only did the wetlands have an influence in shaping Jefferson Parish, the city of Gretna, located on the west bank of the Mississippi River, brought trade, settlement and development to the region with its railroad links, further acting as the ‘back door’ to the city.