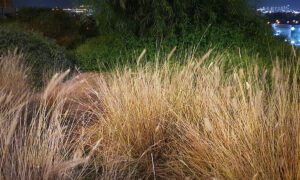 Can You Spot the Perfectly Camouflaged Chameleons in This 'Normal' Field of Grass?
0
Share Now
FacebookTweetParlerEmail
Copy Link 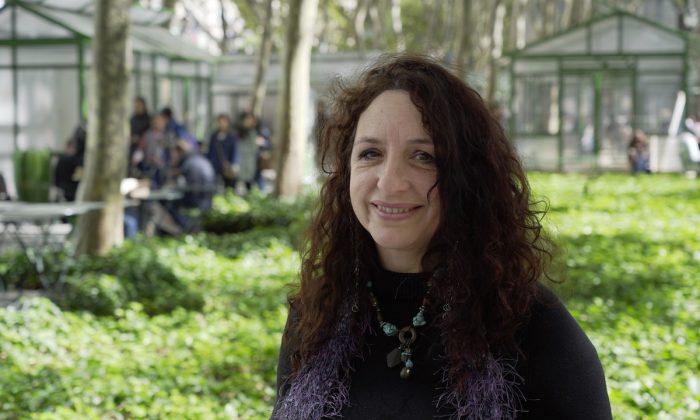 NEW YORK–This city is known for its fast pace of life, and New Yorkers are constantly on the move. However, one woman has made a point of taking a pause and getting to know her neighbors.

Five years ago, Liz Gannon-Graydon would go with her children to Broadway in Bryant Park on Thursdays. On a Thursday evening during the summer, the former teacher was in the park with her kids and friends. Some of the group walked to a nearby kiosk for coffee, but Gannon-Graydon wasn’t interested. One pal mentioned she was more of a tea drinker, and Gannon-Graydon said she was as well.

However, the friend said she really only enjoyed drinking tea out of a proper teacup. From that point, an idea was born.

At first, it started off as a small operation. Gannon-Graydon would bring a couple of china teacups that belonged to her mother and grandmother, and decided to grab a few extra cups in case people stopped by. Then she thought she’d also bring a nice tablecloth.

“That was how it started almost accidentally as a way to just kind of have a nice tea party in the park,” she told The Epoch Times.

For the last five years from the first week of March through the Christmas season, she has been hosting a free tea party in Bryant Park on Thursdays from noon until nightfall, weather permitting. However, this isn’t some minor operation.

To prepare, Gannon-Graydon wakes up at 5 a.m., and starts making seasonal baked goods, which she and friends pack along with about 35 teacups and saucers, tablecloths, napkins, sandwiches, and of course, tea leaves. She then travels from her home on Long Island into the city. When arriving in Bryant Park, she corrals some tables and chairs and sets up.

Around the same time she started her tea party in Bryant Park, her father was slipping deeper into Alzheimer’s. However, it was something he had said when she was a child that stuck with her.

“My dad had been a college professor and a civil rights activist in the 60s, and my first memory of the world was the assassination of Martin Luther King [Jr.],” she said.

Gannon-Graydon tries to create that sense of fellowship with her tea parties. She sets up the gathering with the idea that everyone and anyone is welcome. There are about 15 regulars, but anyone who walks by is also offered an invitation. If they make eye contact with her, she asks them to sit down.

The only people who passed by and she did not ask to join are Taylor Swift and Lady Gaga, because she didn’t want anyone to think the invitation had anything to do with their celebrity status.

She usually starts off with an icebreaking question to connect with the strangers that stop by. The conversation varies from topic to topic depending on the day and who shows up, and she tries not to steer the discussion. Guests include teenagers, professionals, the homeless, and tourists.

“For me, it’s about connecting with people at the level of their stories, and what they want to share,” Gannon-Graydon explained.

She vividly remembers a woman last year, who was seeking money and may have been homeless, stroll past the tea party. The hostess doesn’t carry any cash when she comes into the city, but she invited the woman to join them.

The stranger started to cry, and told the group about how she used to have tea parties with her grandmother with teacups just like Gannon-Graydon’s. The woman returns to the party every now and then.

Another regular is an 80-year-old who plays piano in the park. When he sat down at the tea party, the attendees learned that he was the first African-American to work at a New York advertising agency.

The tea party fosters a sense of community, even amongst strangers in the nation’s largest city. It’s a place where people can sit and enjoy each other’s company without any other agenda. Also, the aesthetic aspect of using real china and going all out with tablecloths and baked goods is therapeutic.

“I think the beauty matters. I think sometimes in the city we can get stuck … there’s a lot of kind of negative or ugliness going on, and the fact that we take our time to really make it beautiful, I think matters to people,” she explained.

Seeing the smiles on people’s faces and the sense of connection is incredibly gratifying for Gannon-Graydon, who just wants everyone to know they are welcome.

“I’m a native New Yorker, and I feel like people have this vision of what New York is, but I find New Yorkers are really warm, beautiful people if you get them to slow down enough to connect with one another … that’s what I try to do.”