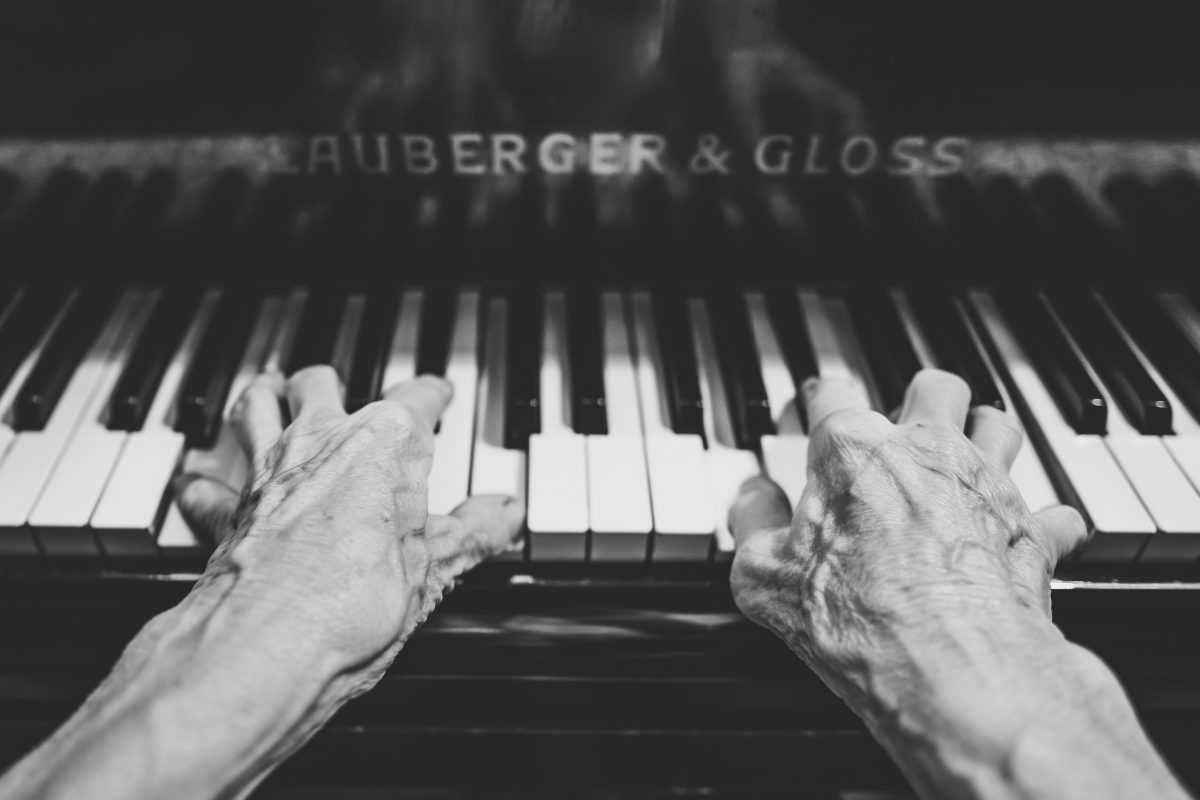 Aging in Harmony: Why the Third Act of Life Should Be Musical

It’s never too late to pick up a musical instrument. In fact, there are many reasons why it’s a great idea, particularly in old age.

We normally hear about reasons to increase music education for children, and for good cause. There are many cognitive and social benefits to playing an instrument that aid a child’s development. Consequently, as an older adult, there are long-term effects of having taken part in these musical activities, as it can limit cognitive decline.

Even a small amount of training can have long-lasting effects. But this doesn’t mean that those who have never played an instrument in childhood have missed the boat. The aging brain is plastic: That means it is able to learn new things all the time. So, should we consider an increase in music programs for those in the third age?

Playing Music as a Workout for the Brain

Learning to play a musical instrument is an extremely complex task that involves the coordination of multiple sensory systems within the brain. Many instruments require precise coordination between the eyes, the ears, and the hands in order to play a musical note. Using the resulting sound as feedback, the brain prepares for the next note, and so it continues. The act of music-making is quite a brain workout.

The relationship between the motor and auditory parts of the brain is strengthened when physically playing music. This may explain why adults trained to play certain melodies have an enhanced representation of music in the brain compared to adults trained only to listen to the same melodies.

As playing music involves many different parts of the brain, even a short-term program for older adult musical novices can lead to generalized improvements for cognitive ability.

Music as a Workout for the Fingers

Learning to play an instrument such as the piano involves many complex finger sequencing and coordination tasks. As such, it can be a great test-bed for learning to move fingers independently.

The creativity of music and the enjoyment people take in playing is particularly important for rehabilitation, as it encourages sustained practice leading ultimately to higher benefits.

It’s thanks to this that piano lessons have been used to successfully retrain hand function for patients who have had a stroke. The immediate auditory feedback from each finger movement is thought to help adults reduce errors in movement and work toward moving at a more regular pace.

Of course, many activities can be novel, such as juggling or knitting, but the advantages of learning an instrument can be found in the breadth of skills required to play. At Western Sydney University, we are investigating how piano training can be used with healthy older adults to improve their general hand function in unrelated daily tasks.

Music for Health and Well-Being

Often, the worry is that playing an instrument will be too difficult for older adults to manage. On the contrary, learning to play an instrument can provide a great sense of achievement and satisfaction.

Older adults relish the opportunity to learn something new. Cognitive benefits aside, music can also be a great social activity for older adults, facilitating social bonding and decreasing feelings of loneliness or isolation.

Music programs are linked to improvements measured in markers of the body’s immune system, such as the presence of antibodies and vital signs (heart rate/blood pressure).

It’s suggested that this is a consequence of decreases in stress that can happen when taking part in musical activities. However, further research is needed to determine exactly how this relationship functions.

It’s vital to understand how we can aid the current generation of older adults, in terms of both health and personal enjoyment. With the myriad benefits provided by playing a musical instrument, it would seem beneficial to have a wider variety of musical activities on offer to the older generation.

Wouldn’t it be great if the third age wasn’t viewed as a final descent from some midlife peak, but some new act of life that opens up these opportunities? Perhaps we should give older adults the chance to develop in ways they could never have imagined before.

Activities such as singing in a choir or playing the piano can provide this opportunity, as well as offering many general benefits to health and well-being.

So whether it’s in independent living, retirement, or assisted care, let’s make the third act of life a musical one!

Jennifer MacRitchie is a research lecturer in music perception and cognition at Western Sydney University in Australia. This article was originally published on The Conversation.