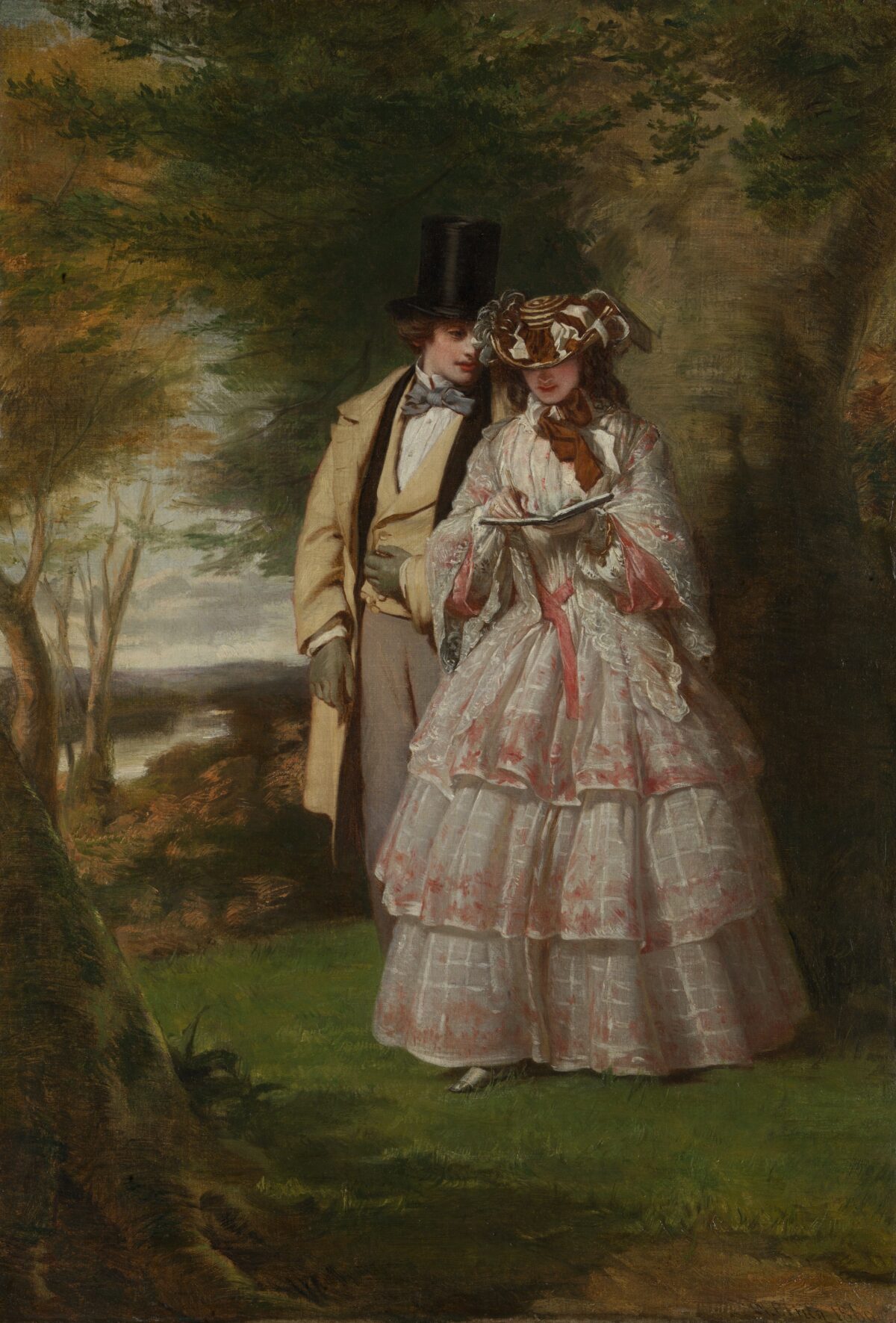 It's all in the details
BY Jeff Perkin TIMEJune 7, 2022 PRINT

“The Two Central Figures in ‘Derby Day’” by William Powell Frith is a small painting whose subject and title are associated with the artist’s much larger work; the man and woman who share a solitary moment in this painting are central to “Derby Day,” Frith’s renowned 1858 painting. In this smaller study, completed two years after his larger work, the sharply detailed pair stand out against a romantic natural backdrop. Perhaps it is after their trip to the derby, and she is writing down recollections of the day. It is a warm scene that invites the viewer to imagine what the young man may be whispering or to reflect on summery moments in one’s own life.

Oddly enough, besides the replicated pose and dress of the characters, this piece is very dissimilar to the larger painting in which they find themselves. Alone in nature, they seem to share a peaceful, meaningful moment. By contrast, their appearance in “Derby Day” is amid a chaotic scene of hundreds of other figures who attend a crowded derby in England.

“Derby Day” was exhibited at the Royal Academy in London in 1858, where a barrier was erected to hold back the public from the popular painting. Viewers understandably desired to get up close to examine the complex composition of various activities, dramatic facial expressions, and characters of diverse social standing. The painting speaks to the enjoyment Frith derived from analyzing people and their purposes rather than the event itself.

In the larger painting, the young couple’s closeness is almost overshadowed and drowned out. Nevertheless, what may have started as a sketch for the larger composition was later completed and the two figures were given a separate moment all to themselves. Frith’s commitment to detail allowed his oil paintings to be converted into engravings, and “Derby Day” was made into an exceptional engraving by Auguste Blanchard in 1858.