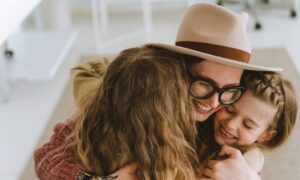 After 37 Years of Marriage, Man Does The Most Beautiful Thing for Terminally Ill Wife

After 13,337 days of marriage, a father in Tremonton, Utah, prepared a beautiful surprise for his terminally ill wife.

Greg Madson’s wife, Sherri, has been diagnosed with terminal liver cancer. That’s why Greg wears a t-shirt with “Fight Cancer” printed on it. His son had the t-shirts printed to raise funds for Sherri.

“The way things are going right now (unless we get a miracle), Sherri may only have a couple good months left with us,” said the son (only identified by his Twitter nick @JJMadson15) to Storyful.

“This was something extra special that we were able to help my dad put together for her.”

The son posted a video of this “extra special” thing on Twitter on Sunday, April 15.

The video shows the couple walking down pavement with chalk writing on it. “13,337 days of marriage,” it read. “Forever to go.”

Then they reach another message in chalk. It reads, “will you marry me again.”

This was actually a recreation of Greg’s proposal from decades ago. This time with Greg and Sherri’s children and grandchildren around.

But Sherri gave a surprising reply. She started to shake her head and said, “no.”

“She said no!” the son exclaimed.

“I wanted to do this for a long time, but I knew you’d be mad at me,” Greg said.

He took a ring hanging on a ribbon from a tree branch and knelt down.

Yet Sherri, it seemed, attempted to run away.

He grabbed her by her sleeve and pulled her back.

He then asked his wife if she’d marry him again.

“She said yes you big idiot,” Greg said, addressing the son, while wiping a tear from his face.

Then all their grandchildren came out in superhero capes and masks, armed with bubble kits.

The son said that after his dad proposed, “she and my dad both had a good cry.”