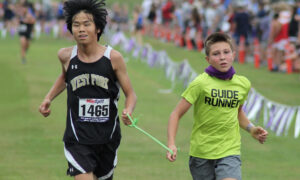 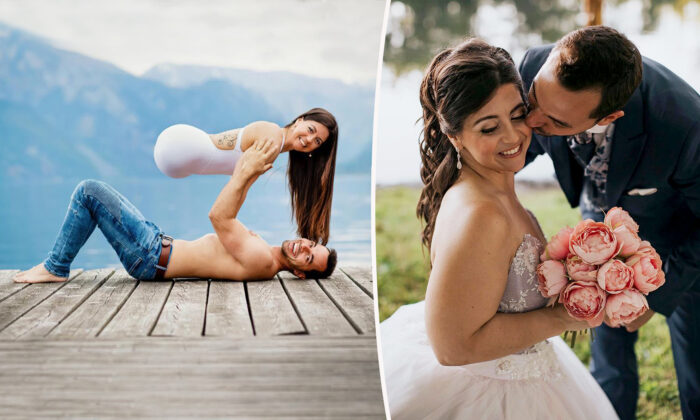 Aerialist Performer Born With No Legs Finds True Love, Marries Man From Half a World Away

An able young woman born without legs found love and married the man she deserves after making the most of the lot she was dealt in life.

He was inspired by her example. And this was what brought them together from half a world away.

Jen Bricker met her husband Dominik in 2018 during her book signing event, and they settled down a year later. Much led up to this, though.

As a baby, Jen was left in the hospital by her biological parents and put up for adoption. For the first three months of her life, she lived in a foster home.

She was then adopted by her family in southern Illinois and gained three older brothers in her new home.

Dominik is from another part of the world entirely, Austria, where he grew up on a small farm. His parents were (and still are) farmers.

Speaking in an interview with The Epoch Times, the couple shared about their journey in life, and in love.

She’d always loved sports since she was a kid and was naturally athletic. Her lack of legs did not bother her parents, who considered it “no big deal,” she said.

Jen was raised as a Christian and told she could do anything she wanted, as long as she put her mind to it.

“My family raised me that way, but then as I got older, it was my own decision to make,” she shared.

She said she realized God was working through her—by the fact that she had no legs, yet possessed such athletic potential.

“I started performing as an acrobat and aerialist,” she said, which she described as a performer suspended by silk bands, a circle, or another aerial acrobatic apparatus—a feat not everyone can manage.

At first, no one wanted to hire someone like Jen. Such a performance with such a physical difference as hers was entirely novel.

Jen’s “game changer” happened in 2009 when she got a trampoline performing gig with none other than Britney Spears, who featured Jen in acts all across the world—from the Staples Center in LA, to Maddison Square Garden in New York, to Australia, and beyond.

“Then the whole world wanted me to perform, leading to my speaking career,” she said. “My book came out in 2016 titled, ‘Everything Is Possible.’

“For the last several years, I have been traveling around the world, speaking and performing as an aerialist and then doing book signings as well.”

At one of these signings, Dominik met Jen for the first time.

The Austrian trombone player, who also loves singing, was, with some passion, exploring the meaning of life and its grand purpose, Dominik said.

Singing became his main vocation, and he eventually performed the title role in the opera “Le nozze di Figaro.”

“But always, it was not enough for me, I always wanted to know what life is about or ‘why am I here?’” Dominik told The Epoch Times. “Why was I born?”

One day, he saw a flyer for an upcoming event where Jen would be speaking and signing books, and he became interested. The flyer read, “God is leading her life, and God gives her purpose.”

“I bought a book,” the singer recalled. “That’s how we got to know each other and reading the book I just felt so much peace in so much, I was really inspired.”

Reading Jen’s book motivated him to reach out, and he was amazed by her personality. He texted her on Facebook, she responded, and they kept in touch via phone and video calls, followed by Dominik’s eventual visit to Los Angeles.

“We got to know each other, even better. And I learned all her about her relationship with Jesus,” Dominik said.

Thusly was their love seeded in the ground.

“I came up to the U.S. to see her again,” he added. “Two months later, she flew to Austria to spend the New Year’s Eve with me. After two weeks, she came to Austria again and I proposed to her.”

“My best friend came here as the best man for the wedding with his girlfriend,” said the husband. “He got engaged on the trip here just two days after our wedding. There was a beautiful story.”

Jen advises those who are dealt a similar lot in life that everybody is born with talents and abilities that they ought to cherish.

“Everyone has something to offer the world, and that’s the first thing,” Jen said. “Every gift, talent and ability is equally as important as anybody else’s.

“I want to encourage people that everybody, you have a purpose here, you were created for a purpose, you are here for a reason, and you can motivate and inspire. Everyone can touch and change someone’s life.”

Jen and her husband have been speaking, and even performing, together at public forums all over the world since they were married.

They motivate people from different walks of life, speaking at universities, churches, public events, and corporate events. Their main goal is to spread hope through sharing their life stories.