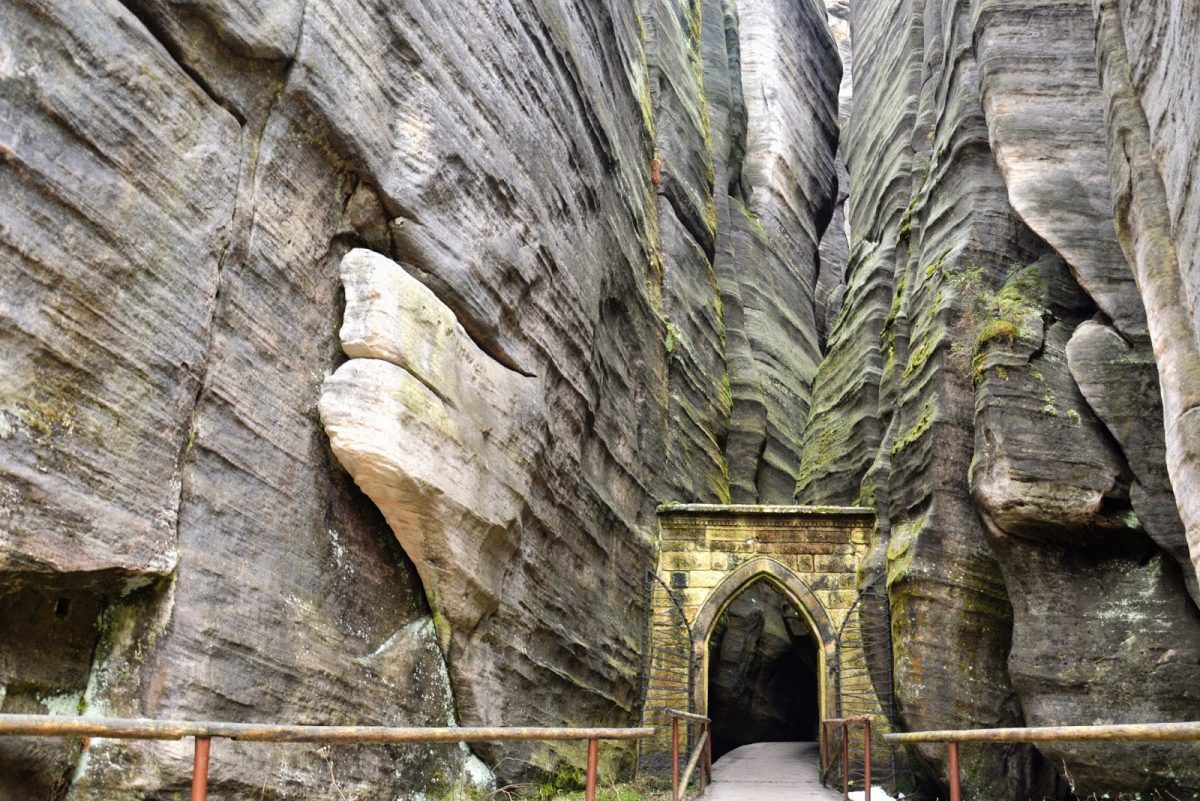 Most of those who visit Czech Republic head straight to Prague which is undoubtedly as beautiful as famous. However, very few travelers ever leave the capital and know about located on the other side of the country, near the Polish border, Adrspach-Teplice Rock Town. It’s not a “town” meaning a settlement built by people. The “town” is made naturally of huge rock formations that take the shape of pillars, columns, walls and labyrinths. It kind of resembles the famous Cappadocia region in Turkey. What’s interesting is that almost every rock has its distinctive name, for example “the lovers” or “the Johann Wolfgang”.

How to Get to Adrspach-Teplice Rocks

Considering the size of Czech Republic, Adrspach-Teplice Rocks are not that far from Prague, even if they are almost at the Polish border, on the other side of the country. The distance is 172 km (106 miles) and it takes around 2 hours 30 minutes to drive. If you don’t drive, you can take a train from Prague to Trutnov and from there change for another train to Teplice nad Metuji.

Another option is to visit Adrspach from Poland, if you are visiting the city of Wroclaw. The distance is around 100 km (62 miles). If you don’t drive, take a bus to Kudowa-Zdroj, cross the border to Nachod in Czech Republic and from there, take any bus going to Teplice.

The village of Adrspach offers a lot of different accommodation options, if you are planning to stay overnight.

It may seem surprising that the shaped by water and wind for millions of years rock town in Adrspach was literally unknown in the world for centuries. Local communities ventured there only in the face of danger or to escape from invaders. The first climbers and foreign visitors appeared as late as at the beginning of the eighteenth century. Quite a few famous figures of the 18th century visited the place, for example: Prussian Queen Louise, the Polish King Friedrich August, the Emperor Joseph II and many others.

However, the maze was still unknown for majority of normal population. Only after the great fire in 1824 the rocks began to emerge from the dense forests that once had grown there. In the nineteenth century, Adrspach rock town became more accessible when the paths and trails were constructed and the first regular visitors appeared.

The Trail – The Big Loop

The trail, in the shape of a big loop will take you to the most important and interesting points in the rock labyrinth. You will notice the first rock formations even before entering the park area. The best time to visit is obviously the summer, however I went there a few days after Christmas, there was no snow at all (which is highly unusual) and the weather was really nice. And, what’s most important there were very few visitors so the trails weren’t crowded at all.

There are thousands of strange rock formations and some of them, especially those that resemble something have unique names. You will get a leaflet full of information about basically each of them and a map that shows where exactly they are located. Right after the start of the trail, you can admire “The Jug” and “The sugar cone”. Then you will encounter The Metuje river which has a beautiful, unusual orange color. Together with the silver rocks it makes quite an outlandish scenery. The stream will lead you to the most amazing part of the rock town (in my humble opinion) – “The Gothic Gate” which looks as if all the walls and the passage was man made. The gate itself is obviously man made. Now you can admire really high rocky facade of the maze while walking along the little river. The whole gate and the walls remind of the rock town in Petra in Jordan, with the exception of the color.

After a few minutes of walking, you will see another natural wonder – a beautiful waterfall surrounded completely by the rocks. Keep going, climb the trail up and you will be rewarded with an extraordinary view of the whole panorama of Adrspach rocks. Then, squeeze through the mouse hole, keep walking and you will get to where you started.

Now, you are back at the beautiful blue lake that you passed when starting the trail. There is an additional loop trail around it and it’s also beautiful. It’s not a natural lake but a former sandpit that has been filled with water. Nevertheless, it looks beautiful, the water is clear and blue (almost like in the Plitvice Lakes National Park in Croatia). I was also lucky to visit the place in winter, because the water surface was partially frozen and a beautiful, star-shaped pattern was formed on it.