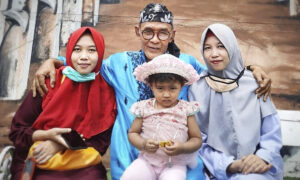 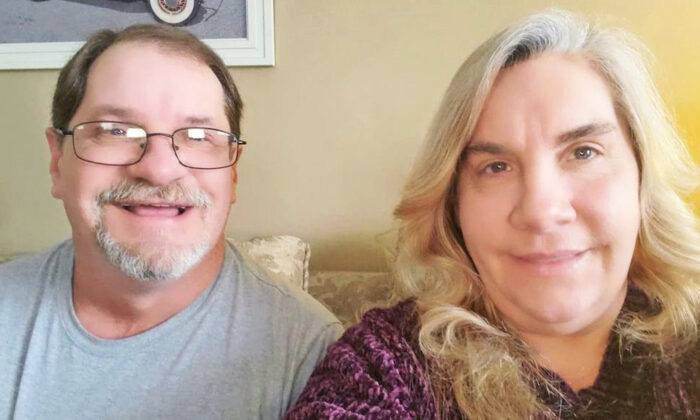 After accessing her adoption records in 2019, an Indiana woman learned of her twin brother. However, it was only this year that she found out that her sibling had been living just seven blocks away, and had even attended the same middle and high school.

“He’s my other half I didn’t know about for 50 years,” Karen Warner told The Epoch Times. “We are slowly getting used to the twin ‘things.'”

Karen, 51, from Elwood, was born in November 1969 and was adopted when she was only 3 months old. However, it was only at the age of 8 or 9 that she became aware of her adoption. She wrote in Newsweek that it never bothered her; she always assumed that there might have been a good reason for it and was okay.

What she didn’t know through the years, however, was that she also had a twin.

When the state of Indiana passed a law in 2018 allowing people to access their adoption records if they were born before Jan. 1, 1994, curiosity struck.

Karen contacted the Indiana State Department of Health and received her records in April 2019. She was ecstatic to discover that her biological mother had given birth to twins.

“I got to thinking maybe that is what I was missing in my whole entire life was the twin, and I just didn’t know it, and I didn’t want to feel that emptiness anymore,” Karen said in an interview with Fox59.

Karen immediately sprang into action and began looking for her sibling. The mother of three children contacted the Indiana Adoptee Network. In the next few months, she collaborated with search angels, took a DNA test on Ancestry.com, and even hired a private investigator.

However, it was to no avail, and by the summer of the next year, she hit a dead end.

“Ultimately my search came to nothing because we didn’t have a name or any information about where my brother was,” Karen told Newsweek.

In November 2020, Karen visited a local trustee office for some help with a utility bill. Turns out the trustee was following Karen’s story and suggested searching the state’s voter records, and it was the stroke of luck she needed. Soon thereafter, she pinpointed the names of three men who had the same date of birth as her, and who were born in the same hospital she was.

Two of the names she had already determined were not related to her, through the assistance of adoption search angels. The third name, Michael Jackman, was someone she knew from middle school and high school. They were both in the same band too. Michael played the drums, and Karen played the clarinet. However, they were just acquaintances and had never hung out with each other.

Karen then messaged him on Facebook and asked three questions: if he was adopted, if he knew the name of his biological family, and the hospital he was born in.

Michael answered that he was, indeed, adopted. He confirmed he’d been born at Saint John’s Hickey Memorial Hospital, and his biological family name was Cunningham, the same as Karen’s.

His answers matched all that Karen was looking for.

“I paused and said: ‘Oh my gosh, I think you are my twin brother,'” Karen said. “Michael told me he was shaking, but he gave me his phone number and asked me to call him.”

They later discovered that not only did they live just seven blocks away from each other, but Michael had even lived in the same apartment complex as Karen years before; he’d moved out just before she moved in.

The siblings had been passing one another their entire lives but were completely unaware that they were twins.

Now, after confirming their relation through a DNA test, the twins are spending time together and getting to know one another better.

“I feel like something was missing, and now she is here,” Michael added.

Karen echoed the same feelings as Michael. “I thought if I could find him that would fill that void, and it did,” she added.

Recently, the pair discovered that they also have three biological half-siblings.