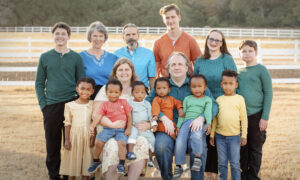 Texas Parents Adopt 6 Siblings Together, Doubling the Size of Their Family in One Day
0
Share Now
FacebookTweetParlerEmail
Copy Link 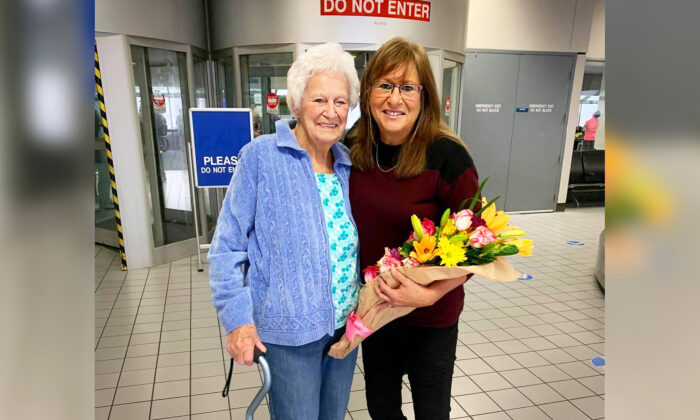 A Hunt County, Texas, woman says she has “a lot to be thankful for” in 2020, even though it’s a year that brought hardship to so many.

For Anna Taylor, this is the year she was reunited with her birth parents, more than six decades after being put up for adoption.

And she has since found a whole new family that have welcomed her into the fold with open arms. It’s something she never had growing up.

Despite the challenges presented by the global pandemic, Anna was able to meet both of her birth parents late last year and has begun a journey to forge relationships with them.

Anna, 62, says that reuniting with her birth parents has been “a wonderful emotional roller coaster.”

“Miracles do happen,” she told The Epoch Times. “Never in my wildest dreams of this would happen but it did. And I’m so thankful that it did.”

In 2019, Anna’s children got her a 23andMe DNA testing kit for Christmas.

Anna took the test, excited to find out if she was really Italian as her family said. However, she didn’t expect that the test would lead to identifying her birth mother.

Soon, the DNA search angel who was assigned to assist Anna and Ashley had identified Anna’s birth mother, Ada.

At first, Anna says she didn’t have the “nerve” to message her mom; so, Ashley stepped in and did it for her.

“I think she was really, really nervous, mostly for rejection,” Ashley said.

But eventually, Anna worked up the courage and called her mother. Things took off from there, and at the end of October 2020, Ada, 85, flew out from Connecticut to meet her biological daughter. They had a tearful reunion at the Terminal C baggage claim at DFW Airport.

“Words can’t express how I felt after 62 years meeting her,” Anna told The Epoch Times. “It was, other than having my grandchildren, my children, the best thing that ever happened in my life.”

“I think [Ada’s] been waiting for that for a long time,” Ashley told KHOU11.

“She kind of kept all this bottle up for 62 years,” Anna added. “She never told anyone but her husband. No one knew about me.”

After their reunion, Ada shared who Anna’s father is: Nicholas, who is 87 and lives in New Orleans.

He lives in a VA nursing home, where Anna met him in person for the first time, while maintaining a 6-foot social distance requirement, due to concerns over the virus. Despite having had a stroke, Nicholas is in good health.

“He’s a young 87,” Anna explained. “He had a little mini stroke that paralyzed the left part of his body. So that’s why he’s in a nursing home.”

Anna has since kept in contact with both parents and her new extended family. Going forward, there is a lot to look forward to.

“All the hard emotional parts are over with,” she shared. “Now it’s all just making memories.”

For Christmas, Anna had planned a trip to Connecticut to visit her mother, but due to the pandemic, she had to cancel her trip, which she said was “a little disappointing.”

But she was able to make the trip to Louisiana, where her dad lives, and was able to visit him, her sister, cousins, nieces, and nephews.

Anna only got to spend 45 minutes with her father at the home where he lives due to concerns of the virus. But she said that during that time, he seemed “funny” and “a loving little character.”

She added that her family has grown at a seemingly exponential rate this past year.

“It’s been crazy,” Anna said. “We’ve had a lot of people that have entered my life in the last eight months.”

As someone who didn’t have much of a family growing up, the experience has been incredible for Anna. She says she’s grateful to be welcomed into such a loving family. “Because you hear all these horror stories about finding their family and they don’t want anything to do with you.”

“It’s been a very emotional and wonderful journey,” Anna added. “Now I have a mom and dad.”