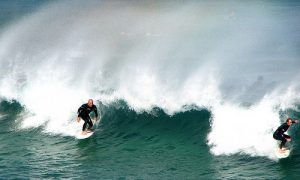 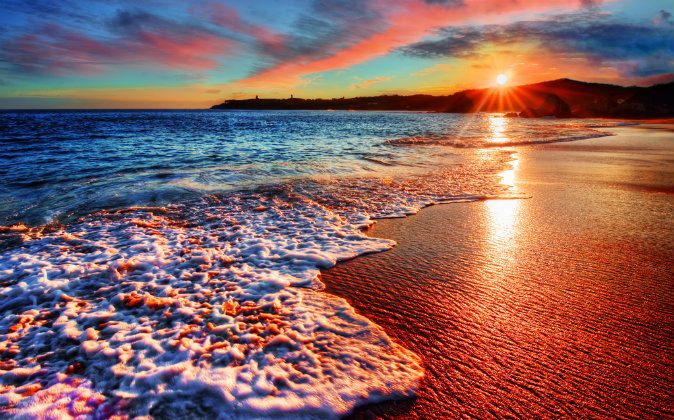 Byron Bay, located about 800 kilometers (480 miles) north of Sydney, is the easternmost point in Australia. During its formative years the town was discovered by hippies, who inevitably came for a week and stayed for years, leaving their indelible stamp on Byron Bay’s culture. The laid back, alternative lifestyle that persists to this day has made this small town of 30,000 residents the third most popular holiday spot in the country. Although the hippies have either grown up or moved away, today Byron Bay hosts events such as yoga retreats, pagan gatherings and music festivals that attract an eclectic mix of backpackers, surfers and musicians, as well as the affluent baby-boomer contingent.

I have come here for a number of reasons. First, it has beautiful beaches and anyone who knows me at all knows I am a beach bum at heart. Second, it is warmer because it is about eight hours north of Sydney – and I am definitely over being cold. Third, for the Yoga. Fourth, it is a surfer’s paradise. I chose to fly because it would be quicker (and cheaper) than renting a car, but the weather did not cooperate – rain poured down all morning and the Sydney Airport was closed three times (each time the control tower was hit by lightning), so I did not even arrive in town until after 4 PM. I checked into my hotel, dumped my luggage in my room, and hurried across the street to see the beach before the light failed.

The view from the top of the dune took my breath away. Directly in front of me a deep turquoise ocean lapped gently upon a wide golden-pink expanse of sand. The sun’s descent behind distant mountains diffracted the fading sunlight, throwing rays up into the evening sky like an array of searchlights in a perfect arc. As the sky turned from pink to gold to orange to purple, I walked up and down the beach shooting one spectacular photo after another of the sunset over Byron Bay. Sometimes, when I am shooting, I am unsure whether or not I am getting good quality photos. In this case I knew with certainty that these would be incredible shots and when I downloaded them into my computer I was not disappointed. My only problem was which ones to use on the blog. I simply couldn’t narrow down the choices – they are all so beautiful – so I decided to upload the entire series.