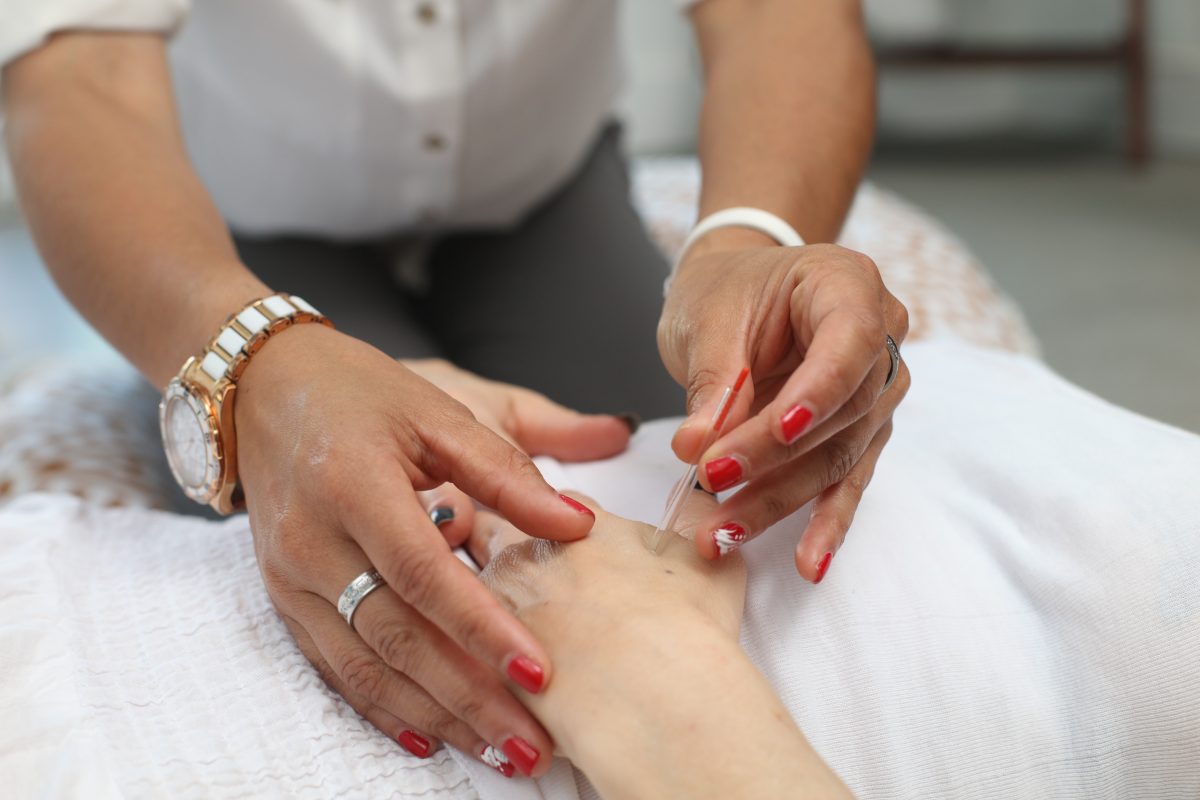 Acupuncture is now being accepted as an effective treatment by growing numbers of American doctors. (Antonika Chanel/Unsplash)
Traditional Wisdom

The opioid crisis ravaging the United States is fueling a paradigm shift in health care as patients, doctors, and medical organizations search for non-drug options to treat pain—with the understanding that medicine should cure the underlying ailment rather than just alleviate the symptoms.

This search has seen acupuncture move from being a fringe therapy, as it was 40 years ago, to being accepted as an effective treatment by growing numbers of American doctors.

In 2017 The American College of Physicians (ACP) included acupuncture in its recommendations for first-line, non-drug treatments for acute and chronic low back pain.

In 2018, as part of an effort to wean the Americans away from opioids, the nation’s largest healthcare accrediting organization, the Joint Commission, required hospitals to offer non-drug treatments, including acupuncture, as standard-of-care for treating pain.

Another big policy shift could come later this year if the White House carries through with a proposal that would allow Medicare coverage to include acupuncture. This would offer a “bright future” to many Americans suffering from acute and chronic pain, said Dr. Chen.

Dr. Chen came to the United States in 2001 to teach at the New York College of Health Professions. In 2004, he opened his own clinic and has been developing new techniques to treat pain with acupuncture, including treatments that help patients escape long-term use of painkillers.

Some patients to come to him to get off pain medications after they have used them for long enough to start feeling uncomfortable side effects, he said. For example, someone may have been taking a painkiller for headaches but has begun to find that the drug now gives them stomach pain. This leaves them trapped—forced to choose between one pain or the other.

The good news for these patients is that acupuncture can be an effective treatment for the vast majority of muscular and soft tissue pain, including low back pain, joint pain, knee, head, neck, and jaw pain, and much more, Dr. Chen said.

Dr. Chen recalled one patient, a man in his 50s, who came to his office after being scheduled for surgery for a herniated disc. It was a month until the surgery could be performed and the man was desperate to relieve the pain. After the three weeks of acupuncture treatment, his pain disappeared, said, Dr. Chen. When the man went for his pre-operation exam, Dr. Chen said the doctors told him he no longer needed surgery.

Many patients also come to Dr. Chen to try Chinese medicine after not getting good results from other treatments including physical therapy, collagen injections, and even surgery.

Dr. Chen said patients should notice some relief after the first acupuncture treatment and it usually takes anywhere from two to ten treatments to resolve an issue. If patients don’t feel some relief after treatment, Dr. Chen and the other five doctors in his office have a policy of trying a different treatment.

During his time teaching in the United States, Dr. Chen has also been learning from modern medical theories of pain treatment, such as trigger point therapy and myofascial release.

His studies have led him to pioneer treatments that combine these treatments with traditional Chinese medicine. Dr. Chen said the results are faster and more stable.

He calls his new technique motion acupuncture because after the needles are placed, patients do a series of rotating and stretching exercises instead of lying still on a bed, as with traditional acupuncture.

The motion gets the muscles and tissues in the affected area moving together, and the addition of the needles stimulates the superficial fascia.

Fascia is densely knit connective tissue that holds the entire body together. Superficial fascia is like a very tight sweater right under the skin, but the fascial web also penetrates into muscles, bones, nerves, arteries, and veins, and thus like telephone wires, can transmit signals from the surface deep into the body.

Dr. Chen said his approach helps the superficial fascia communicate with the deeper muscles and fascia allowing them to release tension and alleviate pain.

With motion acupuncture the needles are placed less deeply, Dr. Chen said, because if they were put far into the muscles, patients would not be able to move.

Because the patient is moving, the doctor does not need to stimulate the needles, either manually, as is traditional, or with electric pulses (electroacupuncture). Dr. Chen said that motion acupuncture can be more comfortable for patients because the needles are not being moved.

The results have been so good Dr. Chen said he has already been asked to give seminars and teach students. He is also working on a book that explains the method.

But he’s not claiming that the treatments are a panacea, and he respects the limits. He recalled treating one 60-year-old woman who came in with back pain and after two months saw no improvement in her condition. He recommended an MRI and the results came back that the pain was caused by cancer.

While Chinese medicine can aid cancer recovery and in China it’s used for hundreds of conditions, Dr. Chen said in the U.S. it’s most often used for treating less critical conditions, like pain, obesity, and infertility.