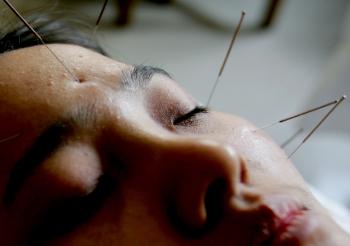 Chinese medicine is a complete system of healing that first appeared in written form around 100 B.C. China, Japan, Korea, and Vietnam have since developed their own distinct versions of the original Chinese system.

Qi balance is described in terms of yin and yang, which represent opposing qualities of energy. Human beings are considered healthy when the qi circulating in each meridian is balanced regarding yin and yang, sufficient in amount, and moving freely in the correct direction.

Acupuncture, one of the major treatment modalities of Chinese medicine, is the oldest and most commonly used medical procedure in the world. Acupuncture has been used alone or integrated with Western medicine to treat a variety of psychiatric conditions, such as depression, anxiety, insomnia, pain, and addiction. There is ample scientific literature to support the use of acupuncture.

Qi (also spelled “chi”) is the essential concept in Chinese medicine. Qi is a form of energy that exists both inside and outside the human body. For example, common terms describing human physiology, such as blood qi, defending qi, organ qi, meridian qi, nutritional qi, and that describing pathogenic energy from outside, such as qi for wind, dampness, heat, cold, and dryness, reflect that qi is the energy behind every aspect or function of ourselves or the universe around us.

The quality of qi is categorized into two major groups: yin and yang. Yin and yang are opposite energies but exist interdependently. Yang qi needs yin qi’s nourishment in order to function, and yin qi needs yang qi’s function in order to be produced and utilized.

When yin qi is deficient, yang qi will be in excess. This can manifest in symptoms like hot flashes, night sweats, anxiety, restlessness, elevated blood pressure, and constipation. When yang qi is deficient, yin qi is in excess, which can manifest in increasing feelings of coldness, fatigue, diarrhea, and slowed metabolism, with water retention, lower blood pressure, and psychomotor retardation.

Major depression is the extreme psychiatric manifestation of a yin excess and yang deficiency. Mania is the opposite, with extreme manifestation of excessive yang qi and deficiency of yin qi. The abnormal transition between extreme yin and extreme yang is similar to the pattern of cycling in bipolar disorders. A primary treatment goal of physicians of Chinese medicine is to balance yin qi and yang qi.

Owing to the inclusive, interrelated, web-like nature of the meridian system model in Chinese medicine, specific connections between each meridian, and physical and emotional functions are available, making it a complete paradigm for understanding physical and mental health.

Cognitive and emotional expressions are viewed as components of qi, and each meridian is responsible for specific mental functions and emotions. For example, grief is expressed through the lung meridian, and people in a grieving process may be more susceptible to upper respiratory infections.

While the biomedical model might explain such an association in terms of diminished immune responsiveness from the chronic stress of grief, Chinese medicine would characterize the problem in terms of the emotional stressor, causing imbalance in the lung meridian (that governs grief), which becomes relatively qi deficient.

In Chinese medicine, emotions and mental functions are not confined to the brain but are viewed more as the interaction between the brain and the meridians. Another way of looking at it is that the brain is part of each individual meridian. Each meridian’s health affects the brain, a so-called extraordinary organ in Chinese medicine.

Dr. Yang is a board-certified psychiatrist and is a fourth-generation doctor of Chinese medicine. His Web site is taoinstitute.com